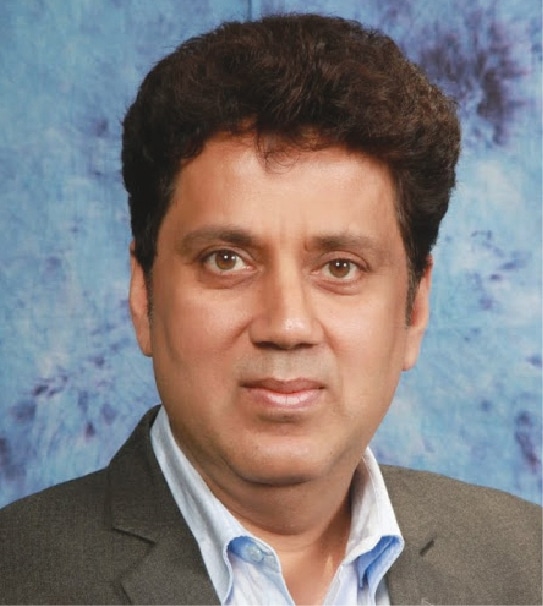 Gone are the days when the world of open source software was limited to a handful of developers. In the last decade, it has gained acceptance from and been embraced by enterprises. Today, open source development stands for stability, security and innovation. By opening the code to widespread examination, more and more people participate in finding its bugs and security flaws, and in offering new ideas. When we think of open source, one of the first names to come to mind is that of Red Hat. The company has been involved in open source communities since its inception more than two decades ago. From Linux to Apache in the 1990s to Kubernetes and the Cloud Native Computing Foundation, the company is a part of hundreds of open source communities and trade groups.

Hitesh Sahijwaala, director – sales, Red Hat India and South Asia, talked about the evolution of open source in India, and how the Indian government and enterprises have both realised the benefits of opting for it over closed source, in an exclusive chat with Syeda Beenish, consulting editor, OSFY. The excerpts follow…

Q How has open source evolved to become the new norm for enterprises?

Digital transformation continues to be the top priority in every board room across verticals. As a result, more and more enterprises are leveraging technologies such as the cloud, mobile, Big Data and social media, coupled with organisational innovation to create new ways of doing business to drive growth and differentiate themselves from competitors. Open source is seen as a default choice for enterprises. Technology is changing too fast and open source can help businesses keep up with the pace.

Our 25 years of experience has proved to us how open standards bring people together to collaborate. It unlocks the potential of solving complex problems across various industries, such as financial services, telcos and governments. User participation in emerging technology trends, such as the cloud and containers, is strongly driven by open source. In simple words, open source not only helps organisations meet their current needs but future business demands too.

Q How do you see open source in India? Is there anything unique about how the Indian market has adopted open source?

Today, open source software has become the de facto delivery model for all types of enterprise software and is at the core of every emerging technology. It allows an organisation to build an ecosystem that is robust and secure. It promotes faster innovation, enabling firms to scale up, modify and add new features according to the changing trends and customer demands. The introduction of a well-defined open source policy and its successful embracement by the Indian government has further boosted adoption, and has helped even the sceptical users to adopt the technology.

In my view, there are many key drivers of open source adoption in India. One is the fact that ours is the fastest growing major economy; second is the impetus given to large scale infrastructure projects by government led initiatives like Digital India or Make in India and third, all this is backed by a huge pool of developers who not only use open source but also actively contribute to the community.

I see a tremendous opportunity for open source in India, to help the country accelerate digital transformation across industries such as BFSI, telecom, services and so on. In fact, open source has already been embraced in a big way— the Aadhaar project is a case in point. UIDAI is built on an open, scalable and secure architecture to meet the needs of the Aadhaar project. Similarly, by using Red Hat technology, the NSE has been able to reduce its costs by close to 80 per cent in some areas. Some other examples are the BSE, EPFO, MyGov, etc, where Red Hat continues to help organisations design solutions based on open source.

Since our earliest days, Red Hat has had a company culture rooted in open source principles, which creates part of our strategic competitive advantage. This choice to be open is not always easy.

We started 25 years ago with a subscription revenue model. At that time, people laughed at the idea and were confident that such a model would never work. This confidence was further boosted when the public realised that Red Hat was based on open source products. Open source at the time was still adopted on an experimental basis and proprietary software was considered more secure.

However, fast forward 25 years, and Red Hat has not only proved everyone wrong by becoming one of the world’s largest open source companies, but it is the first USD 3 billion open source company. It is listed on the S&P 500 and has had 66 consecutive quarters of revenue growth. Today, we offer a wide product portfolio that spans across the cloud, middleware, storage, virtualisation and management. No other company comes close to our portfolio stack in the open source space. Also, industry-wise, 100 per cent of Fortune 500 companies use Red Hat products and solutions – airlines, telcos, commercial banks, the US Executive Department, etc. The company has been recognised by Forbes in its list of Top 25 ‘World’s Most Innovative Companies (August 2016)’. Red Hat Enterprise Linux is the global growth leader and Linux market share leader of new licence paid shipments and subscriptions for operating systems and sub-systems.

We saw how open source development and licensing unlocked the potential to create better software for our customers. And since then, the same open principles have been unlocking our potential to improve anything and everything, from hardware and education to civic engagement and leadership. Further, 25 years from now, Red Hat believes it will continue to advance the power of open source to unlock the world’s potential.

Q What are the challenges faced by enterprises today?

The rapidly changing digital technologies and the convergence of the physical and digital worlds is driving up IT complexities. Enterprises need IT infrastructure that delivers speed, scalability, flexibility and faster innovation to help the business flourish. Applications and solutions built on Red Hat open source are easy to integrate with existing systems and also third-party solutions, leading to faster business processes, making the organisation more agile and efficient.

Q How is the role played by open source in AI and the cloud going to impact the ecosystem?

Open source has made way for many technological advancements, including cloud computing, AI, IoT and blockchain. The open source community is much larger and quicker to innovate than any single vendor’s engineering team. A lot of companies have realised that at the infrastructural level, they can only do so much alone, but when efforts are combined, extraordinary things happen. As a result, more and more organisations across verticals ranging from automobiles and banks to consumer products are now contributing to, distributing and using open source software within their enterprises and product portfolios.

Q How do Red Hat’s offerings enable enterprises to drive innovation and strategy?

We at Red Hat always strive to understand that our customers’ business needs are key to their success. Thus, we are able to create a seamless customer experience for them. One uniqueness of Red Hat’s business is our ‘value of subscription’. The applications and infrastructure that companies need to run are changing at a rapid rate. With a Red Hat subscription, customers not only get a robust, scalable and flexible IT application platform that meets their performance, security and budgetary goals, they get access to world-class expertise and a culture of innovation and collaboration that supports them throughout their entire infrastructure life cycle. In addition, customers have an insight into our product roadmaps so they can plan better. Further, Red Hat customers can influence roadmaps based on their business needs.

Customers value the open source ethos of transparency, community and collaboration, and we help them consume the innovation of open source-developed software. We are using our newly launched Red Hat Open Innovation Labs to take our knowledge and experience directly to our customers. The lab can be accessed by way of a residency, or as a virtual or pop-up setting, where Red Hat consultants, engineers and subject matter experts (SME) collaborate and work closely with customers to modernise existing applications. They might also create new ones using open source and DevOps.

Q Can you elaborate on Red Hat’s community-powered approach to providing reliable and high-performing solutions?

For Red Hat, open source is the way of life. We are on a mission to be the catalyst in communities of customers, contributors and partners to develop better technologies using open source. We contribute to communities that are changing the landscape of technology—from the operating system and developer toolchain to middleware, the desktop and the cloud. Many individual Red Hatters participate in projects that interest them, and our development teams contribute code to many upstream projects. Red Hat’s participation provides open source projects with expertise and infrastructure that strengthens these projects. Our most well-known community involvement is with Fedora and CentOS. We’re also very active in the JBoss developer community, which is where numerous application server and middleware projects reside.

Likewise, there are several other community projects. These projects are the technology foundation of Red Hat’s commercial products. We acquire various open and closed source technologies, make them enterprise ready and give the code back to the community. Through its work in open source communities, Red Hat maintains strong relationships with customers, developers and partners across the IT industry, including organisations that compete with Red Hat.