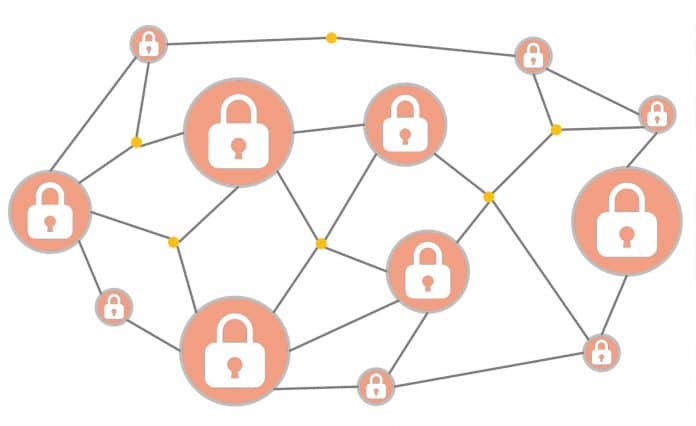 Navigating the online world safely has become a real challenge over the last few years. The spate of hacker attacks around the world today are said to be intensive and sophisticated. It looks like performing our routine online tasks is going to be fraught with danger, and we need to be wary.

Digital money is being subjected to a number of cyber security attacks today. Blockchain technology is therefore being used to protect data from being modified. This trend will transform the technology and IT sectors in the coming years, similar to what the Internet did to the world in the 90s and early 2000s.

Even though hackers are getting better at their work, the ways to combat them are also improving fast. Today blockchain technology can be used to protect data from cyber attacks and to improve cyber security across industries.

Blockchain has been around for just a decade. Initially, it was introduced as a way to store and send the digital currency, Bitcoin. But, today, it is used in a variety of sectors such as healthcare, real estate, retailing, finance and cyber security.

The blockchain is a distributed ledger to maintain records among users without relying on third parties. It exists as multiple copies spread over multiple nodes around the world. Everything is secure and each new block gets connected to the previous one. Also, the transactions stored in a block are immutable.

Existing security mechanisms within the blockchain
Blockchains are distributed networks that have millions of users all over the world. Every user can add information to the blockchain and all data is secured through cryptography. Every other member of the network is responsible for verifying that the data being added to the blockchain is real. This is done by using three keys (private, public and the receiver’s key) that allow members to check the security of data while also being aware about how this security is achieved.

How blockchains get formed
A verified piece of data forms a block, which then has to be added to the chain. To do this, blockchain users have to use their respective keys and powerful computing systems to run algorithms that solve very complex mathematical problems. When a problem is solved, the block is added to the chain and the data it contains exists on the network for ever. At this stage, the data can’t be altered or removed.

Blockchain technology provides one of the best tools we currently have to protect data from hackers, preventing potential fraud and decreasing the chance of data being stolen or put into danger.

In order to destroy or corrupt a blockchain, a hacker would have to destroy the data stored on every user’s computer in the global network. This could include millions of computers, with each one storing a copy of some part of or all the data. Unless the hacker could simultaneously bring down an entire network (which is nearly impossible), the undamaged computers, also known as nodes, will continue running to verify and keep a record of all the data on the network. The impossibility of a task, like taking down a whole chain, increases along with the number of users on a network. Bigger blockchain networks with more users have a lower risk of being hacked.

Blockchain technology has impacted the cyber security industry in a few ways. The HYPR Corp is a New York based company that provides enterprises with decentralised authentication solutions, which enable consumers and employees to securely and seamlessly access mobile, Web and Internet of Things (IoT) applications. It uses blockchain technology to decentralise credentials and biometric data to facilitate risk based authentication. It invested US$ 10 million in 2018 on this platform. NuCypher is another blockchain security company which uses distributed blockchain systems proxy re-encryption. It also has an accessible control platform and uses public-key encryption to securely transfer data and enforce access requirements.

Blockchain is one of the biggest tech buzzwords in the last few years, and the technology is being marketed as a cure for everything including cyber security. The US Ministry of Internal Affairs and Communications implemented a blockchain based system for processing government tenders in March 2018.

Blockchain is like the Swiss knife for all our cyber security concerns. Financial transactions are typically guaranteed by a trusted third party (such as PayPal) and the blockchain can be used to automate that process, reducing overall costs by cutting out the middle man with autonomous smart contracts and by acting as a trusted intermediary between parties on the network.

Amid the growing adoption of blockchain, the US based Defense Advanced Research Projects Agency (DARPA) is also funding and backing the use of blockchains to help secure highly sensitive data pertaining to everything from nuclear weapons to military satellites. Stocks, mutual funds, bonds and pensions may be one day stored in a blockchain, as many financial organisations are exploring this new technology.

The cyber security industry today is significantly impacted by blockchain technology. By removing much of the human element from data storage, the blockchain significantly mitigates the risk of human errors, which is the largest cause of data breaches. It is a decentralised distributed ledger system which is used to record data transactions across multiple computers. Blockchain technology can be used to prevent any type of data breaches, identity theft cyber attacks or foul play in transactions. This ensures that the data remains private and secure.

A few ways in which blockchain can aid in cyber security are given below.

The rise of smart devices and other largely autonomous technologies has also exposed us to high levels of hacking. The Internet of Things has provided another route to hacking that is less prone to early detection, and hence may give rise to phishing scams. Experts are now relying upon blockchain technology to recognise invalid or potentially corrupt commands and inputs, and to prevent the shutting down of a system’s functionality completely.

Data is a universal currency. A single consumer ‘s data is worth at least US$ 240 per day and likely much more, according to one source. Storing data in a centralised database is reckless these days, as it can easily be attacked by hackers. The blockchain is decentralised by nature, which means there is no single point of penetration for hackers to invade.

We are living in the age of cyber warfare, which is more dangerous than a ransomware intrusion against a corporation. The federal government of USA was the target of 61,000 cyber attacks in 2017, each of varying levels of danger. High-level blockchains are known for their excellent security features and can limit the damage caused to infrastructure by cyber intrusion. Blockchain DNA cyber defence security systems will provide a new state-of-art cyber defence system.

Finally
Blockchain is not just about cryptocurrencies anymore. The blockchain adoption rate is growing extremely fast globally, across multiple industries.

As cyber attacks become inevitable, security professionals have to find new solutions to tackle cyber miscreants. Blockchains have drawn worldwide attention for their ability to create highly transparent and secure systems for such purposes as transferring money. Forging entries in a blockchain based distributed ledger is extremely difficult, since data is shared by everyone in the system rather than stored on a single computer.