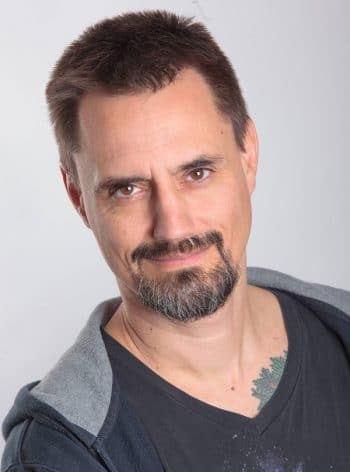 JFrog claims to make software development easier and faster, and enable firms to reduce their development costs. To understand the basis of this promise, Rahul Chopra, editorial director, EFY Group, spoke to Fred Simon, co-founder and chief architect, JFrog and here’s what he discovered…

Q. How would you explain JFrog’s solutions to a senior business decision maker?

A. It’s a fair question, as we have been – and continue to be – a developer-driven company that makes tools and solutions for developers. Originally, we were a team of engineers working on Java and had the task of solving some package management pain during the J2EE (now Java EE) transformation. So, it was all hyper-technical and hard to explain to non-engineers.

Today, it’s a bit easier. As the world moves towards cloud-native applications as the default and every company is now a software company, the benefits of software management and delivery are now mission-critical. We see that as this industry maturity has taken place, software conversations are now management-level conversations. So, it’s now a very simple proposition: You are getting business demands for faster, smarter, more secure software. And you must “release software fast, or you die,” as we like to say. Competition is fierce, so if you can provide value to the end-user faster and smarter without downtime – what we call “Liquid Software,” you have a competitive edge. JFrog helps you achieve these goals faster as a DevOps organization.

Q. How does the explanation change, when explaining it to a senior techie like a CTO?

A. At this level, it is even simpler. You have historically released software once a quarter or even once a year or more. You know that this demand has changed with cloud, microservices and agility movements. We give you the ability to get a new version rapidly, control where the version was validated and how it ends up in runtime as quickly as possible. We’ve been doing this for more than 10 years at scale. When we started, our customers managed a gigabyte, then later a terabyte and today we have customers with petabytes of binary software creating dozens or hundreds of builds a day.

Q. You mentioned the word ‘control’. But, a lot of developers do not like control. So, how would you explain JFrog’s promise to them, what would your pitch be?

A. The word “control” to a developer’s ear can sound like something being imposed on them. It’s “someone else’s” control. But the developer roots of JFrog demand that we provide speed and agility to developers, giving them as much control over their environments as possible without sacrificing their speed.

Q. According to you, the drivers within the company are the developers, who then take it to DevOps, then to CTO and the CEO signs the cheque? Is that how it works?

A. Yes. JFrog to date has only had an inside sales force with no outbound sales. The first time we ever talked to a company was because the developer said that they needed a professional version of JFrog tools. Then we started the discussion with the managers and so on up the chain. Developers – as some like our friends at RedMonk have said – are still the kingmakers.

Q. Can you explain the term ‘Liquid Software’ that’s been mentioned quite a few times on your website?

A. The concept of Liquid Software is to enable continuous, secure, seamless updates of every piece of software that is running without any downtime. This is very different than the traditional build, package, distribute once a year model. The old way doesn’t scale. The new world of Liquid Software makes the update process nearly seamless from code to end device.

Q. Has the shift to “everything-as-a-service” become the main driver for this concept of Liquid Software?

A. Yes. People are not making software as a service, they are delivering services. They are using our Liquid Software pipeline delivery process for every kind of delivery. It’s important to note that “as a service” isn’t just for cloud, but is in fact the standard for every type of software delivery.

Q. How’s JFrog connected with open source and how does it shift to an enterprise paid version? What is the licensing model at JFrog?

A. We have an open-source version licensed under AGPL. This open source version allows you to do many Java-related works, and is sometimes where developers start to “kick the tires.”.There is also an edition specifically for C/C++ developer utilizing the Conan framework. Since most development shops do more than one type of development, our commercial versions – starting with a Pro subscription – universally support all package types. From there, there are other plans available that include HA, Security and Compliance tools, Distribution and more. We have also recently added JFrog Pipelines for  full automation of your pipelines across the organization. So, you can choose what makes the most sense for them, and JFrog can grow alongside your needs as you mature your DevOps and DevSecOps infrastructure.

Q. Do you have a different set of solutions for developers depending on whether they are developing for the web, mobile, IoT?

A. No, we are universal. You don’t need to re-install different things for different technology. So, if you are a Ruby developer or a Python developer or if you have Docker, Debian, Microsoft or NuGet, then you get everything in one single tool. Pipelines are so unique to each organization that we need to support all of it.

Q. Are there any specific solutions or capabilities that you have developed for IoT?

A. Yes. Quite early on we worked with customers on an IoT offering. We provided an IoT-specific solution, which is an extension of Debian for IoT, and we also have Conan and Yocto. Controlling and increasing the speed of delivery is something that is in the early stages of the IoT environment. So we are helping in this integration and providing tools that are enabling different technologies on your JFrog platform that are tailored to an IoT environment.

Q. Overall, how important is India, both as development and tech-support centre for JFrog globally as well as a market for JFrog?

A. JFrog opened its first office in India more than three years ago, with a development office working on JFrog Insight and JFrog Mission Control (which provide pipeline tooling and performance visibility). We purchased an organization called Shippable at the beginning of this year for their technology and their R&D team, who then created JFrog Pipelines product. They are also located in India, so India has been and is increasingly important from both an R&D and support perspective. A lot of our senior support force is in India, so we need really good developers working at JFrog to handle the high-tech support volume. We are already at 60 employees in Bangalore and have recently appointed a General Manager. As you know, JFrog is now a company of more than 500 people. We are also growing our marketing and sales teams in India that will help drive the DevOps revolution for Indian customers.

Q. Are these more of a global account that have shops in India or are these Indian companies?

A. Both. We started with the global companies with R&D in India. Today, we have companies throughout India that are directly buying from us.

Q. A little bit about your personal journey, when and how did you connect with the open-source world?

A. I will date myself and say that in 1992, I used to play with Mosaic while I was in University, and I created a web server based on open source web stacks. Gloriously geeky stuff, but it put me in the OSS community right from the beginning. When I was a kid, I used to share code and OSS was the way I learned how to code in the first place. It’s clear to me that OSS is the future for creating innovative software, and I – and JFrog – continue to support and contribute to development communities globally. I look forward to seeing OSS and OSS communities drive the innovations of the future.