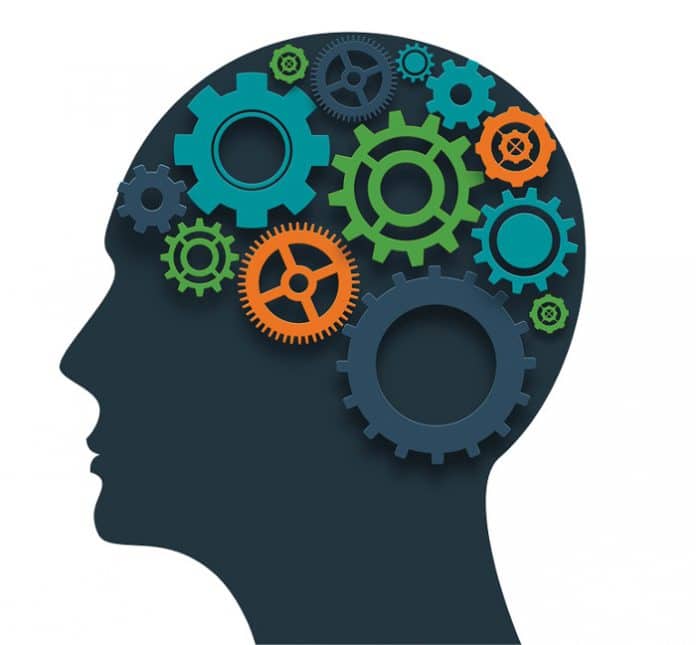 In machine learning, clustering is a technique that groups data points. Ideally, data points in a cluster should have similarities in properties or features, which differ from those not in the same cluster. This article discusses two clustering algorithms – k-means and DBSCAN.

One of the most popular techniques in data science is clustering, a machine learning (ML) technique for identifying similar groups of data in a data set. Entities within each group share comparatively more similarities with each other compared to with those from other groups. Clustering means finding clusters in an unsupervised data set. A cluster is a group of data points or objects in a data set that are similar to other objects in the group and dissimilar to data points in other clusters. Clustering is useful in several exploratory pattern-analysis, grouping, decision-making and machine-learning situations, including data mining, document retrieval, image segmentation and pattern classification. However, generally, the data is unlabelled and the process is unsupervised in clustering.

For example, we can use a clustering algorithm such as k-means to group similar customers as mentioned and assign them to a cluster, based on whether they share similar attributes, such as age, education and so on.

Some of the most popular applications of clustering include market segmentation, medical imaging, image segmentation, anomaly detection, social network analysis and recommendation engines. In banking, analysts examine clusters of normal transactions to find the patterns of fraudulent credit card usage. Also, they use clustering to identify clusters of customers – for instance, to find loyal customers versus customers who have stopped using their services.

In medicine, clustering can be used to characterise patient behaviour, based on similar characteristics, so as to identify successful medical therapies for different illnesses. In biology, clustering is used to group genes with similar expression patterns or to cluster genetic markers to identify family ties. If you look around, you can find many other applications of clustering, but generally, it can be used for one of the following purposes: exploratory data analysis, summary generation or reducing the scale, outlier detection (especially to be used for fraud detection or noise removal), finding duplicates and data sets; or as a pre-processing step for either prediction, other data mining tasks or as part of a complex system.

A brief look at different clustering algorithms and their characteristics

In this article, I will take you through the types of clustering, the different clustering algorithms and compare two of the most commonly used clustering methods.

k-means clustering
k-means is probably the most well-known clustering algorithm. It divides data into non-overlapping subsets (clusters) without any cluster internal structure. The objective of k-means is to form clusters in such a way that similar samples go into a cluster and dissimilar samples fall into different clusters. So we can say k-means tries to minimise the intra-cluster distances and maximise the inter-cluster distances.

And what if we have more than one feature? Well, we can still use the same formula, but this time, in a two-dimensional space.

The steps involved are listed below.

In a nutshell, the steps involved in the k-means algorithm are:

Initially, import the following libraries — Pandas, Numpy and Matplotlib. Next, generate some random data in a two-dimensional space. Here, a 100 data points have been generated and divided into two groups of 50 points each.

The k-means algorithm identifies ‘k’ number of centroids and then allocates every data point to the nearest cluster, while keeping the centroids as small as possible. The ‘means’ in k-means refers to averaging of the data, i.e., finding the centroid.

The correct choice of ‘k’ is often ambiguous because it’s very dependent on the shape and scale of the distribution of points in a data set.

The elbow method is used for determining the correct number of clusters in a data set. It works by plotting the ascending values of ‘k’ versus the total error obtained when using that ‘k’. This means increasing ‘k’ will always decrease the error. So, the value of the metric as a function of ‘k’ is plotted and the elbow point is determined where the rate at which the error decreases shifts sharply. It is the right ‘k’ for clustering.

So, k-means is partition based clustering, which is relatively efficient on medium and large sized data sets. It produces sphere-like clusters because the clusters are shaped around the centroids. Its drawback is that we need to pre-specify the number of clusters, which is not going to be an easy task.

Density based clustering algorithms
Most traditional clustering techniques such as k-means, hierarchical and fuzzy clustering can be used to group data in an unsupervised way. However, when applied to tasks with arbitrary shaped clusters or to clusters within clusters, traditional techniques might not be able to achieve good results, i.e., elements in the same cluster might not share enough similarity or the performance may be poor.

In contrast, density based clustering locates regions of high density that are separated from one another by regions of low density. Density in this context is defined as the number of points within a specified radius.

DBSCAN (Density Based Spatial Clustering of Applications with Noise) is a specific and very popular type of density based clustering, which is particularly effective for tasks like class identification in a spatial context, and it can find out any arbitrary shaped cluster without getting affected by noise. Also, it is efficient for large databases.

How DBSCAN works
DBSCAN works on the idea that if a particular point belongs to a cluster, it should be near lots of other points in that cluster. It works based on two parameters — radius and minimum points. R or ‘eps’ determines a specified radius which, if it includes enough points within it, is called a dense area. M determines the minimum number of data points we want in a neighbourhood to define a cluster. As a general rule, the minimum M can be derived from the number of dimensions D in the data set as, M >= D+1. The minimum value of M that can be chosen is 3.

In this algorithm, we have the following three types of data points.

Core point: A point is a core point if it has more than one minimum point, M, within eps.
Border point: This is a point which has fewer than the minimum points within the radius (eps) but is in the neighbourhood of a core point.
Noise or outlier: A point that is not a core or border point.Epsilon ε or, in short, eps, indicates the radius.

The DBSCAN algorithm can be abstracted in the following steps: 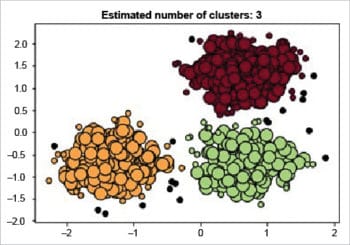 The main drawback of DBSCAN is that it doesn’t perform as well as others when the clusters are of varying density. This is because the setting of the distance threshold ε and MinPts for identifying the neighbourhood points varies from cluster to cluster, when the density varies. If the data and features are not so well understood by a domain expert, then setting up and MinPts could be tricky. Meanwhile, the DBSCAN algorithm overcomes the drawbacks of k-means, such as k-means forms spherical clusters only, is sensitive towards outliers and requires one to specify the number of clusters.

The DBSCAN clustering algorithm is demonstrated below: