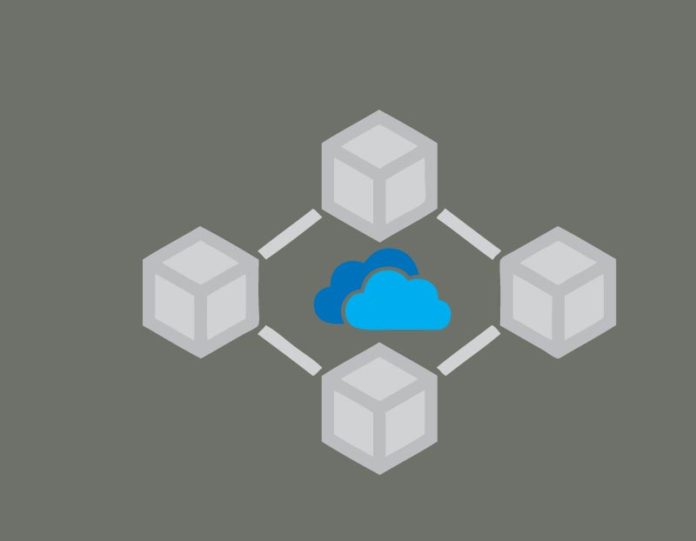 BlockCloud is an upcoming ‘blockchain based TCP/IP architecture’ that brings together blockchain technology with service-centric networking to support Internet of Things (IoT) oriented solutions. Developed by a group of Chinese academicians, it aims to focus on creating highly mobile blockchain solutions that are not restricted by heavy blockchain platforms. It can also operate as a layered solution to solve all sorts of scalability issues faced by almost every blockchain platform these days.

According to a white paper by the BlockCloud team, more than 22 million IoT devices will be connected to the Internet by the year 2022. The influence of IoT will be seen across multiple sectors like healthcare, augmented reality, autonomous vehicles, smart cities, grids, etc. However, along with this will come the problem of poor IoT architecture. To address this challenge, BlockCloud teams aim to solve issues like connectivity failure, scalability, trust and privacy, security and flexibility.

BlockCloud technology is considered an extension of the current Internet to transform it into the next generation Internet. It combines blockchain technology and next-generation Internet technology to build an underlying network protocol in terms of ‘building blocks’, to support seamless connectivity for dynamic networks and the interconnection of upper layer applications in a secure and efficient manner.

BlockCloud introduces service-centric networking (SCN), through which the service access layer (SAL), control plane and service plane are separated. Without any use of complex IP addresses, the upper application layer can connect to the service using the service name, leading to improvement in mobility and scalability. In addition, SCN networks improve the security level via blockchain technology.

Focusing on a new PoS consensus, BlockCloud tries to resolve blockchain transactions simply by having the relevant devices share information between themselves. This allows for a clean verification environment, with unsavoury participants being penalised and restricted from using the network.

As a multi-layered solution, BlockCloud introduces a few new concepts.

Internet of Vehicles: A communications solution for smart vehicles

BlockCloud architecture
BlockCloud provides new and enhanced functionalities on top of blockchains by providing new operations that are usually not supported by them. It has four layers — two under the control plane and two under the service plane. The transaction chain layer and service chain layer belong to the control plane, while the routing layer and service layer belong to the service plane. Figure 1 highlights the BlockCloud architecture.

Routing layer: The most significant characteristic of the blockchain is to separate the task of discovering routing requests from that of providing services. This reduces the need of the system to adopt any management service from the onset, and allows multiple service providers to exist — both for commercial and peer-to-peer systems. Service chain binds names to the respective hash (service file) and stores these bindings in the control plane, whereas the service files themselves are stored in the routing layer. Users do not need to trust the routing layer because the integrity of service files can be verified by checking the hash (zone file) in the control plane.

Service layer: The topmost layer of BlockCloud is the service layer, the main aim of which is to provide services to the network. By providing services outside the transaction chain, BlockCloud allows arbitrary IoT services that are provided by a variety of IoT devices. Users do not need to trust the service provider because they can verify the authenticity of the service by proof of service in the control plane. At the core of BlockCloud is a new SAL that sits between the transport and network layers. The SAL maps service names in packets to network addresses, based on rules in its service table managed by the blockchain. The SAL can be programmed through a user space control plane, acting on service-level events triggered by active sockets (e.g., a service instance automatically registers on binding a socket). This gives network programmers hooks for ensuring service resolution systems are up-to-date.

A BlockCloud token is the network’s native token and is used to enable an incentive-driven marketplace for IoT services. There are four main participants in the network:

CloudPoS (proof of stake)
CloudPoS (proof of stake) is a type of consensus algorithm by which a cryptocurrency blockchain network aims to achieve distributed consensus. In CloudPoS based cryptocurrencies, the creator of the next block is chosen by various combinations of random selection and wealth or age (i.e., the stake). In contrast, the algorithm of proof of work based cryptocurrencies, such as bitcoin, uses mining — that is, the solving of computationally intensive puzzles to validate transactions and create new blocks.

Without loss of generality, we model a stake functionf(.) for a validator i that is dependent on its total allocated resource Ri, implicit greediness parameter γi, and current resource utilisation vector (Rui). The function results in the stake vector Xi=<Xci,Xsi,Xdi> for validator i, based on which this amount of resources is sliced off from the total allocated resources. Then the leader gets elected stochastically based on the individual stakes [X]={Xi:i=1,•••N}.

If the leader is unavailable or unreachable, then a new leader is elected. After a leader is successfully selected, its block is propagated to perform a consistency-check on the transactions and match the Merkle root of the block to ensure that the leader’s working chain aligns with other validators’ chains. Finally, the leader collects its reward that was allocated for that particular epoch. CloudPoS consensus is executed in several phases during a particular epoch to finalise a block of transactions to be included in the mainstream blockchain. The same steps are iterated after the length of the blockchain increments by one block.

The five phases that constitute one epoch of the consensus are:

Advantages of the BlockCloud platform

BlockCloud and IoT solution implementation
For large enterprises, it is very important for IoT solutions to have proper connectivity, security and reliability during network communication. Since most of the IoT based services work on real-time data processing, this is an important aspect. BlockCloud provides facilities such as service-centric networking (SCN), which guarantees security and reliability of data communication.

A service-centric networking provides a mechanism for deploying replicated services, such as instances in a cloud platform with a highly distributed architecture. Here, the client requests are routed to the nearest instance to provide efficient network and infrastructure usage and improved Quality of Service (QoS). This is very useful in an IoT service based solution due to guaranteed service delivery and reliability in communication.

On the other hand, a blockchain offers decentralised network communication in order to provide reliable network transactions with the highest standard of security, where tampering of records is impossible.

BlockCloud with SCN for IoT solution has four major layers of implementation, as explained below.

Private edge node: This is a set of node instances that contains the instances to be used for edge caching for the encompassed services. When a service request comes to the service connector, it picks the nearest edge node for servicing the request in order to reduce the latency in network transmission.

IoT edge node: This is a group of node instances, which caches the IoT service feed in order to collect the IoT data transmission across networks. This helps to aggregate the data feeds in the IoT connector to be used for processing the request, when it comes from the service connector.

Security layer: This layer has the smart contracts defined for secured data transmission and data processing including application security, data security and interfacing security policies. This helps to ensure the complete network architecture is secured and that role based access control is implemented.

API service layer: This is the layer that exposes API services to the external world in order to access the service interface for request handling, monitoring requests, health-check requests, to name a few.

Some common use cases of BlockCloud
BlockCloud is commonly used in architecture where distributed network communication in a decentralised fashion can be combined in a service-centric networking, which requires higher security to be enforced in the network transmission along with a policy driven security framework using blockchain principles.

Last year, KardiaChain, which is a decentralised interoperable and self-optimised blockchain system, announced it was using BlockCloud in its platform for data sharing and interchain communication in government projects like Internet of Vehicles (IoV), smart healthcare and smart homes.

With this joint partnership, blockchain use cases can be expected to reach new heights. As an example, a payment channel for mobile payments can be set up across a country, reducing debit/credit card based transactions by using decentralised blockchain based payment transactions.