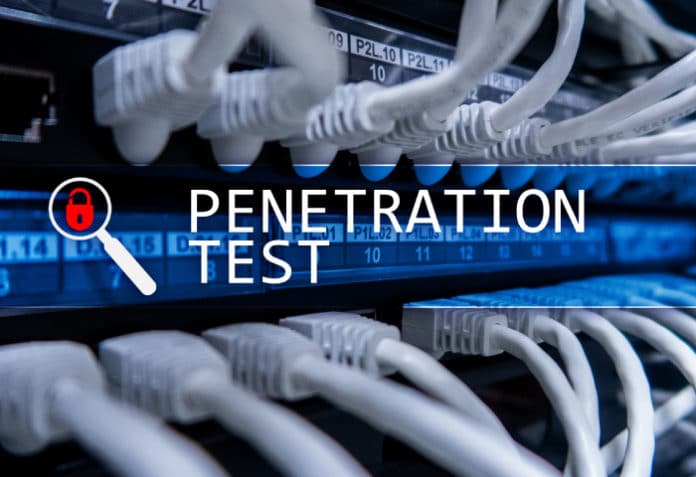 This article explores penetration testing in conjunction with Kali Linux, the Debian-derived distro of the Linux operating system.

Penetration testing, also known as pen testing, is the practice of testing an application or a system to find security vulnerabilities that an attacker could take advantage of. Pen testing can help us to improve both the security and quality of a product, and can be automated or performed manually. The main objective of pen testing is to identify security weaknesses. It’s a complex yet ingenious process, and we must understand what and why we’re doing it.

Kali Linux is a preferred operating system. With the use of Kali, penetration testing becomes much easier. It is a Debian-derived distribution of the popular Linux operating system. One of the main advantages of Kali is that it is ported to the ARM architecture. As a result, it can be installed not only on desktops and laptops but also on Android-based smartphones. Kali Linux is a great platform for penetration testing; it has over 600 security tools, such as Wireshark, Nmap, Armitage, Aircrack, and Burp Suite.

Four stages of penetration testing
While carrying out penetration testing, we should pay special attention to different problems and possible attack vectors. In this article, we will go through all the four stages of pen testing. We will also go through some open source tools that can be useful in each stage. A complete list of Kali Linux tools is available on the official website.

Preliminary penetration testing
In this first stage, the need is to gather information regarding the system on which we have to do testing. We must check if the system under test can be explored from the outside, and if attackers can pull out any data. For example, information about product architecture, technologies used, framework, ports, protocols, software versions and entry points may considerably increase the possibility of an attack’s success. The goal is to shield this information, or at the very least to make it really difficult for a potential attacker to take it out from a product. Given below are some of the tools that will be helpful in this.

amap: An application for identifying applications running on a particular port.

Nmap: Network Mapper (Nmap) is a popular open source service for penetration testing and security testing. It can also be used for inventorying a network, monitoring host and service uptimes, and managing service upgrade schedules.

Nmap uses raw IP packets to get complete information on the hosts existing on a network — services offered by them, operating systems run by them, packet filters and firewalls that are implemented, etc. Nmap is well-suited for all popular operating systems and has official packages for Windows, Linux and macOS.

Nmap is one of the most accepted tools for host and network scanning. Its main features are its speed, universality, and effectiveness.

DNSMap: Testers regularly use DNSMap to verify infrastructure security and collect data about domain names, subdomains, IP netblocks, and more. This utility is also used for subdomain brute-force at the inventory stage. This process is especially helpful when other domain brute-force methods, such as zone transfer, don’t come up with the desired output.

There are some more popular tools like SSLsplit, load balancing detector, Arp-scan, etc, that act in a similar fashion.

Knowledge of one or two efficient vulnerability assessment tools will be more helpful than trying to use dozens of tools concurrently. Given below are a few useful tools for this stage of pen testing.

APT2: APT2 is a desirable toolset for automated penetration testing. It carries out Nmap scanning and can also import the scanning results from other tools including Nessus and Nexpose. APT2 has a general knowledge base, where it stores all collected module results on a local host. Users can retrieve APT2’s knowledge base from the application, and use it to see the results received from an exploit module.

APT2 is highly flexible and thanks to the configurability of the Safe Level, it enables granular control over its behaviour. This tool is user-friendly and has comprehensive documentation.

BruteXSS: BruteXSS is a fast, cross-site scripting brute-force tool. Used mainly for brute forcing parameters, it can inject several payloads from one wordlist to one parameter, and scan the latter to observe if any are liable to the XSS vulnerability.

But the main advantage of BruteXSS is its high level of precision.

Sniffing and spoofing traffic
The next stage in pen testing is traffic sniffing and spoofing. It helps to detect network vulnerabilities and weak spots that can be aimed by attackers. We can verify the paths taken by the packets within our network, and observe where and to whom these packets are being sent, the information they carry, whether they are encrypted well, etc. Given below are some Kali Linux tools that can help us do that.

Burp Suite: This popular Web application security testing software works as a proxy; therefore, all the requests from the Web browser pass through it. It authorises users to make changes in these requests as per their requirements, which is excellent for testing vulnerabilities like XSS or SQLi, or any other vulnerability associated with the Web.

Arpspoof: Arpspoof is a tool for intercepting packets on a local network with commutation. It redirects packets sent within the local network by substituting ARP responses. Arpspoof is an effective tool for sniffing traffic. IP forwarding or Internet routing by the kernel must be enabled earlier.

Stress testing
The main objective of every stress testing tool is to put the tested application or system under conditions where its security may be compromised and give an opportunity for a successful attack. For example, we can replicate a state in which the software is so overloaded that it creates a time window for an attack or injection of malware. Two useful tools for stress testing are briefly described below.

DHCPig: Written in Python with the use of the Scapy network library, it is a good script for starting a DHCP exhaustion attack. DHCPig utilises all IP addresses present on the local network, thus forbidding new users from acquiring them. To use DHCPig, we need admin rights and the Scapy network 2.1 or higher.

Funkload: Funkload is also written in Python. It is a toolkit that works as a load web-tester, and performs various operations on the server such as load testing and functional Web project testing. It can also be used for detecting weak spots in a tested Web application, finding bugs that weren’t caught during testing, and scrutinising an application’s recoverability.

Some other tools for stress testing are MDK3, SlowHTTPTest, t50, etc.
Kali Linux is an exceptionally useful tool that every penetration tester should be familiar with. While it provides a notably rich set of tools for every stage of the penetration testing process, the final choice of tools to use depends on the tasks and goals of the project. Under different situations, the same tools can show completely diverse levels of accuracy and efficiency.