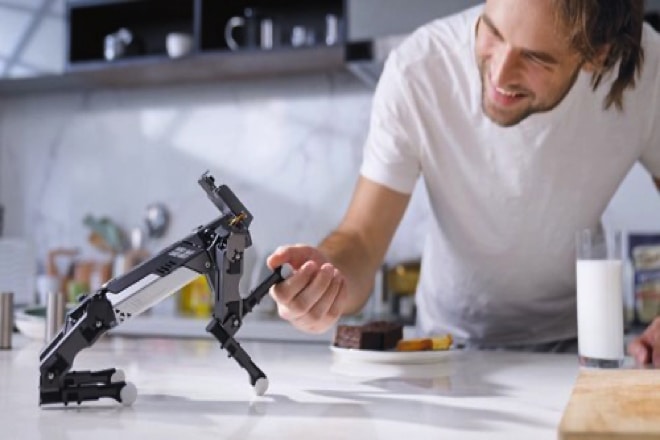 Luwu, a STEM education technology company, has announced the launch of XGO-Mini, a 12 DOF, omnidirectional quadruped robot that can interact with its surroundings using voice, image recognition, and tracking. This programmable, open-source robot will assist to learn about robotics for new and advanced users.

According to a company statement, XGO-Mini is a full-motion robotic dog. This desktop-sized AI quadruped robot with 12 degrees of freedom can achieve omnidirectional movement, six-dimensional posture and a variety of motions. As a quadruped robot, XGO-Mini can mimic the natural motion of a dog walking and is capable of movement on uneven terrain and extremely rough surfaces. It can even adapt to avoid obstacles by adjusting its height.

With its bionic system, XGO Mini can perform any dynamic movement. Equipped with a 9-axis IMU, its joint position sensor and electric current sensor are able to reflect to its own posture and joint rotation angle and torque, which are used for algorithms verification and exploitation. The robot can be programmed for a variety of education, research, algorithm verification, and entertainment possibilities.

XGO-Mini is a versatile robot that can perform a variety of useful task, featured fully functional AI modules that can facilitate both entry- and advanced-level AI applications. The Al modules feature visual recognition, voice recognition, and gesture recognition, giving XGO-Mini the ability to hear, recognise and reply to users like a real dog. It also can track multiple colours and recognise QR codes, the company said.

As an open-source robot with the Robot Operating System (ROS) and compatible with Python AI system, it allows users to create their own functions for XGO-Mini. It is said to allow programming by using common coding languages like Python and C++ for STEM education.