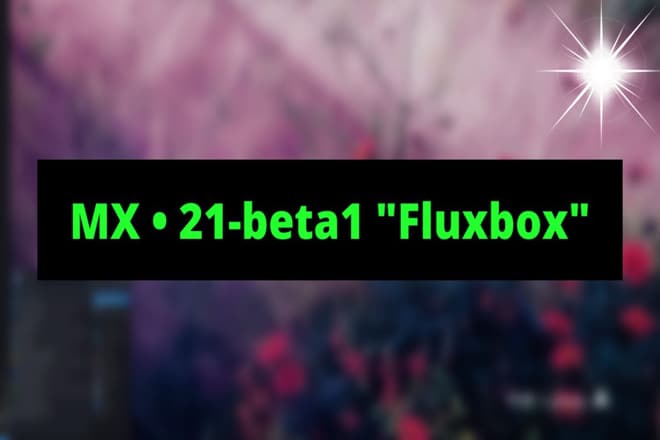 The MX Linux community is heading for a new release in the MX Linux 21 series based on the recently launched Debian 11 “Bullseye” and MX repositories. The Fluxbox edition is a separate ISO file with XFCE and KDE desktop editions.

The company said, on more limited equipment it may be a good choice because of the desktop’s lower resource requirements.  It is also a features a more limited set of applications installed by default than our flagship release, as well as a customised fluxbox “desktop” experience.

The new release will run on the stable Linux Kernel 5.10 LTS and includes the following features.

The new Fluxbox edition is a lightweight window manager that can run on old and modern systems. The community has now tweaked to customise the Fluxbox experience and has been released with a few traditional XFCE applications.

The tools suite and settings of the MX Fluxbox 3.0 have been expanded and revised. Tint2 is the default panel with a collection of pre-built configurations to choose from updated panel management applications.

The Help Doc has been revised with 10 languages. Its features include tiling options using Ctrl + 1-9 or arrow keys and former goodies such as mxfb-quickshot and mxfb-timer by default. It is now available for download in both 32-bit and 64-bit versions.

However, the release is meant for public testing and the company has also pointed to some known issues.