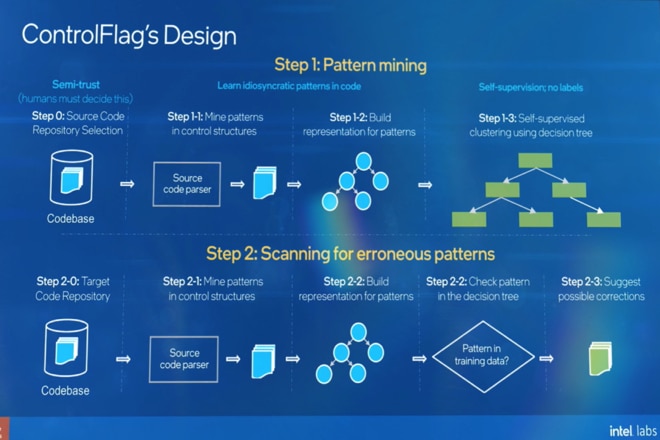 The ControlFlag’s pattern anomaly detection system can be used for various problems such as typographical error detection, flagging a missing NULL check to name a few.

Intel said, since its introduction, ControlFlag has been tested on production-level software and widely used open-source software systems. For example, last year, ControlFlag identified a code anomaly in Client URL (cURL), a computer software project transferring data using various network protocols over one billion times a day. After reporting the anomaly to the cURL team, they agreed with ControlFlag’s findings and have subsequently patched their code.

The company says, While ControlFlag cannot yet automatically mitigate the defects it finds, it provides users suggestions for potential corrections. “Yet, prior surveys have shown that when programmers are debugging, most of their time is spent identifying software defects.”