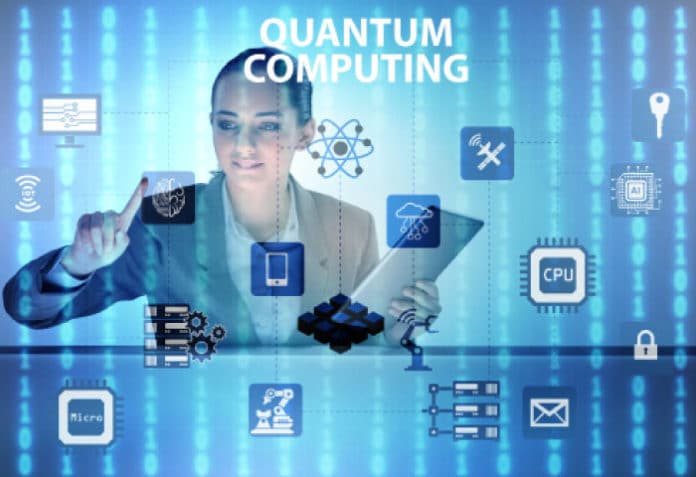 Most routine applications are being deployed on the cloud today to avoid the complexities of maintaining data centres, servers, and network infrastructure. This article takes a look at cloud based implementation of quantum computing.

applications can today be deployed on smart devices, gadgets, laptops or personal computers using cloud services. With increased deployment of these services, high performance applications are also getting connected to cloud data centres. These services include quantum computing, blockchain, microservices, Big Data analytics, and many others, as depicted in Figure 1.

Many of these services are very complex in terms of server management, devices, infrastructure and maintenance but are easily programmable on the cloud. There are various pre-built programming frameworks and development environments on the cloud that help programmers work on high performance applications without installation and troubleshooting of infrastructure.

Google conducted an experiment in 2019 in which a 54-qubit quantum system was able to implement in a few minutes what would have taken a classical computer 10,000 years using traditional bits and bytes.

Quantum computing requires expensive hardware which is very complex to maintain. Currently, many cloud platforms provide open source quantum computers for researchers.
IBM Qiskit is one of the key open source programming platforms for researchers, scientists and practitioners of quantum computing, and is available at https://github.com/Qiskit/qiskit. Qiskit implementations can be done using Python programming. The command to install Qiskit using Python is:

The cloud variant and lab of IBM Qiskit ensure that supercomputing applications can be executed without using physical systems on premises.

The formation and execution of circuits are possible using real IBM quantum computers on the cloud. IBM Quantum Lab enables the real-time implementation of super computing applications in IBM’s quantum computers. The simulation of quantum hardware can be done using Qiskit programming with the customisation of devices and infrastructure.
Google Cirq provides an open source platform for quantum computing. Real-time quantum based circuits can be generated, and simulation can be done for performing supercomputing experiments. Google Cirq integrates the QSim simulator for researchers, academicians and practitioners to enable real-time engineering applications using quantum computers.

Scope for research and development
There is huge scope for research and development for scholars, academicians and practitioners in the field of quantum computing. Quantum computing can be used in domains like cryptography in blockchain, astronomical data analysis, drug design, cybersecurity, financial modelling, logistics optimisation, weather forecasting, computational chemistry, artificial intelligence, traffic optimisation, climate data analysis, and many others. All these fields need high accuracy in the minimum possible time. A comparison of results and logs from traditional and quantum systems can reveal how quantum computing enhances performance dramatically.