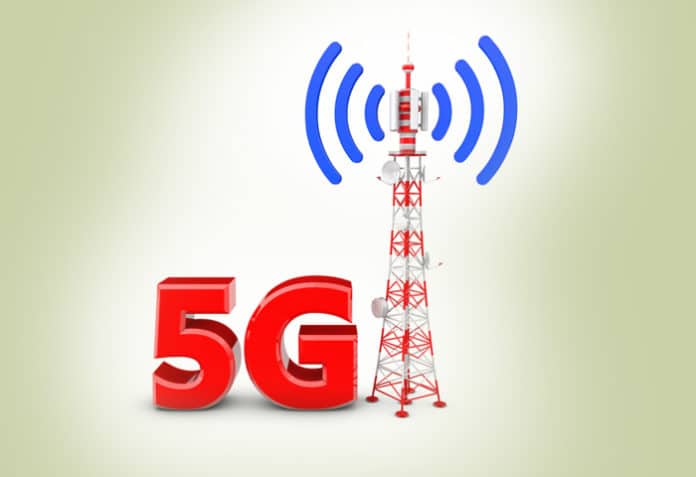 As communications providers prepare to deliver high-speed connectivity to support new services and use cases, the demand for low-latency, high-bandwidth, scalable networks continues to grow. This may lead to software-defined infrastructure and cloud native approaches to meet 5G requirements. Here’s a look at what the Linux Foundation is working on to create an open source ecosystem to enable the future…

Successful open source developments depend on the complete life cycle of products that the market will adopt and deploy. There is an exciting convergence in the networking industry around open source, and the energy is palpable. In early 2021, the Linux Foundation (LF) announced a collaboration with Facebook to be managed under a neutral governance framework.

In all these major areas, the LF hosts over 700 projects. Arpit Joshipura, GM, networking edge and IoT, Linux Foundation, says the numbers are just staggering these days: “Most of the Fortune 500 companies use our quarter of a million developers contributing code to almost 500 plus projects. And then if you look at just the stats through our LFX insight, 31 million lines of code were added between 1.1 million poll requests and 10K repositories.”

Technology disruption and the rise of open source
Joshipura points out that the open source journey has been quite significant in the past decade, starting with virtualisation, and going on to disaggregation and software defined networking to control plane databases. While the focus earlier was to develop projects that were building blocks for open source, the next decade is going to see all these open source projects working together for a common solution.

He says, “The problem we are trying to solve this year is how to move code into production as quickly as possible. We look at blueprints and how to comply with a spec, do open verification, submit the test results and do open interrupt, testing, training, and certification. So that’s how we are seeing most of the evolution in open source this year.”

End-to-end open source software collaboration
LF Networking has a broad set of projects that make up the diverse and evolving open source networking stack. It provides platforms and building blocks across the networking industry that enable rapid interoperability, deployment and adoption, and is the nexus for 5G innovation and integration. It has now tapped into industry efforts to structure a new initiative to develop 5G Super Blueprints for the ecosystem. Major integrations between the building blocks are now underway–between ONAP and ORAN, Akraino and Magma, Anuket and Kubernetes, and more.

The 5G Super Blueprint is what is going to integrate a set of projects, all the way from access to core.

“With the availability of customised solutions, there is a tremendous opportunity for the market. This is how the verticals are taking advantage of edge computing. Now healthcare and smart cities are towards the lower end of the spectrum. But it will need a few regulations and process controls before adoption happens,” says Joshipura.

A user edge is dedicated and operated by the user. A service provider edge is shared as a service, but not all usages are the same. You can either have a very constrained device edge, which could be microcontroller based, or you can have a gateway type edge.

And what separates the two is the last mile network. “Edge compute is for applications that need 20 milliseconds or less latency,” he says.

Joshipura says the edge project stack is a very important attribute. He explains with an example: “If a sensor wakes up and dumps data to an Amazon cloud every week, it’s an IoT application. It’s not an edge application and vice versa. Hence, the LF edge as an umbrella is unifying the frameworks.”

Akraino R4 blueprints
Akraino is a blueprint concept. The open community comes together to define a use case. Then through open governance, it tests the use case and interoperability — all the way from hardware up to the application. It then submits the results so that developers can replicate it.

“That’s a blueprint, a declarative configuration, with CI/CD documentation. The one that has become very popular with telcos is PCEI (public cloud edge interface),” says Joshipura.

The question is: how do the public cloud and the service provider at the edge have a common set of interfaces. Joshipura says there are no standards that exist.

End-to-end open source software collaboration use cases
Joshipura points to some interesting use cases for the core and edge.

ORAN use cases include the slicing and the disaggregation that come with open RAN. In Kubernetes, it’s the multi-cloud hybrid layer below with the standard compliance. ONAP is the largest and the most important. It goes through 5G network slicing and all the use cases for telecom. “This is really the fundamental platform; 10 plus million lines of code are at the heart of network automation, and network automation is a must for 5G,” he says.

As a global community, ONAP has matured and is now one of the most important projects enabling end-to-end systems.

Edge use cases driving open source projects
In case of intermittent connectivity, the user needs an on-premise framework — that’s Eve or edge virtualisation. EdgeXFoundry by far is the largest framework for IoT.

LF Networking may now be working on about 10 projects — Magma cloud native computing foundation, Kubernetes, or a software community. “We are taking these communities and doing an open 5G Super Blueprint integration,” says Joshipura.

How does all of it come together?
The 5G Super Blueprint comes pre-baked, and very little integration and support is needed by the community or its vendors. So instead of multiple vendors doing things in different ways, it is now done in the community, and then the vendor can provide innovation and differentiation on top.

In the first phase, the communities are using the emulators on the RAN side, but Magma is being inserted with ONAP and Anuket on Kubernetes. Intel’s OpenNESS is also coming in, but in general, these are the big new components.

The second phase is bringing in a commercial genome piece. So the RAN side of things is integrated, and then you are going to run a slice through this. This is where the end-to-end network slicing comes in.

And the last phase, which will happen towards the end of the year, is where ORAN comes in. ONAP and ORAN are already deeply integrated with interfaces. “There is a lot of component reuse between projects because these are all microservices, containerised modules, and you can use them as needed to get a head start. That’s already happening says Joshipura.

Priorities
Completing the solution stacks to integrate a fully open networking and edge stack, speeding up the ‘backend interior and deployment process’ with open compliance; and integrated deployment in vertical markets to start embracing, utilising and building on networking, cloud and edge stacks are seen as the top priorities.

Today, blueprints are fairly mature and have been deployed. “Most of the projects are live in production. The first step is that it needs to happen. In several use cases, the 5G node is now merged from the open-ended interface side of things. And so Magma itself, as an open mobile packet core in the Q3 time frame, will be fairly mature. The testing of these blueprints should be ready by the end of the year. Till then it is a proprietary mobile packet core. Pretty much everything that is at the higher layers of the stack is mature. The lower layers will stay proprietary, but the disaggregation concept is mature,” concludes Joshipura.

This article is based on the tech talk by Arpit Joshipura, GM, networking edge and IoT, Linux Foundation, at Open Source Conference 2021 (Virtual).