Home Content News Open Source Program That Lets You Restore Drag And Drop To The... 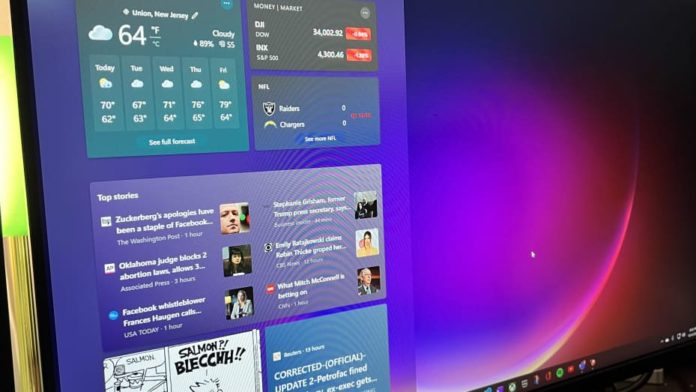 The ability to drag and drop files onto the taskbar to open them in the pinned program was one feature that consumers found handy in Windows. To open a text file, for example, drag it from Explorer to the Notepad icon on the taskbar.

This feature, along with a number of others, was deleted from Windows 11, as was the usability of the entire right-click menu. There is a way to get the Drag and Drop feature back in Windows 11 if you used it in previous versions of Windows and want it back. This, like some of the other remedies we’ve seen, necessitates the use of a third-party solution.

Windows 11 Drag & Drop to the Taskbar is the program you’ll need to get the feature back (Fix). The name is a little misleading, but the program is pretty effective. The executable can be downloaded from GitHub. It’s a portable program that saves a configuration file in the same folder. When you run the program, a system tray icon will display. This shows that the application is operating; it must be running in order to restore functionality.

Open any application that you’d like to open files in to see if it works as expected. Take, for example, Notepad. Switch to Explorer after minimizing the window. Drag a text document over the Notepad icon, then click it in the preview box that displays. The file will be opened in the text editor.

Note: The tool will not operate unless you have the Microsoft Visual C++ 2015-2022 Redistributable x64 installed on your machine.

When you drag something to the taskbar, the program simulates the Win + T hotkey by waiting a few milliseconds to determine if the action is valid. This shortcut is generally used to transition between the taskbar windows of a program, but it is also used to open files by the application.

The program’s sole drawback is that it can’t be used to pin shortcuts to the taskbar, and this feature isn’t being worked on, according to the project’s website.

The open source application Windows 11 Drag & Drop to the Taskbar (Fix) may be found on the project’s GitHub site. To change its settings, right-click on its taskbar icon and choose Configure. The config file will open in a Notepad window. Take a look at the program’s documentation for a list of settings you can add based on your needs. The gadget works right out of the box, but having more options never hurts. Users who are using a custom theme should check the setting that checks the colours of the pixels to avoid the tool misinterpreting a mouse action as a drag.

According to Windows Latest, Drag and Drop for the Taskbar will be implemented in Windows 11 22H2, which might be released in a few months.