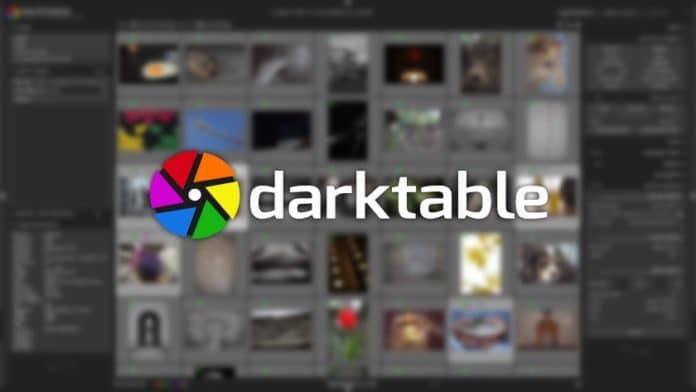 The latest version of Darktable, version 3.8.0, is now available for download. New features, UI changes, editing tools, enhanced file compatibility, and other enhancements are included in the current edition of the open source photographic workflow program and RAW developer.

The keyboard shortcut system has been overhauled in version 3.8.0. External devices, such as MIDI controllers and game controllers, can now control Darktable. Standard keyboard/mouse shortcuts now recognize mouse motions, multiple button/key presses, and extended presses/clicks. Any shortcuts made previous to version 3.8.0 will need to be redefined after the update.

The user can now manually create correction settings by drawing lines or rectangles over the image, and the perspective correction module has been renamed ‘rotation and perspective.’ This replaces the former ‘crop and rotate’ module’s keystone correction capabilities. There is now a new LMMSE demosaic algorithm. It’s perfect for photographs with a high ISO and a lot of noise.

There is now a new diffuse or sharpen module. You can replicate or revert diffusion processes to reconstruct images from lens blur, hazing, sensor low-pass filter, or noise. Simulate watercolor smudges, improve local contrast, and conduct surface blurring with this module. Specific rules for applying diffusion across edges can also be specified.

The Canon.CR3 RAW file format is now supported by Darktable 3.8.0. Users must have at least exiv2 version 0.27.4 with BMFF support enabled to use LibRaw’s support. When compared to darktable 3.6, there is a lot of new camera compatibility, including support for the Canon EOS R-series of cameras, a number of Canon DSLR cameras, a few Leica cameras, and three Sony cameras, including the A7 IV. White. For a range of cameras, balance presets and noise profiles have also been included.

Darktable 3.8.0 is available for Windows, Mac OS X, and Linux for free. It’s important to note that this is the last version that will work with macOS 10.7 and Xcode 11. The next major version will run on macOS 10.14 or later, and will be built with Xcode 12.

Darktable 3.8.0 can be downloaded from the darktable website. For a complete list of new features, updates, and problem fixes, read the full release notes.