NTop as a Network Diagnostics Tool 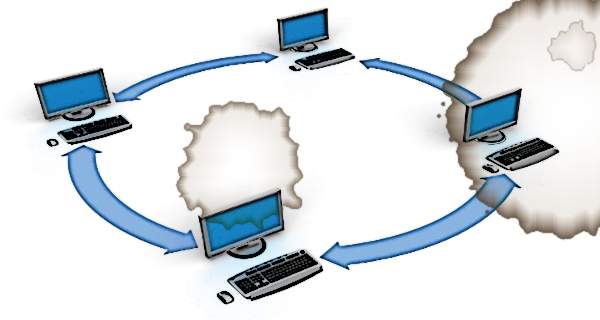 The NTop tool is a network traffic monitoring tool that shows network usage, similar to what the popular top command does. This article explains its utility while troubleshooting network problems.

Organisations face various types of network problems, which result in inaccessible devices, degradation of performance, intermittent disconnections, etc. These can be broadly classified into:

To troubleshoot network problems from scratch, you would typically start by checking the network hardware — study the network diagram; and physically check the network cabling, network cable crossovers over electrical cables, crimping quality, quality of IOs (Information Outlets), switches, routers, and practically all hardware being used for the network. It is well and good if the problem lies in hardware, since the tracking is reasonably straightforward.

However, troubleshooting problems related to network configuration/malicious code can turn really nasty and result in a long-drawn-out battle. This is because of the variety of different devices present on the network. You may have different operating systems with various protocols, network printers, wireless access points, firewalls, routers, managed switches, etc.

Troubleshooting should start with monitoring network traffic continuously over a period of time. This monitoring should cover various parameters, including the protocols being used, bandwidth utilisation, activity graphs, traffic direction and flow. The output from this monitoring should then be analysed for possible anomalies, to pinpoint the problem. A good, reliable network monitoring tool becomes a must to pinpoint such issues.

There are various open source networking tools available on the Linux platform, including packet sniffers like Wireshark, Kismet and Tcpdump, and network probes like Hping and Traceroute. However, the moment you consider simple network monitoring, the automatic choice should be Ntop!

It is said that the good things in life are never free, but I beg to differ. Ntop, developed by Luca Deri, an Italian scientist, is available free of cost under a GNU license. It is really a very effective way to monitor the network, and has various functions from packet capture to displaying an analysis of the captures in a Web browser, in different modules:

Installing Ntop in Linux is simple and straightforward. Under Ubuntu, it is a simple command line:

To start, run Ntop from the command prompt, with the required parameters — for example:

With this command line, Ntop will:

Ntop has some other interesting command line parameters, including:

Networking engineers face challenging network congestion problems on various sites. It would have been a very difficult and time-consuming task to troubleshoot them without a proper network monitoring tool. Let me share two real-life experiences where Ntop was used to troubleshoot Internet speed problems.

A problem was reported that Internet connectivity used to slow down at 1pm everyday and would return to its normal speed automatically after some random time. Ntop was set up to monitor traffic from 12pm onwards. It was evident from the reports that Microsoft Windows updates were scheduled at 1pm daily, and all the PCs on the network were trying to connect to the Windows updates site at the same time, causing the Internet connection to get bogged down.

Ntop can be effectively used in other situations:

To ensure effective and efficient utilisation of network resources, it’s an excellent idea for a company to design a network security policy that requires:

Ntop is definitely a handy, simple-to-use and free tool to fulfil such policy requirements! At the time of writing this article, Ntop ranks first among all network traffic monitoring tools, eighth among all packet sniffers, and 36th among all network security tools, as surveyed by sectools.org.