This article on Android application development introduces you to the command line utilities that come packaged with the Android SDK, all of which are extensively used to create an Android Application.

When using an IDE like Eclipse, the developer never realises the existence of these utilities, because IDEs provide an abstraction between the developer and the implementation of the process to create an application package. We, being open source enthusiasts and Linux users, should know how to build an application from the command line, and also be aware of exactly what is going on behind the scenes. This gives us a better understanding of the process of creating an Android application and will also help in debugging.

Under the Tools directory in the folder where the Android SDK is installed there are many command-line utilities. Let’s look at those that are used most often in the following sections of this article:

Note: The following invocations/command lines assume that you have added the Android Tools directory to your $PATH, and thus do not need to precede each command with an absolute path to its location.

adb stands for “Android Debug Bridge”. adb has a client-server mechanism, where the “client” is the Android Emulator instance, or the Android device that’s connected to the PC, and the “server” is your development machine (PC). The server communicates with client(s) through a daemon process which runs on the PC.

The adb server can have multiple clients: for example, two emulator instances and one Android phone connected via USB. To find clients available on the development machine, run the following command:


Having obtained the list of clients, we can run a command targeting a particular client/instance, by adding the -s <serial-number> parameter to the command, where serial-number is one of the device names listed by the adb devices command. For example:

Figure 2 shows the result of running such a command.


But to install an Android application into the connected device, the adb command given can be one of several, including:

To see all the commands that you can use with adb, visit the official documentation.

This is a very important tool for Android application development. It lets you create and delete Android Virtual Devices (AVDs/emulators), create Android projects, and update the Android platform that you have on your development machine.

When you create a new AVD/emulator instance, android creates a dedicated folder for your AVD, with a user-data image, SD-card image, a mapping to the system image, and some other files required by each AVD. Each AVD does not contain a separate copy of the system image, but a line in the config.ini file maps the AVD to the system image, which is the target of the AVD. Before creating an AVD, you need to know the available Android targets supported by your version of the SDK. To find this, run the following command:

Figure 3 shows the output of running this command.

Here, -n specifies the name of the AVD, and -t the target ID of the Android version for the AVD. Figure 4 shows you a sample of the queries/prompts for the new AVD’s hardware profile.


The android list avd command lists the AVDs created on the system; to delete an AVD, use:

The android utility is also used to create and update Android projects. The Eclipse IDE lets you create a new Android Project in a very user-friendly way, but internally, after collecting the required information, it actually issues a command like the one below (whose output is shown in Figure 5):


You can update the Android platform on your development machine with the latest Android releases, add-ons, etc., by launching the SDK and AVD Manager with the simple command, android. This is illustrated in Figure 6.

The Dalvik Debug Monitoring Service is a debugger tool that lets you debug an application running on the Android device, remotely, which is your development machine. To launch it, run ddms. Figure 7 shows what the DDMS screen looks like.


When the debugger launches, it automatically attaches to running emulator instances/devices. You can view the processes running on each instance in the left pane. The right pane has tabs to monitor process and emulator properties. You can see the memory usage of each of the applications running on the emulator, and also see the CPU load, etc., on the SysInfo tab (see Figure 8).

You can even test an application’s handling of incoming phone calls by simulating a call to the emulator instance, by entering the “calling” phone number in the “Incoming Number” field on the Emulator Control tab. Figure 9 is a screen capture of the emulator, showing the result of this action.

We can also view the heap status of the device, by causing garbage collection on the device, with the following steps:

You will now be able to see the heap update status, showing available memory on the device, along with some extra information about the heap.

This tool is used to launch and control an emulator instance (an instance of an AVD created by the android utility). To launch an AVD, run

Networking in the emulator

When an emulator instance is powered up, it always runs behind a virtual router/firewall and hence is isolated from the development environment. IP addresses used by emulator instances are in the range of 10.0.2.0-10.0.2.99.

Note: To access the development machine’s localhost, it is by default set to 10.0.2.2.

Once the emulator instance is running, we can connect to the instance’s control console using a simple telnet connection like telnet localhost <console_port>. For example, telnet localhost 5554. Type help at the Android console for a list of available commands, as shown in Figure 10.


Similarly, there are plenty of options available for the emulator; read about them here.

This tool lets you create an SD card disk image, with a FAT32 file system, which you can load into the emulator. The syntax is

For example: mksdcard -l S 512M saket.img. To “insert” this SD card image into an emulator instance, we use: emulator @myandy_2.2 -sdcard saket.img.

At the sqlite3 prompt, you can perform data definition and manipulation statements with SQL syntax. For example:

This tool is used to profile applications. To be able to use it, there are some requirements for your application — its code must have a Debug.startTracingMethod(String tracename) method call at the beginning, and a Debug.stopTracingMethod() call at the end of the method. This method stores the tracing information onto an SD card — hence, your emulator instance should have an SD card image attached. The tracing writes a file at /sdcard/<tracename>.trace and hence we need to give the application permission to write the file on the SD card. This permission is given in AndroidManifest, as:

When the application is run in the emulator instance, you need to retrieve the trace file and feed it to the traceview utility, as follows:

Now, you will be presented with a traceview window as shown in Figure 11, which is divided into two sections:


Some other tools that are used internally are:

To run monkey on the default Android email application, in a new emulator instance, issue the following command:

Here, monkey is passed on the application package name com.android.email, and the number of tests (500) to run.

I hope you enjoyed this article, and that the knowledge I’ve shared is helpful in your quest to learn more about Android. I will be back with other interesting information on Android Application Development in upcoming articles. We will also discuss building advanced applications on Android and for Android. 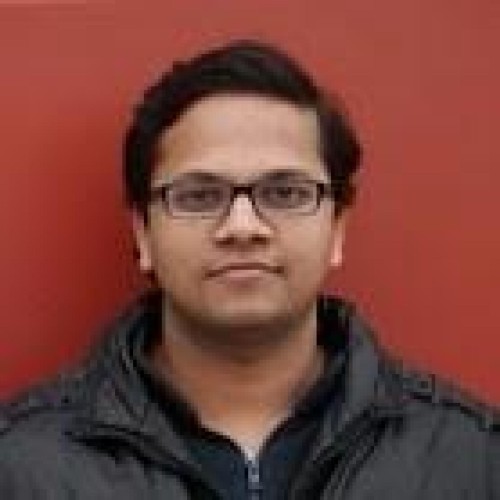 Saketkumar Srivastavhttp://saketsrivastav.blogspot.com/
The author is an open source enthusiast, and an Android developer.