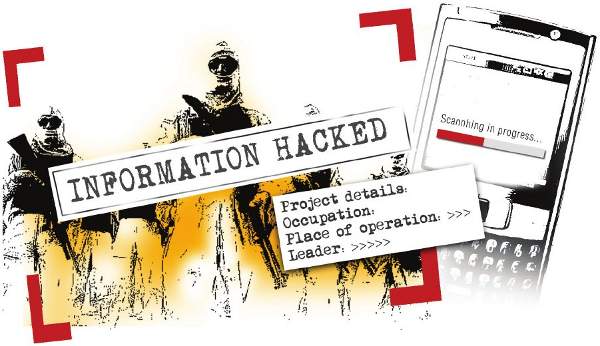 Digital forensics, the art of recovering and analysing the contents found on digital devices such as desktops, notebooks/netbooks, tablets, smartphones, etc., was little-known a few years ago. However, with the growing incidence of cyber crime, and the increased adoption of digital devices, this branch of forensics has gained significant importance in the recent past, augmenting what was conventionally limited to the recovery and analysis of biological and chemical evidence during criminal investigations.

After the successful recovery and analysis of contents belonging to a digital media, one can obtain evidence regarding incidents of cyber crime, cyber espionage and unethical/illegal activities of miscreants or disgruntled employees. The evidence can then be used to take legal action against the accused, and to adopt preventive measures.

Continuous developments in the field of digital forensics have already resulted in a number of toolkits released by many vendors, targeting various aspects of digital forensics. However, such toolkits are usually expensive, and are mostly procured by law-enforcement agencies and large private companies. Therefore, these are out of the reach of individuals and organisations with limited resources.

Since BackTrack is already very popular for its comprehensive toolkit for security auditing, this article is an attempt to explore the forensics capabilities built into it. BackTrack, being a Live Linux distribution, is easy to use. One doesn’t need permanent installation; any machine can be booted using either a Live DVD or Live USB version of BackTrack. An introductory article, including installation options and general usage, was published in October 2010.

The latest version, BackTrack 4, includes a new boot menu titled “Start BackTrack Forensics”. This boot menu will start BackTrack in a forensically clean mode, which will not alter the digital data in any manner. This means that the special mode will not automatically mount available drives (thereby avoiding altering the last-mount times of drives).


A digital forensic investigation generally consists of four major steps (Figure 2):
The various forensic tools available under BackTrack are also categorised on the basis of these steps. Listed below are these categories, along with details of some useful tools.

These tools are aimed at taking an exact replica/image (bit-by-bit) of the digital media identified for forensic investigation, without altering the content of the media at all. All methods of forensic analysis aimed at finding digital evidence are then performed on this replica.

Acquiring an image of the suspected media helps analyse the media on a high-end workstation, which can fulfil the resource requirements of extensive forensic analysis tools. Also, working with an image keeps the original media undisturbed and unaltered by any of the analysis activity. Here is a list of some of the important image-acquiring tools available in BackTrack.

dd is the popular Linux command-line utility for taking images of digital media, such as a hard drive, CD-ROM drive, USB drive, etc., or a particular partition of the media. Images created using dd-like utilities are called raw images, as these are bit-by-bit copies of the source media, without any additions or deletions. The basic usage for dd is:

Also, instead of storing the image contents in a file, you can pipe the data to a host on the network by using tools such as nc; this is useful when you have space constraints for the image file. For example:

However, dd has limitations in cases where the media to be imaged has errors in the form of bad sectors. Thus, a more advanced version of dd, named dd_rescue, is available in BackTrack to image a drive that’s suspected to have one or more bad sectors.

dd_rescue is intended specifically for imaging potentially failing media. It switches to a smaller block size (essentially the hardware sector size, most often 512 bytes) when it encounters errors on a drive, and then skips the error-prone sectors, so that it gets as much of the drive as is possible.

dd_rescue will not abort on errors unless one specifies a number of errors (using the -e option) after which to abort. Also, dd_rescue can start from the end of the disk/partition and move backwards. Finally, with dd_rescue, you can optionally write a log file, which can provide useful information about the location of bad sectors. The basic usage of dd_rescue is shown below:

dcfldd is an enhanced version of dd with the following useful additional features for forensics:

Some of the useful options are:

In this example, 10 gigabytes will be read from the input drive and written to the file image.dd.aa. Then it will read the next 10 gigabytes and write it to file image.dd.ab. Also, an MD5 hash of every 10-gigabyte chunk on the input drive will be stored in the file called md5.txt. The block size is set to 512 bytes, and in the event of read errors, dcfldd will write zeros to the output and continue reading.

Aimage is an advanced forensics format (AFF) imaging tool with intelligent error recovery, compression and verification. AFF is an extensible open format for the storage of disk images and related forensic meta-data. The ability to store relevant metadata, such as the serial number of the drive, date of imaging, etc., inside the image itself, is a huge advantage, and is not possible with raw imaging tools such as dd.

Many popular forensics tools such as Sleuthkit and Autopsy have support for analysing images stored in AFF format.
AFF is a segmented archive file specification (Figure 3) where each file consists of an AFF file header followed by one or more file segments, and ends with a special directory segment that lists all the segments of the file, and their offset from the file’s start.


These segments are used to store all information, including the image itself, and image metadata, inside the AFF file. Further, each AFF segment consists of a header, variable-length segment name, a 32-bit flag, variable-length data payload and segment footer (Figure 4).

Some of the default metadata segments that are created by the Aimage utility and are included in the AFF image file are:

AFF file data segments (pages) can be compressed with the open source utility zlib, or can be left uncompressed. The segment flag of a data segment carries information about whether the data is compressed or not. Compressed AFF files consume less space, but are slower to create and access.

The basic usage of Aimage is aimage <options> <input> <outfile>, where <input> is the input media (a drive/partition on a drive/data coming in on a TCP port) to be imaged; <outfile> is the output file; <options> is a list of options.

Some of the important options are:

Example: To create the AFF image file image.aff of the drive /dev/sd0 with an additional metadata segment with the name case_number and value abcd, invoke Aimage as follows:

Aimage also offers a real-time display to show the current status of imaging, as shown in Figure 5.

The output AFF file after completion of conversion will be named usb.aff.

To create a raw ISO image from the AFF image file usb.aff, run:

After completion of conversion, the output file will be usb.iso.

Afinfo is a command-line utility that prints information about AFF image files. Basic usage is afinfo <options> <AFF file name>. Some of the useful options are:

Example: Invoking the Afinfo utility for the AFF file /tmp/image.aff prints the output shown in Figure 6. Information about data segments is skipped by default.

Afcat is a command-line utility that prints the various contents of an AFF image file. Basic usage is afcat <options> <AFF file name>. Some of the useful options are:

Example: Invoking Afcat on the AFF file /tmp/image.aff with the -L option prints an output as shown in Figure 7.

AIR (Automated Image and Restore) Imager is a GUI front-end for dd/dcfldd, as shown in Figure 8.


It has been designed to easily create forensic images or restore images on drives. It offers the following features:

Image acquisition is one of the most important and primary tasks for any forensic investigation. Thus, it should be done carefully, and with the right set of tools — otherwise one can end up damaging the original source media. We have seen many open source tools for imaging, each one having its own advantages and disadvantages. Trying any of these will give you experience with imaging various digital media.

After data acquisition and imaging comes the data recovery and forensic analysis of the forensic image files, to find digital evidence. We will learn about these two phases and the associated open source tools available in BackTrack, in the next article. I hope you have enjoyed your foray into digital forensic analysis.