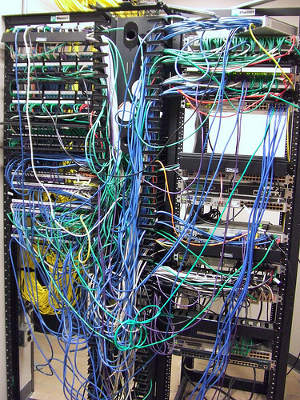 Networks play an important role in a sysadmin’s life. But have you ever wondered about the security of your network, or tried to find out how vulnerable it is? Let’s discover how to do this, using Nessus, and hack in to a vulnerable system using Metasploit.

Nessus is one of the best open source tools to track the vulnerabilities of systems on a network. It’s cross-platform software that is free of charge for personal use in a non-commercial environment. The latest stable release is 4.2.2.

Metasploit is a well-known open source project — one of the most widely used tools for penetration testing. Launched under the BSD licence, its latest stable release version is 3.5.2. Metasploit comes preinstalled in Backtrack Linux.

The firewall is turned off in the guest OS for faster processing. I plan to find the vulnerabilities of the guest, and then hack into it using the Metasploit framework. Metasploit recommends PostgreSQL as the default database, so I assume that you have PostgreSQL installed on your system, with an appropriate account and a database.

You can install Nessus directly from the repository by typing sudo apt-get install nessus in your terminal. If you want to install it manually, get it here. I’m using Nessus 4.4.0, which is compatible with Ubuntu 9.10 and 10.04.

To manually install Metasploit, get your preferred download from here. There are various ways to use Metasploit; from a browser to localhost, via GUIs, or at the console — which is what we are going to do. You can read the Metasploit documentation to explore more features.

After installing Nessus, you need to start the nessusd server (for *NIX and Mac OS X), by running sudo /etc/init.d/nessusd start. It is accessible via localhost. Nessus uses 8834 as the default port number. Thus, I visited https://127.0.0.1:8834 in my browser, to start using it. You will see a welcome screen like the one shown in Figure 1 which, as you can see, asks for a user name and password; so you need to create a Nessus account first.

Use the add user script in the Nessus binaries directory: /opt/nessus/sbin/nessus-adduser. You can create an administrator account, or a simple user account, based on some rules (refer to the Nessus documentationfor details). Figure 2 shows the account creation process.

Now, return to the browser. Enter the username and password. Welcome to Nessus! Figure 3 shows an “inside view” of Nessus.

Then scan the guest IP, 192.168.1.4, using the Scantab. It will take some time, after which it will list the vulnerabilities found, along with a mention of the vulnerability type (high, medium or low), whether or not it is an open port, etc. My scan result is shown in Figure 4.

Examine the report in detail to find out weak points. Save the report (with a .nessus extension — I saved it as abc.nessus) by clicking the Download Report button.

Now, let’s try to get complete control over the vulnerable system, using Metasploit. We will use the saved abc.nessus file with the PostgreSQL database, and then use db_autopwn, which will automatically discover any possible exploits from the imported Nessus vulnerability report.

Open the Metasploit console by running sudo /opt/framework-3.5.1/msf3/msfconsole. Type Help in the console to get a list of the available commands. Then issue the following commands:

Here’s the explanation for each line:

We will now use one of the possible exploits, exploit/windows/smb/ms08_067_netapi, along with the Meterpreter payload, to hack the vulnerable system. Refer to the article on Meterpreter from February for more information on this.

We have used the following commands to “own” the system:

That’s it! So now you have an overview of how to track system vulnerabilities and use them to hack a ‘remote’ system. Read the documentation of these tools to explore their various uses. Suggestions and feedback are always welcomed.

This article is purely for the sake of increasing your knowledge, and comes under the category of ethical hacking. Please do not apply the contents of this article on public networks, or computers that you do not own. The author and LINUX For You is not responsible for any kind of misuse of this information.
Feature image courtesy: Cloned Milkmen. Reused under terms of CC-BY-SA 2.0 License.

Kali Linux: Use this Popular Linux Distribution for Penetration Testing

Combining DevSecOps and the Cloud to Transform an Organisation