Home Content Basics FreedomYUG: Do You Really Love Yourself? 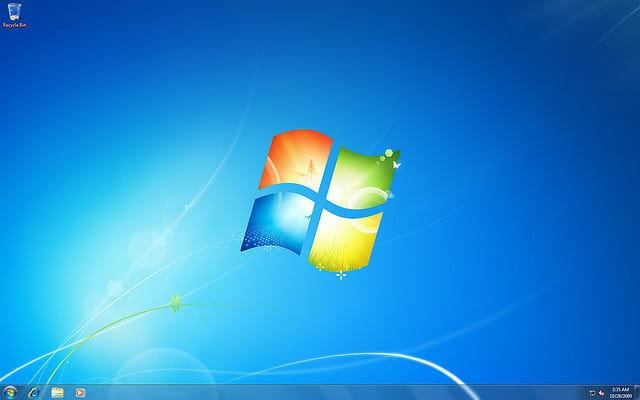 …or do you use Windows 7 Starter Edition on a netbook?

Do you genuinely love and respect yourself? Or did you just agree to buy a netbook with Windows 7 Starter Edition? On your new netbook, you’ll soon discover that you are prevented from even changing the desktop wallpaper image — you can only stare at the ugly Windows logo punched into the background. If you want to use a photo of your loved ones as your wallpaper, pay extra.

Once you get over this ignominy, you’ll soon discover a whole bunch of things that your deliberately crippled OS won’t allow you to do; search the Web for details. Then pause to consider that the netbook is the first computer targeting the next billion computer users in the world — people who probably buy a mobile phone before they buy a netbook. Oh! Their mobile phone lets them change their wallpaper. They’re used to having mobile phones packing more features while pushing prices further down, so this colonial style of netbook computing might come as quite a culture shock to these new users.

Windows 7 also makes netbooks more expensive. Confusingly, one vendor offered me a netbook shipping with Windows XP at a higher price than a similar one with Windows 7. Though a decade old, XP works better than 7, I was told. That’s not all. Unlike for mobile phones, new netbook users are informed that they should also purchase some anti-virus software, which is usually about Rs 1,000. Then, after a month of authoring documents in Microsoft Office, they have to pay about Rs 3,500 to continue work, and even access their own documents legally.

Booted out of netbooks

Disgusted by this, I spent two hours walking through dozens of laptop stores, evaluating countless netbooks. A few boot with Android (which, optionally, boots further into Windows 7). A couple boot into MeeGo. A few ship with DOS, which in my opinion is quite a retarded thing to do 35 years after the birth of the Graphic User Interface (GUI).

Frustratingly, the netbook market was carved out of nothing, and became a huge runaway success, thanks to the crucial decision of shipping this new category of devices with Linux and Free and Open Source Software (FOSS). Today, I can’t buy a single machine with Ubuntu, Fedora, or any other flavour of a Linux desktop distro. True, Android and MeeGo are based on the Linux kernel and more, but the real excitement is in the remixed versions I’ve just mentioned. I am also disappointed to note that the ‘OSS Gadgets’ section of the LINUX For You magazine only mentions two netbooks, and both ship with Android.

Please take a look at ubuntu.com/netbook. Windows 7 Starter Edition users might just be struck dumb with awe. Observe how Ubuntu transforms a netbook running a crippled OS into a device with the versatility that people would expect from a digital gadget shipping in the second decade of the 21st century — all free-of-cost, and with tremendous freedom. From April 28, 2011, this NetBook edition has even been rolled into the main Desktop edition of Ubuntu, the kind you’d expect to install on regular desktops and laptops.

Here’s the Old World learning from the New World, as it should be. Ubuntu isn’t the only choice; you may explore DistroWatch for several hundred options. Yes, you read that correctly.

Common sense dictates that vendors should ship netbooks with the far more sophisticated Linux distro, while also eliminating the artificial price hike caused by the proprietary Windows 7. Mercifully, the next billion users of computers in the world arrive fresh, and without the burden, habits, suffering, and misery of having to use Windows. However, common sense no longer makes sense where greed sets in.

So: if you really love and respect yourself, demand a netbook with Linux. If you can’t find one, ask how you may get a refund on the unused Windows 7 of the netbook you are about to purchase. Then find a geek friend willing to install the Linux distro of your choice on your new netbook. Then share the love… because that’s what it’s really all about.