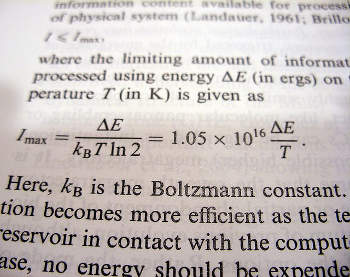 Continuing from the previous article on the subject, we now proceed to Sed data structures and operators.

Sed has a few powerful data structures and operators, which enable you to perform complex text-manipulation operations. Let’s look at some of them.

Pattern space is a memory area where Sed copies a matched line or text first, before performing operations on it. Text-manipulation operations are (always) performed (only) on the contents of this pattern space.

The n operator is used to explicitly read a line. When used in a Sed script, it reads a new line from the input, and replaces the current line in the pattern space. Let’s try an example:

The second line-reader operator, N, appends the newly read line to the pattern space. Hence, the pattern space will contain current_line\nread_line. This is very useful to perform operations on multiple lines. For example:

Here, on each execution for a line, N is executed. Hence, in the first execution, the pattern space will be 1\n2; in the second execution, it will be 3\n4 and so on. The substitution operation is used to change the order of lines. The first and second lines are swapped with a \n in between. The first \(.*\) matches the first line, while the second \(.*\) after a \n matches the second line. In the replacement part, \2\n\1 is used to change the order.

The d operator is used to delete all data in the pattern space. For example:

Any statement that comes after a d or D in the Sed script will not be executed; it skips the following commands, and starts the next iteration.

Get operator (g and G)

In the above script, swap two consecutive lines, using G and h.

The above sequence is executed iteratively until end-of-file is reached.

Flow control with labels; and testing with “t”

You would never expect Sed to support looping of statements. Yes, it has a branching command, b, which can jump to a label specified as :labelname. Branching can be performed by using b labelname. If the label is not specified, it will branch to the end of the Sed script. There is an additional operator called test (t), which is used for conditional jumps and is identical to b. The only difference between the two is that in t the branching will occur only if the last statement is executed successfully. For branching with b, you may need to explicitly quit from script execution with the q operator, since otherwise, it never ends the execution loop.

Let’s go through an example to test whether a string is in the format AnBn.:

Let’s go through the above Sed script, part by part.

We have gone through the essential components and features of Sed. Now let us go through a few nice examples of Sed scripts.

The tac command is used to print input lines in the reverse order. You can perform the reversal of lines by pushing the lines in a stack data-structure, and when it reaches the end, start popping and printing lines, one by one. Using Sed, we can manipulate stack operations with h and G.

This palindrome-check script is a slight modification of the example given in the flow controls with the labels section. Try to dissect it yourself.

Reversing words in a line

In this script, we again use a type of stack push-and-pop operation. Let us dissect the script.

Subsequently // matches the current pattern space if not empty, and deletes up to the first occurrence of \n, and the next iteration begins. At the end, an additional \n is replaced, and printed to get reversed words in the line.

The tail command (by default) prints the last 10 lines of a text file. Let us look at how to keep 10 lines in the memory of Sed as it processes lines:

We have covered most of the basic use of Sed, with the text processing capabilities of the stream editor. For more information, there is a Sed one-liner collection, written by the community.

Happy hacking till we meet again!