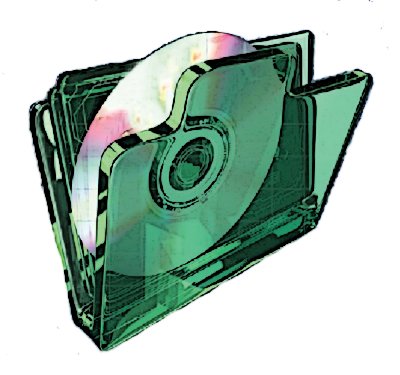 The first part of this series gave readers step-by-step instructions to build Openfiler from scratch. This second part covers two additional important features of Openfiler: bonded interfaces and software RAID. We also have a set of crucial troubleshooting instructions, if the bonded interface configuration fails during setup.

The earlier article used a standard PC based on an Intel dual-core 2.8 GHz CPU, 1 GB RAM, a single 100 MBps Ethernet card, and a SATA 80 GB hard disk. To create bonded interface and software RAID configurations, one Fast Ethernet card and two 500 GB hard disks were added to this original hardware.

Before starting the actual set-up, let us understand the basics of bonded interfaces and various RAID levels.

Bonded interface: A standard SATA II hard disk gives a write speed of 6 Gigabits per second. Fast Ethernet transfers 100 Megabits per second and Gigabit Ethernet 1 Gigabit per second. Thus, the network speed is six to sixty times lower than hard disk write speeds. Bonding two interfaces into a single one bridges this speed difference. Here, typically, two independent Ethernet interfaces with their own IP addresses are bonded to be accessed as a single interface by an additional third IP address, thus creating twice the bandwidth. Bonding is also possible for more than two interfaces. Bonded interface also provide redundancy if one of the Ethernet cards interface fail.

RAID: Openfiler supports RAID levels 0, 1, 5, 6 and 10, which are explained in brief for ready reference. For more information, please see the Wikipedia article on RAID.

Now, after the basics, let’s proceed with Openfiler configuration of bonded interfaces and RAID levels.

First, the prerequisites: a minimum of two Ethernet cards (eth0 and eth1) and two additional IP addresses in the same range as the Openfiler installation (the third IP is for the bonded interface bond0).

Now that we have the bare minimum, open the Openfiler Web interface (https://ipaddress:446), log in and go to System –> Network Interface Configuration. Edit the eth1 configuration, and enter the IP address and subnet mask for this interface (see Figure 1).


Proceed with bonding the two interfaces once the second interface is configured (Figures 2 and 3).


Continue to give the bonded IP address and subnet mask, leaving all other parameters at their default values (Figure 4).

Now, you won’t be able to access the Web GUI via the eth0 address. Instead, connect to https://bond0address:446.
Caution: Do not abandon the configuration in between. It is highly recommended that a bond be configured only if direct terminal access is possible to reconfigure, in case a problem arises.

Now, let us proceed to add RAID volumes to the box. We shall create RAID 1 100 GB volumes on the two new 500 GB hard disks.

Proceed to Volume –> Block devices. This (Figure 6) reflects all hard disks. Openfiler detects SATA hard disks as SCSI, but check the description — it is still ATA with exact model numbers. You can easily figure out from the description that the sda and sdc hard disks are Seagate, and sdb is Hitachi.


The first article explained addition of volumes for firstvolume. Exactly the same steps are required to be followed to create volumes on raid1group. (For installation purposes, you can treat a RAID volume as any standard volume created in Openfiler.) So, proceed with: Add Volume –> Raid1Group. Give the volume name as “Database”, and description as “database storage”. Allot the full 100 GB space to the volume, and select ext3 partition, to finally create the volume. The time required for creating the volume will depend on machine speed.

Proceed to define groups, users, and assign quotas to groups and users. Please refer to the previous article for detailed steps.

The benefits of using a separate disk for OS, and two additional disks for RAID 1 volumes, are:

If you misconfigure or cancel the bonded interface setup, the GUI access to Openfiler stops working. Here is what you should do in such a case. Connect a keyboard and monitor to the Openfiler system, and log in as root. Run the following commands:

Ensure that ifcfg-eth0 file has the following lines (adjusted for your configuration) or add them:

That’s all for this time, folks!