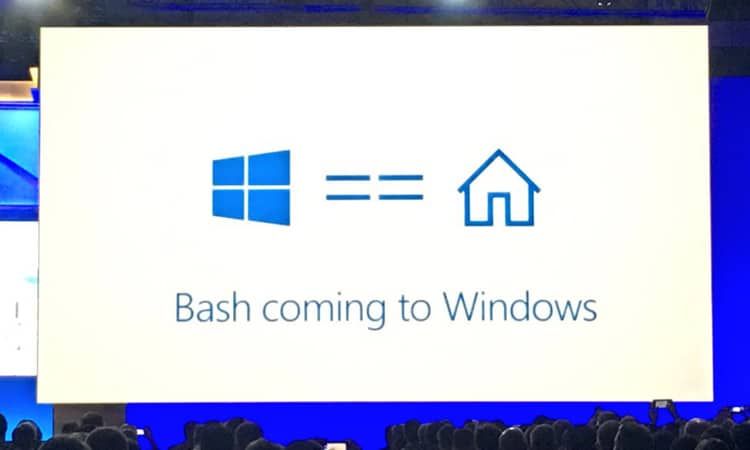 Microsoft is warning users of its Bash on Windows to keep the default Linux files. The software company has announced a “hard-and-fast” rule of continue using Bash shell on its platform.

Bash on Windows recently debuted on the latest Microsoft platform to enable the same command-line experience that was initially exclusive to Ubuntu. The feature creates a local Linux file folder under %localappdata%/lxss/ directory. This is the place where Windows users are now warned to make any alterations.

Microsoft highlighted the difference between the Linux Virtual File System and Windows NFTS that makes it leads to the lag.

“If WSL (Windows Subsystem for Linux) cannot find Linux file metadata for a given file, it assumes the file is corrupted/damaged, and will likely fail to open/read the file correctly, causing apps, tools, etc. to fail and in some cases, deleted files seen as corrupt,” the Microsoft team explained.

Alongside the distinguished file system, some Windows tools are implemented uniquely to handle file updating. This also makes it difficult for Windows platform to identify changes in existing Linux files.

Microsoft is asking users to follow two simple rules to avoid losing of files and keep a flawless experience on the platform without any data corruption. Firstly, all modifications are recommended to be made in the Windows filesystem. Secondly, Linux files stored in the local folder are not advised to be modified.

Bash on Windows is presently available as a preview on Windows 10. It is available through Ubuntu user-mode binaries driven by Canonical. Just like its presence on Ubuntu, Bash environment runs command-line utilities, navigate the file system and executive shell scripts.