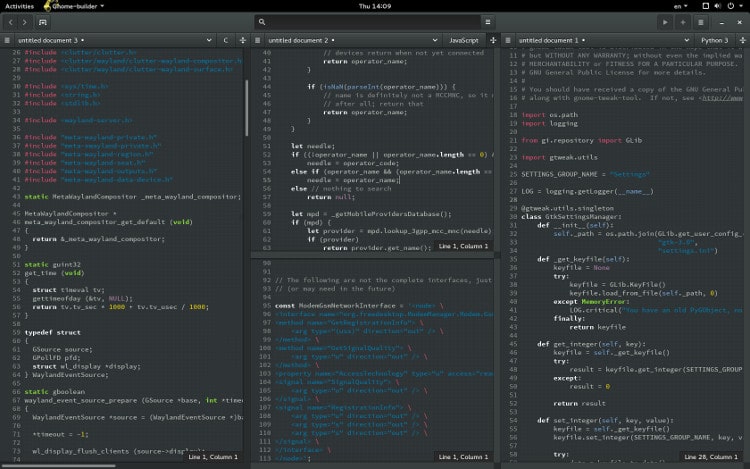 Using the new offering, developers can clone and edit flatpack can be done just by adding “-m” command line. It can also be integrated with a number of compositors. Further, the parsing inside Flatpak runtimes can be done using libclang library. There are additionally some new ways to wider content in file selection.

GNOME has additionally tweaked the UI for project creation and value auto-completion. Apart from this, a few security leaks have been fixed in the latest version. The team has also patched known issues of cache eviction.

Besides, the updated GNOME Builder supports a new set of languages for translation. There are languages such as the Brazillian Portuguese, Spanish, Esperanto, Czech and German among others.

You can download the latest GNOME Builder version from a respective repository of your distribution. Its code is available for access on a GitHub repository.