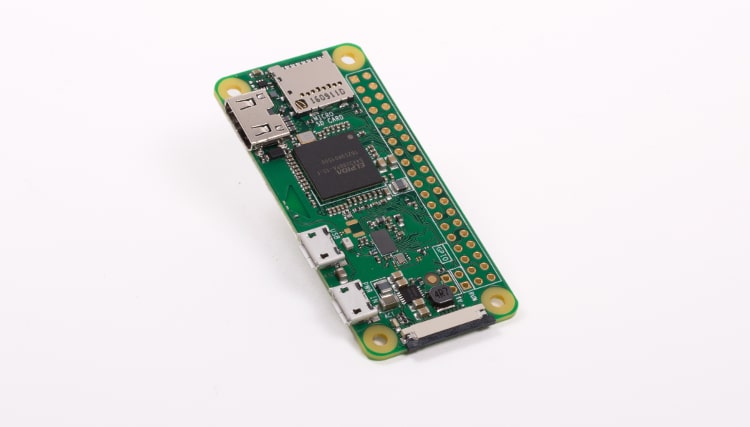 Exactly five years after successfully launching the original Raspberry Pi, computer engineer Eben Upton has brought Raspberry Pi Zero W. The latest entrant in the Raspberry Pi family is a new variant of the Pi Zero model that was launched at $5 back in November 2015.

Raspberry Pi Zero W widens the use cases of its previous model by bringing wireless connectivity through a built-in Cypress CYW43438 chip. First featured on the Pi 3 Model B, the chip provides 802.11n wireless LAN (WLAN) and Bluetooth 4.0.

“We imagine you will find all sorts of uses for Zero W. It makes a better general-purpose computer because you are less likely to need a hub: if you are using Bluetooth peripherals, you might end up with nothing at all plugged into the USB port,” Upton, who heads the non-profit Raspberry Pi Foundation, writes in a blog post.

Excluding the wireless connectivity support, the newly announced Zero W and the previous Zero have no differences. Both the single-board computers are 1.2-inch wide and have 2.6-inch of length. Also, they are powered by the same BCM2835 chipset that has a processing core at a clock speed of 1GHz.

The Raspberry Pi Zero family has 512MB of RAM and a microSD card slot. There is a full-size GPIO header with 40 pins to let you easily begin with your experiments. Additionally, the board has mini-HDMI ports, USB OTG (On-the-Go) ports, microUSB power socket and a CSI camera connector.

Alongside advancing the Pi Zero lineup, the Raspberry Pi Foundation has partnered with Kinneir Dufort and T-Zero to launch an official injection-moulded case. The new case has three interchangeable lids and is based on the same aesthetics that were developed for the Raspberry Pi 3 case.

Raspberry Pi Zero W will go on sale through all Zero distributors at a price of $10. The new case with colorful lids, on the other hand, will gradually roll out worldwide.