Home Audience Beginners Everything you need to know about Arduino 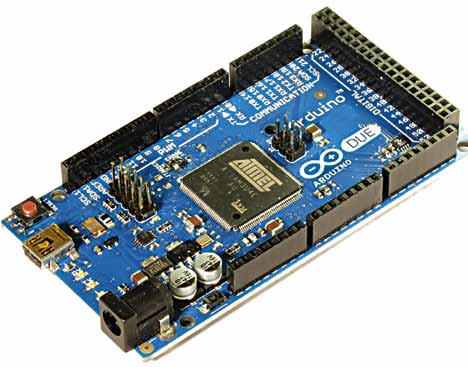 Arduino needs no introduction. Ever since its genesis in 2005, this open source electronics prototyping platform has gained immense popularity amidst artists, designers, hobbyists and anyone who is interested in creating interactive objects or environments. Started as a small project aimed at developing a device for controlling student-built interactive design projects, Arduino has turned into an electronics hardware movement of its kind. More than 120,000 Arduino boards had been shipped as of February 2010 alone. In less than a decade, its popularity has broken all bounds. So much so that even powerful prototyping platforms such as BeagleBoard are seen catching up with Arduino.

What makes Ardunio a ‘hit’ amongst design engineers, hobbyists, students and novices in the fieldof electronics? To findout, we probed some design engineers and companies that provide Arduino boards, projects and shields in India. And here are a few points that emerged from this discussion.

A simple platform that offers ease of use

“Arduino is an extremely easy-to-use platform compared to many other proprietary boards. Arduino users are not electronics geeks — they are artists, teachers or school students; you just have to name it. As against other boards, Arduino does not teach you the ‘what’ but the ‘how’ of electronics. No other board currently offers the flexibility of use on multiple operating systems, great library software, community support and super drivers,” says Saptarshi Chatterjee, headstrategic alliance, Robosoft Systems.

“India has a large number of engineering graduates who are probably not design engineers but into different job roles like business or finance. They form a critical mass apart from students who use Arduino to design useful and fun projects without spending years in learning basic electronics. Hence, given the fact that it is a simple platform, Arduino is a great training platform to create better design engineers in India,” adds Chatterjee.

Ajay Jadhao, founder and owner, Revosys, and a partner, Analogue Technologies, seconds the thought: “The most important thing in designing is knowing what you want to do. And if you know it, you can start with Arduino. You do not need any knowledge of AtmegaXX8 controllers’ architecture and can start with only the basic knowledge of C, C++ and JAVA. The Arduino integrated development environment (IDE) is as easy as writing a program in these basic languages. And that’s why it is popular amongst software developers and hobbyists too.”

An edge over other prototyping platforms

There are many factors that make Ar-duino popular compared to its proprietary and Open Source counterparts.

Wiring — another open source platform — is older than Arduino (launched in 2003) and simple too, but it did not become popular like Arduino. One of the key reasons is that many Arduino boards are available with support from the Arduino community. So designers can select the boards as per their needs, whereas choice is less in case of Wiring.

“Currently, Arduino and BeagleBoard are the two most popular boards in India, though none of these is designed in India,” opines Chatterjee.

BeagleBoard, which is a singleboard computer, is fast and powerful as it comes packed with a DM3730CBP 1GHz processor (commonly used in most smartphones), five USB 2.0 ports 512 MB of memory and on-board Ethernet.

“Compared to Arduino, which is available as an 8-bit, 16-bit or 32-bit microcontroller board, BeagleBoard is more advanced. But in a way, this has become its drawback also,” says Jadhao. He explains, “It is a bit complex to get started with BeagleBoard. If you need to design any advanced application, Arduino is not the answer. In such situations, working on BeagleBoard will help, as this single-board computer is designed for performing most of the needed applications without adding extra hardware.”

However, with the availability of powerful Arduino solutions, such as the PIC 32-bit Arduino solution of Microchip named chipKit, which according to the company is the first ever Arduino-compatible microcontroller-based open source develop-ment platform, even this requirement has been addressed to some extent. PIC32-based chipKit boards enable 80MHz performance and provide up to 512kB flash and 128kB RAM. The boards feature connectivity peripherals like Ethernet, controller area network and USB (full-speed host, device and OTG), in addition to peripherals such as multiple timers, a 16-channel 1MSPS analogue-to-digital converter (ADC), two comparators, multiple I2C, serial peripheral interface and universal asynchronous receiver/transmitter interface. chipKit platform also features MIPS Technologies’ MIPS32 M4K core.

You can purchase your favourite development boards from kitsNspares.com.