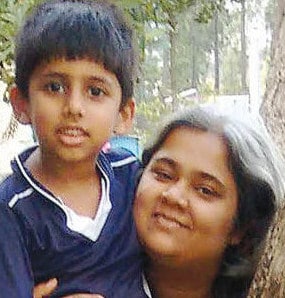 Even though many new programming languages and frameworks have emerged lately, many developers still need a guide — either online or offline — to enhance their coding skills. Janani Ravi, a former Googler and Stanford alumna, closely observed this behaviour before co-founding an online content studio called Loonycorn. Launched in October 2015, the studio produces developer-focused online courses for platforms such as Pluralsight, StackSkills and Udemy. Jagmeet Singh of OSFY speaks with Ravi to understand the need for an enhanced training model for developers. Edited excerpts…

Q How did the idea to launch Loonycorn come about?

The seed of the idea came in 2013, when my husband and I were both working with Google in Singapore. We encountered a video by RSA (the Royal Society of Arts) about what motivates people to work. The video has over 10 million hits on YouTube. We were blown away by how vividly we were able to recall the video even years after we watched it. After that, we started experimenting with a video-making tool called Videoscribe, and then started to build its automated version. By 2015, we had built a preliminary version of a video auto-generation engine. We filed for a patent for it in the US as well as in India, but then we realised that we enjoyed making content more than building an engine to help others build content. So we quit our jobs and started working on building niche content full time. By doing this on a regular basis, our startup morphed from a tech startup into a content startup.

Q So what’s different about Loonycorn when compared to the others in the market?

We are different in a good way because we are super-small with a team of eight members, have no external funding and are focused on just sitting down in one place for hours on end and doing work that we can be proud of. In about 18 months since we started Loonycorn, we have built about 100 courses and enrolled more than 100,000 students. We have also made lots of mistakes, but they were honest mistakes. I think we have largely avoided making the same mistake twice. 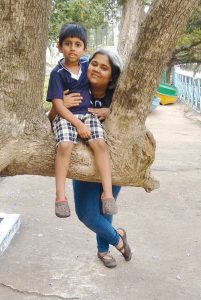 Until quite recently, we only made content on subjects that we already knew very well and had used in real life. But now we have started learning topics and technologies, and making content based on them. For this, we plunge in and learn the advancements as systematically and thoroughly as possible. We play around with a lot of ideas, particularly in the area of financial trading; so we try and find use cases for new technologies related to financial trading.

Q What are the challenges you’ve faced while searching for the most appropriate content for developers?

Q What, according to you, are the main issues the world of computer science faces today?

One big challenge is that the world is becoming a winner-takes-all world. This is not only in technology — it is happening in every walk of life. In the US, for instance, social mobility is far less than it used to be in the past. Those who have money, skills and talent keep getting more. The have-nots are getting squeezed. I think all this is largely driven by super-specialisation and by the speed at which technology changes. There is no alternative to learning and innovating. If you don’t learn, you are no longer relevant and slowly fade away.

Q Do you believe the Internet is making things easier for 21st-century coders?

Things aren’t getting easier for most coders. The Internet makes talent very mobile; so, now we all have to keep pace with the best in the world to stay relevant. It is not very different from what is happening in the other spaces such as the restaurant market. A decade ago, a restaurant needed to be good enough or better than other restaurants in a one-kilometre radius to survive. But now, with apps like Zomato and Yelp, and taxi aggregators such as Uber and Ola, customers can even travel for a distance of 15 kilometres to go to a great place to eat rather than sitting and tasting food at a mediocre one.

Q How important, do you think, is it for developers to have learning habits to enrich their careers?

Learning habits are getting more and more important in my opinion. As computer science professor Cal Newport writes in his book Deep Work, developers need to be prepared to sit down and do ‘deep work’. It is satisfying and professionally very rewarding.

Q Do Indian developers lag behind in skills, when compared with their counterparts in developed regions like the US?

There is a grit gap and not a skills gap between Indian and American developers. The best coders here are obviously as good as the best anywhere. In fact, we have so much to be proud of in tech. But at the same time, we need more coders who are like active batsmen. The willingness to stick with a difficult problem, sit in one place for hundreds of hours, code up thousands of lines of code — we are way behind in the perseverance needed to do all these tasks. This grit problem is the root cause of the skills gap — technology changes so fast that everyone without exception is going to find their skills becoming obsolete. The problem is that we are missing the grit to learn new technologies, and prefer to continue to survive in the market with older learnings.

Q You’ve indicated that financial trading is one of the focus areas of Loonycorn. What are the major offerings in the programming world that help coders to enhance their skills on that front?

My husband (Vitthal Srinivasan) has been a quant trader for quite a while in the past, and his take is that machine learning is the way to distil good trading signals. These days, you can rely on systems such as TensorFlow to ease the experience. It is notably Python that makes systems smarter for financial trading.

There is a ton of powerful stuff that developers can leverage to build new solutions for financial trading. Python has Pandas, Numpy, Scikit and, of course, TensorFlow, for supporting deep learning and machine learning in traditional models.

Q Lastly, what’s the advice you would like to give developers who are about to step into the coding space?

My brief advice for aspiring coders is to learn to sit down and work long hours — hundreds of hours on a regular basis. They don’t have to worry about money or any rewards at the initial stage. These fruits will follow if they are skilled enough. Here, I will use the term karmayogi — work for the sake of the work itself.