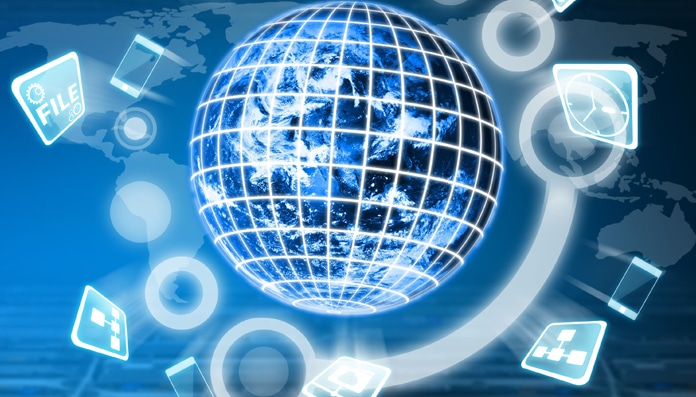 This article covers emerging open source technologies—the many trends that drive success today and will do so in the future. These range from how the entire tech industry is getting reshaped by digital transformation and the makeover of all tech enterprises from ‘Digital Immigrants’ to ‘Digital Natives’, to the rise of innovation accelerators and the emergence of next generation open source tech platforms.

Here are some of the areas in which groundbreaking open source technologies are set to revolutionise the world as we know it.

Machine learning (ML) is the study of algorithms that use large data sets to learn, generalise and predict. The most exciting aspect of ML is that with more data, the algorithm improves its predicting power. ML has acted as a strong base for self-driving cars, speech recognition, home automation products and much more. Machine learning is closely related to computational statistics and also focuses on making predictions via computers. It is regarded as an effective method for deploying complex models and algorithms that lend themselves to prediction in the commercial space — this is known as predictive analysis. Machine learning tasks are broadly categorised into supervised learning (semi-supervised learning, active learning and reinforcement learning) and unsupervised learning.

R contains more than 11,000 packages of various kinds, which are available through the Comprehensive R Archive Network (CRAN), Bioconductor, Omegahat, GitHub and other repositories.

3. Emerging trends in blockchains and Bitcoin

Blockchain technology is rapidly undergoing intense development due to great interest from academia and the industry sector. A blockchain is regarded as a shared, open source transactional database for tracking transactions of digital currency like Bitcoin.

According to Don and Alex Tapscott, “The blockchain is an incorruptible digital ledger of economic transactions that can be programmed to record not just financial transactions but virtually everything of value.”

A blockchain is a continuously growing list of records called blocks which are linked and secured using cryptography, with every block having a hash pointer as a link to the previous block, a time stamp and transaction data.

4. Open source and the Internet of Things (IoT)

The Internet of Things (IoT) is highly fragmented and changing continuously. Open source is playing a crucial role in creating IoT platforms as well as ready-made prototypes in terms of development boards for R&D and automation.

IoT standards, together with Artificial Intelligence (AI), are controlling and interpreting a wide range of activities in a smart manner. Without the use of open source technologies, there is no Web. IoT requires the same level of ubiquitous common access in its core functions and to the Web for shared accessibility. IoT deployments in the near future are expected to connect and integrate globally with billions of devices, assets, sensors and end points.

IoT platforms are regarded as the middleware layer between IoT devices or end points and services that consume data outputs. These platforms offer sophisticated end point management to control the devices.

IDC says that worldwide revenues for Big Data and business analytics will be up from US$ 130 billion in 2016 to more than US$ 203 billion in 2020 with an annual growth rate of 11.7 per cent. Nowadays, most organisations understand the value of capturing all the data streaming inside the business and hence employ open source Big Data analytics to gain crucial advantage from it.

Open source software and Big Data go hand in hand these days since today’s applications can handle diverse data in an effective manner, as it grows exponentially in variety, volume, velocity and veracity.

The popular Big Data analytics tools and platforms are:

Progressive Web Apps (PWAs) bring a mobile-app like experience to end users without any app installation requirements. Designed by Google, these apps were promoted in the Google I/O 2017 conference.

PWAs take advantage of the much larger Web ecosystem, plugins, community and the relative ease of deploying and maintaining a website when compared to a native application in the respective app stores. A PWA takes advantage of a mobile app’s characteristics, resulting in improved user retention and performance, without the complications involved in maintaining a mobile application.

Progressive websites are rapidly growing in popularity — as a way to build apps with JavaScript, CSS and HTML, and they have a level of performance and usability that’s nearly identical to native apps.

PWAs are able to work with most browsers and devices, fit in all screens with responsive designs, enable offline connectivity, and offer an app-like experience with features like push notifications and Web app manifest.

When creating a security policy for any organisation, or when building a security operations or research centre, the prime requirement is to have the right people, processes and effective tools.

The open source market is filled with lots of security tools and even Linux distributions like Kali Linux, the Parrot Security Tool Set, Network Security Tool Kit, Cyborg Hawk and many more. All these are used by security and penetration testing professionals for real-time security operations and to find vulnerabilities and backdoors in existing networks.

Open source intelligence (OSINT) is a methodology for using open source tools to collect information from publicly available sources, carry out analysis on the data and take the right course of action. To prevent security attacks on a network, it is of utmost importance to understand the information being collected by the organisation and the software being used to collect it.

In the US, it is expected that the 2018 budget for the Pentagon and the US’ Department of Defense (DoD) will include the launch of a new pilot programme, for which 20 per cent of the custom code developed will use open source software because as per Linus’s Law: “Open source software is more secure as compared to anything else.” GitHub hosts more than 70 million open source projects, of which 600,000 components are downloaded over 14 billion times.

The following are the top operating systems used by hackers and penetration testers. These are under continuous development to make them impenetrable against real-time threats:

Recent years have seen an increased interest in the implementation and usage of virtual reality, augmented reality and even mixed reality — particularly in the areas of healthcare applications, military, fashion, sports, construction, media, telecommunications, films and entertainment, engineering and education. However, higher adoption is limited due to the high costs of developing such software, the lack of technical skills and the difficulties in the implementation environment. To overcome these hurdles, open source has come to the rescue.

The Open Source Virtual Reality (OSVR) Consortium and Xilinx are also working on coming out with various VR hardware and software for end users.

The following are various toolkits, platforms and SDKs for VR, AT and MR:

Cloud computing is one of the most significant technologies to have emerged in the last couple of years and perhaps, even the next couple of years, resulting in billions of dollars in investments. The cloud computing industry is expected to touch US$ 241 billion by 2020. Common open source cloud applications are CloudStack, OpenNebula or OpenERP servers.

Innovations in cloud computing have led to remarkable trends like the increasing adoption of the public cloud; the adoption of container technologies like Docker, Kubernetes, Apache Mesos, LXD, etc; and the adoption of DevOps in application delivery and open source tooling by companies.

The following are some useful tools for cloud computing.