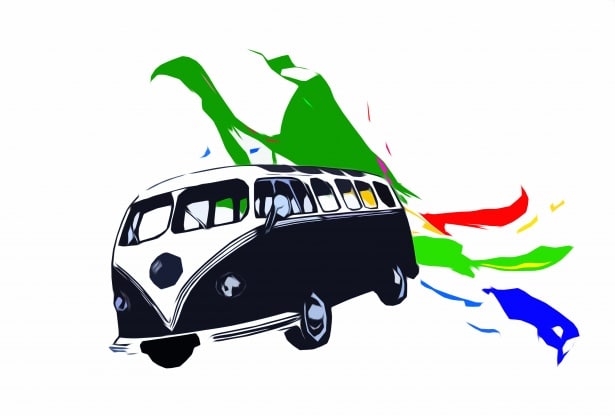 London has a cashless bus and rail system. On boarding a bus, the commuter swipes a card on a reader that is placed beside the driver, and both of them greet each other. How human an impersonal city can become with this simple experience! There are several other advantages of a cashless card payment for rail and bus services, which are outlined in this article.

There was a big and prominent warning on the door of the bus in Fiji, when I visited the islands recently: “$1000 fine for paying in cash.” It seemed that a couple of months earlier, all buses in Fiji had switched to payment by card only. I could buy a prepaid card for visitors or occasional users. This was a surprise and I wondered couldn’t the public transport services in Indian cities also benefit from electronic payment systems? I knew Delhi was planning to use the Metro card for buses as well. I googled and found some surprising results!

Wikipedia showed up a result for More Card, launched in 2012 in Delhi, initially acting as a common card for the Delhi Metro and its feeder buses. More Card is a rechargeable smart card for paying transportation fares in public transport systems in India. The brand name More has been chosen to signify the national bird peacock. But this was a surprise since I had never heard of it, and it was clear that this card was not the same as the Delhi Metro card.

The Wikipedia article contained one more surprise. In January 2007, the multi-application ‘Go Mumbai’ cards had been made available to the commuters in the city. The purpose of the ‘Go Mumbai’ card was to have a uniform currency for various kinds of transactions like paying tolls, paying for fuel, payments at railway canteens, etc. Sadly, I had never heard of this either. A further online search led to the announcements of the card in the newspapers and silence after that!

There seem to be other examples in Ahmedabad, Bengaluru, etc, but it is not very clear if the usage is widespread. In Delhi, it appears that the conductor needs to carry an additional reader and the passengers have the option to pay by the Metro card. This can make the life of the conductor harder.

In the developed countries, the motivation for the card systems is clearly to save operational costs. Buses in these countries do not have conductors. Also, the cost of counting and handling cash is itself huge. Hence, the move towards card payments.

People can be encouraged to use smart cards by offering a discount on the use of these cards, as is done by the Delhi Metro. In many US cities, payment by cash in buses is very painful as the exact change has to be deposited in the cash collection boxes. The driver has no cash to prevent (armed) robberies.

The motivation for introducing card payments in Rwanda and Fiji has been the lack of transparency in the earnings of the bus companies. In Rwanda, the bus operators were concerned about whether there was a leakage of funds in the collections made by the conductors. In Fiji, there was a concern about the subsidy due to the bus operators, given that the government was subsidising the fare of students and senior citizens. Hence, in both these cases, the option to pay by cash could not and did not co-exist with electronic payments.

What does this have to do with open source?

A fare collection system is not merely the hardware card and payment processing system. It makes it possible to innovate with fares. For example, the bus route I took in Fiji charged me $1.11. Imagine having to pay such an amount by cash. In some cities, you can get a transfer ticket, which allows you to continue your journey without having to pay for the next ride as well. This is easy to implement using electronic payments, even across multiple private and public bus operators.

Software modules can be created for computing fares, which should be open source so that each municipality does not reinvent the wheel but improves upon the experience of other cities. Since the central government subsidises the development of public transport, open source can help it achieve more with the same funds.

Open source can ensure that the data of each rider is used as a statistical data point and cannot be used as a surveillance tool. Data can be open, and additional services can be created for the convenience of the riders. (For example, the data from Indian Railways is used to give information on the average delay of a train, which is very useful for anyone deciding on a booking.) The data can be combined with GIS information and the statistics of riders on various routes as well as boarding and exit locations to improve the public transport services. Open source modules exist for such planning. For passengers, the route and GIS information is immensely useful for planning a trip, so why should we be dependent on Google only.

The objective should be to improve services

No public transport should have profitability as its objective. Even 40 years later, I recall an incident in an Amsterdam tram (light rail). A ticket checker entered the tram and was extremely polite. She found one passenger without a ticket. The passenger had a multi-journey ticket but had not punched it. The ticket checker just punched his card, and very politely reminded him to not forget to punch in future. No penal action or even a warning!

This is a perfect example of the real objective – to get as many people to use public transport as possible. If some non-payment is involved, as a matter of policy, the transit authority should take a tolerant view. I would love to see a city in which if a person says he has no money, the driver has no issues in letting him use the bus. If too many people who can pay are willing to misuse the system, society has far more serious issues than the collection of fare for public transport!

The nearest bus stop from my house is a very convenient route for me. However, the frequency is not great and on two consecutive occasions, even that schedule was not maintained. Hence, reliability is a major concern and I am not likely to use the bus. An easy solution is to double the frequency by using a mini bus. If there is no need for a conductor, the fixed cost of operating the bus route will not be significantly different.

GIS data can help identify bottlenecks and improve route speeds. In the case of the Delhi BRT (Bus Rapid Transit) system, no GIS was needed to realise that each crossing was a bottleneck. The Pune BRT system may experience the same fate. If the buses in these rapid transport systems run on a single route with no entry or exit points (except the starting point and the destination), each crossing can have a flyover for only the BRT system. A very frequent and fast transport system will easily convince anyone to use multiple buses to reach the destination faster, with the ticket being for the entire journey and not for each bus segment.

By making the location information of running buses available on a phone app, the impact of the unreliability of the service can be minimised. If even one person at a bus stop has a smartphone, he can help all the other waiting passengers. Location information is an integral part of electronic fare calculation. Hence, no additional costs are needed to collect the data.