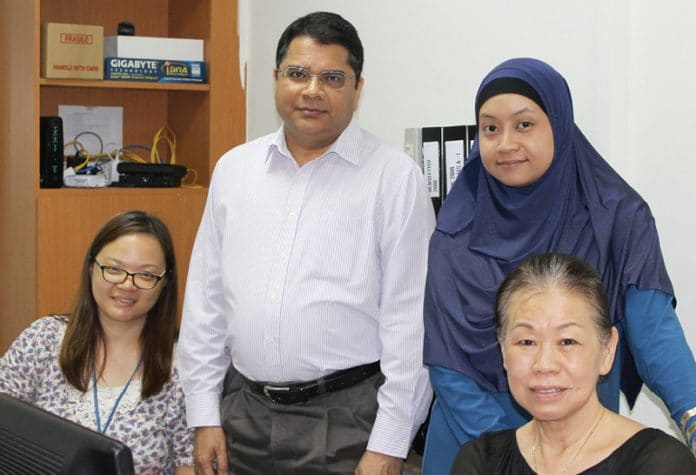 Why did Diabetes Singapore deploy an open source powered Crux LX to tackle its telephony challenge, and what can we learn from this experience?

Diabetes Singapore (DS) is a Singapore-based non-profit organisation. Its mission is to raise awareness and to provide education, counselling and support to people with diabetes, and to their families and the community, in order to empower them to lead a healthy and productive life. It is headed by Venkatesh Narasiah, executive director, whose vision is to run this organisation on commercial principles while keeping the non-profit motto alive.

Like most health organisations, the telephony setup of Diabetes Singapore (DS) included a mix of PSTN lines (eight phone numbers), one mobile number across three branches and one mobile van. As individually numbered phone lines were difficult to advertise and remember, managing this telephony infrastructure was a challenge at times. Customers would often get confused between multiple lines and locations. For Internet access, Narasiah’s team was using isolated digital public Internet lines, which were distributed by a router to the team members’ different devices in their branch offices. There was no voicemail or auto attendant/IVR (Interactive Voice Response) system for support. Calls between branches required placing external calls.

Session Initiation Protocol (SIP) phone lines was an option DS was looking at to unify the telephony across locations (for a single call-in number, internal dial-in across branches, and DID or Direct Inward Dialling for key external-facing staff members).

Diabetes Singapore approached the large SIP line providers in the country but none of them were willing to take up an end-to-end solution based approach. They were willing to only supply the SIP, while the implementation needed to be done by any vendor of DS’s choice. But there weren’t many implementation providers to choose from and the cost implications were also very high. Besides, these vendors too were not willing to provide a one-stop solution but wanted to implement the solution in phases, starting with the headquarters and going on to explore how the branches could be linked to the headquarters’ telephony system.

Around this time, Narasiah happened to meet Rohit Gupta, who was heading Crux Labs. Gupta was seeking customers who would try out his innovation – Crux LX, a device smaller than 7.6cm (3 inches) and powered by Raspberry Pi! Gupta’s pitch to Narasiah was that Crux LX would cost less than half of what other vendors had quoted, and more importantly, he would ensure an end-to-end integrated solution with minimal disturbance to the team. Gupta offered that in case the setup did not deliver, Crux LX would be decommissioned and taken back, and the telephony instruments would be redeployed.

To seal the deal, Gupta shared a chart (Table 1) comparing his solution with others in the market.

For voice communication, Crux LX acts like a SIP server. To connect with this server and start speaking, you can download any SIP client application or softphone application that allows you to input three key data points—extension numbers, passwords and the IP address of Crux LX. The people at DS preferred to use desk phones at their centres; hence, they installed additional switches to connect wired IP phones. These three data points allowed a SIP client to register with Crux LX, and employees could then call one another.

Crux LX uses open source software and hardware components for its product development. It is capable of forming a closed loop communication amongst a group of trusted devices over the Internet. DS used this to connect its centres at different locations across Singapore—Boon Keng, Jurong and Bedok. Multi-location interconnections involving a large number of users at each location were done via an Inter-Asterisk Exchange setup that was supported by this system. When deployed in this configuration, a company’s New York office can call its London office as though making a call within the office, though it will be routed over the Internet. This can be made secure by using VPN software.

DS employees can now connect to the Crux LX device in their office even when they are not in the office but are connected to the Internet. They can make and receive calls even from outside the office, as though they are in the office. With this device, the staff at DS can now enter three-digit numbers to call colleagues across locations and mobile vans without incurring call costs.

The deployment at Diabetes Singapore was the first end-to-end implementation by Crux Labs in Singapore. Hence there were some specific issues since the network setup was new. All of these were debugged—the setup was complete in two days and went live across all locations. New installations with the chosen SIP provider now take just 15 minutes!

Challenges also emerged when the setup went live. DS’s Internet subscription didn’t provide the company with a static IP address; hence, whenever the router got restarted, the IP address would change—and require a reconfiguration of the setup. Narasiah is now getting a static IP address to eliminate this issue. Plus, whenever the Internet bandwidth at the branches fluctuates, it causes a temporary dip in the quality of the calls.

Currently, Narasiah’s team is processing about 400 to 500 calls a week, and delays resulting from calls having to be routed through an operator are gone. Narasiah expects the investment in Crux LX to pay back in 12 to 18 months, depending on the usage!