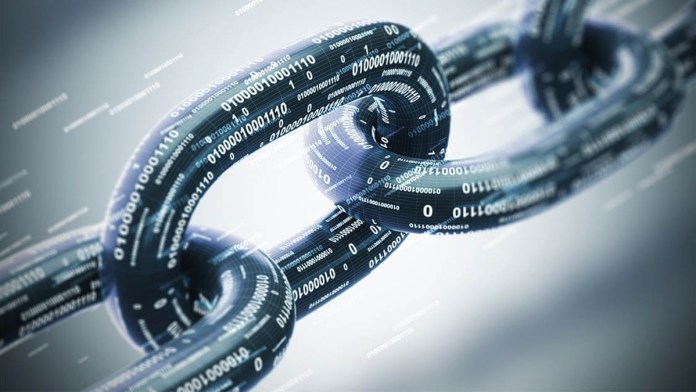 Blockchain has revolutionised the Internet. This new and ingenious technology allows blocks of data to be distributed across ledgers, without any central administering authority, but with the essential requirement that the data be validated by participants. This makes the data open and secure. Blockchain technology can be used to great advantage in cloud storage solutions.

“The blockchain is an incorruptible digital ledger of economic transactions that can be programmed to record not just financial transactions but virtually everything of value.”

—Don and Alex Tapscott, authors of ‘The Blockchain Revolution’

Blockchain technology is built using peer-to-peer networking. Anyone can join the network and there is no central authority to manage it. It is operated by people, called miners, who lend their computing power to the network in order to solve complex algorithms. Machines run by miners perform the necessary functions to solve the algorithms, and for that they are rewarded with a fee (for lending their computing power). In the case of Bitcoin, that complex algorithm is SHA-256.

In a blockchain, each block stores the data of the transaction, its hash code and the previous block’s hash code. So whenever a new block is created, it is validated by a majority of the peers or miners on that network. If anyone tries to change the data in one block, the entire blockchain will be invalidated; so it’s nearly impossible for an individual to change all other attached blocks—and that’s how a blockchain remains secure and managed. Also, all the data is encrypted for security purposes. Bitcoin works on the same technology. It is a virtual currency that is mined using the blockchain technique and today, the value of one Bitcoin is Rs 458,609. So, as you can imagine, it’s virtually like gold.

This blockchain technology is not just used for cryptocurrencies but can be used in many other sectors also. Potential use cases are video or audio streaming, cloud storage and much more. Today, a lot of research is going on to study how to tap the power of this technology and apply it across various verticals.

Google Drive, Dropbox, Gmail, etc, are the basic examples of cloud storage. Cloud storage allows users to store their data online and hence access it anywhere and at any time — that’s the biggest advantage. Nowadays, we store all data in the digital format, having moved beyond the stage of managing bundles of physical files. Government agencies are also leveraging the advantages of cloud storage and availing the benefits of public and private clouds to store, manage and manipulate data. All the data stored in the cloud is encrypted and cloud services are available under a range of SLAs, covering data integrity and privacy. Many companies have shifted their entire data centre onto the cloud and enjoy advantages like elasticity, load balancing, redundancy, availability and integrity. This market is expanding at an exponential rate, currently, with the majority of cloud storage being provided by large companies like Google, Microsoft and Amazon. You may have observed that even mobile companies like Samsung and Apple now have their own cloud storage offerings, such as Samsung Cloud and iCloud, for end users.

Blockchain cloud storage solutions take the user’s data and break it up into small chunks. They then add an additional layer of security and distribute it throughout the network. This is possible using blockchain features like the hashing function, public/private key encryption and transaction ledgers. Each chunk of data is stored in a decentralised location. If intruders try to hack into it, they first get encrypted data, and then get only a chunk of the data and not the whole file–this secures documents in blockchain based cloud storage.

Another benefit is that the owner is hidden since the node does not store the owner’s data. The miner only gets a chunk of data; hence, all the sensitive information is protected and secured. Data redundancy and load balancing mechanisms are applied for high availability and quick access. Whenever a user tries to fetch data, all chunks of the data are first validated and if any alteration is found on a data chunk, then the miner who altered the data chunk is removed from the network, and that altered part is taken from another redundant copy. Thus, all users get original and identical copies of the data.

Companies like Sia, Amazon and Storj are creating systems for paying a small amount to such participants for providing the extra storage from their computers. So, in the near future, we can see many more cloud storage providers moving to this technology. In the coming articles, we will talk about blockchain based cloud applications and how to create your own cryptocurrency.