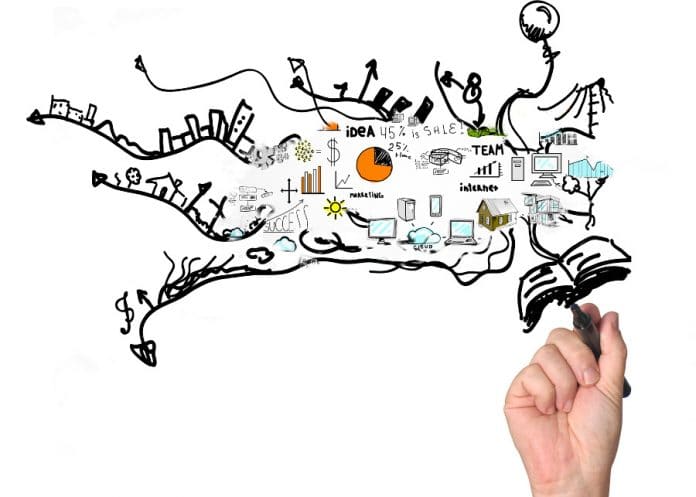 There are some crucial questions that society needs to ask in today’s tech controlled universe – on monopolies, on the lack of choice customers have in the tech-enabled economy, and the lack of regulatory controls over Big Business.

The WikiTribune interview ‘Internet business model a risk to democracy, says ProtonMail chief’ (https://goo.gl/sgiS1d) is worth a read.

In the US, the business model makes it remarkably easy to use a credit card. Most of the time, no PIN entry is needed. At a particular store, one checkout counter required me to enter the PIN, while an identical second counter just needed me to sign, without checking anything else about me.

Just before I was leaving the US, I got a couple of alerts that my card usage had been declined. Fortunately, there was only US$ 10 left on the prepaid card. I came to know that some impersonator had presented my ‘card’ at two physical stores in the Los Angeles region, which I had visited four months earlier. My card’s information could very well have been lifted in the course of some transaction I’d made in the Bay area, when I was there. But I could not find out whether it was a physical card that had been used by the fraudster or a smartphone with a proximity reader.

The point is that credit card companies give customers very little information on how their data is being collected or used. I did not have an option to insist that the PIN be mandatory. I could have used cash, but usually, it is only after the card is presented does one come to know whether a PIN is required or not.

It is becoming far too risky to assume that the data collected cannot cause harm to anyone who has nothing to hide.

Advertisement-supported businesses have been around a long time. We have all depended upon inexpensive magazines and newspapers, thanks to advertising revenues for the publishers. Ads have served a useful purpose as well, especially to create the initial awareness of a product or service. The current Internet model is merely following this age-old format. So is the following comment in the above article reasonable?

“The whole business model of mining data to serve ads to make money is fundamentally a flawed model.”

Even newspapers and magazines collected information about their readers to sell ads. One obvious difference is the scale. The analogy of a phase change in physics seems appropriate. There are few similarities between the collection of the same molecules in a gaseous state and a liquid state.

Looking at it from the perspective of the current business models, any alternative does not seem even feasible. How much would each search on Google, every post on Facebook or a message sent on WhatsApp cost? Would it make any difference to how the system worked as a whole? The same set of companies would have the same data.

However, it is possible to have an organisational setup which is different. The following three readily come to mind – Linux, Wikipedia and Internet Archives. The scale of each is phenomenal. The remarkable value of each is undeniable. Yet, none of them would have its value measured or promoted in market value!

What if Wikipedia was ad-supported

Wikipedia supported by ads could certainly have worked. Its expenses would have been higher. In addition to what it does today, it would have needed the following:

Over time, the currently non-existent departments would most likely have become dominant as they would be the ones dealing with cash and market value. You can judge for yourself what that would have resulted in. The following two possibilities come to mind:

On the positive side, a lot of developers would proudly say that they work for Wikipedia.

Dealing with the winner-takes-it-all world

A recent interview of WhatsApp co-founder Brian Acton (https://goo.gl/8BjMA3) illustrates the dilemma of wanting a different business model. He says that his plan to charge a small sum for sending messages beyond a certain free limit was shot down as it would not have scaled. He states in the interview:

It is comparatively simple for one of the major players to buy out potential competition and merge it with its own product or kill it.

A reaction to the concentration of data in the hands of a few is emerging. One example is the Underlay project (https://underlay.mit.edu/). In an article in which founder Danny Hill (also the co-developer of Freebase) was asked, “Why Underlay?” (https://goo.gl/DcEcXR), he replied that it was his…

“…penance for having sold the other one to Google.”

Acton has used US$ 50 million of what he earned from the sale of WhatsApp to help fund a non-profit foundation to keep Signal app-free and open (https://en.wikipedia.org/wiki/Signal_(software))

Can regulators control the new monopolies?

The tech monopolies of today are multinational. They are more likely than not to be based in the US because the financial power is centred there. The fines imposed by the European Union may not lead to structural changes, but they do result in discussions around whether the current status is beneficial to society as a whole.

A question one can ask is that do these systems need to be under a single umbrella? The applications are inherently distributed. Fare comparison sites illustrate that it is possible to get data from multiple sources and present them in a more relevant way. The DuckDuckGo search engine is an example.

What would be needed is open source software developed in a cooperative style like Linux. So that it is trusted and can be deployed widely with minimal constraints.

It is possible to have multiple sites that collect search data. Each site may opt to upload search information rather than the sites being crawled. Each organisation can be free to decide what it wants to be searchable and through which search servers.

A client-facing site could collect the search results from multiple search data servers and present them to the user. The user also may have a profile which may provide the context for personalising the search results. For example, does a search for ‘wine’ refer to the software or the drink? You would want it to be software if you are working and the drink when not.

A way to start could be for regulators to compel any company that is a virtual monopoly and offering a free service in its region, to insist that any person or company should be able to access the information through an open API. The companies will obviously threaten and may even walk out of such a deal. But like China, one may need to take that risk and the rest may then be driven by the market.

The following example made me aware of the absurdities of how we measure whether our societies are getting better off:

If you dry clothes in a dryer, you are adding economic value to the society. However, if you dry your clothes in the sun, society is not measurably better.

Regulators must push for and enable cooperative and open source business models because these genuinely improve society even if the accepted ‘measurements’ do not indicate that. The recent value of the Red Hat acquisition demonstrates that it does have substantial worth, while raising concerns of too much consolidation of power in the hands of a few companies in the current era.

The reduction in the number of telecom operators is a worrisome sign that the push may have to come from the people first, and not the regulators. One hope is that a project of Tim Berners-Lee to decentralise data (https://solid.inrupt.com/) will succeed as well as the World Wide Web.