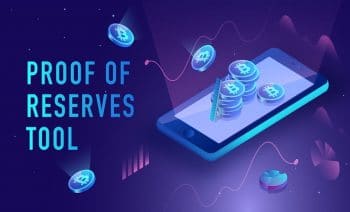 Blockchain tech company Blockstream has developed a “proof of reserves” tool to standardize the authenticity of exchanges’ crypto reserves.

The company has submitted a Bitcoin Improvement Proposal (BIP) to the bitcoin-dev mailing list for consideration, and is open-sourcing the development of the tool for feedback from the industry.

In the wake of many high-profile hacks over the years, Bitcoin exchanges are increasingly coming under pressure from users and regulators to prove they are managing their users’ funds correctly, the company pointed out in a blog post.

“At Blockstream, we’ve been working on a solution to provide a best-practice standard Proof of Reserves for the industry, that offers broad compatibility with the way most Bitcoin exchanges are storing their users’ funds,” it said.

The company in its blog also noted that lack of standardised methodology for Bitcoin proof of reserves leads to two major problems: poor accessibility and security risks.

Blockstream stated that its original idea was to build a solution for Liquid functionaries to prove their Liquid bitcoin (L-BTC) reserves to third-party auditors. But it soon recognized that existing approaches by exchanges for regular Bitcoin reserves had room for improvement, and that their software had wider applications outside of the Liquid Network.

The company stated that its Proof of Reserves tool iterates upon tried-and-tested methods already used within the industry, rather than attempt to build a brand new, “fancy” solution from scratch.

“Put in as simple terms as possible, Proof of Reserves allows an exchange to prove how many bitcoin they could spend, without needing to generate a “live” transaction or exposing themselves to the risks of moving funds,” it said.

The company further explained, “Using the tool, an exchange first constructs a single transaction which spends all of an exchange’s Bitcoin UTXOs, and adding an extra invalid input. By including one invalid input, the entire transaction is rendered invalid and would be rejected by the network if broadcast. However, the transaction is constructed in such a way that it can still be used as an explicit proof of all the Bitcoin UTXOs spendable by the exchange.”

Proof of Reserves will be rolling out as a standard feature on Liquid for proving L-BTC holdings, according to the company.