Home Audience CIOs “Hackathons are no longer for coders only” 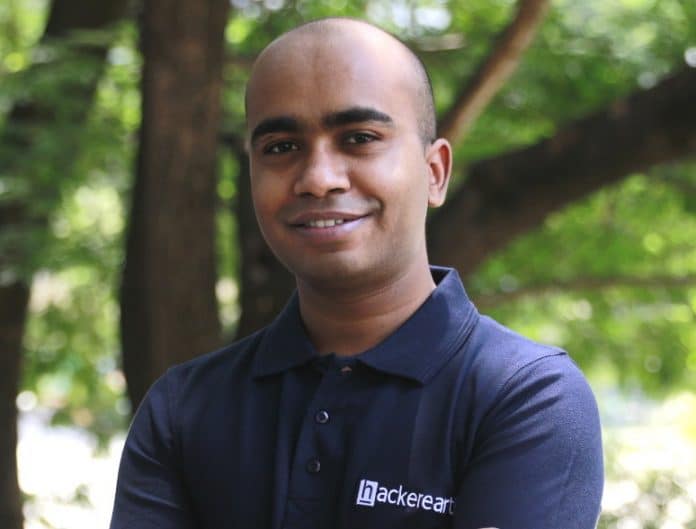 HackerEarth offers enterprise software solutions that help organisations with their innovation management and technical recruitment needs. The company has conducted over 1000 hackathons and addressed 10,000 programming challenges till date. In an interaction with the OSFY editorial team, Vivek Prakash, CTO and co-founder, HackerEarth, discusses the role of open source in HackerEarth, the open source tools used, the challenges in finding the right talent and much more.

Q What was the idea behind setting up HackerEarth? How has the journey been so far?

The nature of every business is changing—it is increasingly becoming technology-driven. This changing nature of work requires businesses to reinvent the way they hire, retain and leverage talent, in order to constantly innovate. Today, the biggest threat for a business is to be out-innovated. At HackerEarth, we help businesses to constantly drive innovation by leveraging the power of their internal talent, by crowd-sourcing solutions and hiring the right people.

The journey so far has been phenomenal. Today, HackerEarth has about 2.5 million developers and works with 500+ customers all over the world. We are growing at a fast pace. We plan to add another one million developers within the next one year and take the customer base to over 1000.

Q How are you helping the developers improve their technical knowledge using your platform?

Developers get access to real-world problems on HackerEarth that require broad skillsets, ranging from knowledge of programming and machine learning (ML), to experience in domains like healthcare, fintech, and new concepts such as blockchain. By working on problems, developers are not only able to understand the domain better, but are also able to learn new technologies.

A real problem statement would read as follows: “Build a system that can help us distinguish forgeries from actual signatures. This system should be able to study signature parameters such as strokes, curves, dots, dashes, writing fluidity and style, in a writer-independent manner and create features for the identification of a signature.”

Along with real-world problems, developers have access to tons of resources on programming, data structure, and algorithms – all of which are essential for a good foundation in programming. We also have a rich library of articles and conduct webinars to help developers in upskilling.

Q What role has open source played in the success of HackerEarth? Which open source tools and programming languages do you use?

Open source has played a significant role in building HackerEarth from Day One. The primary operating system used is Ubuntu. The primary programming languages used are Python and JavaScript. A popular open source framework based on Python-Django powers most of HackerEarth. React, a JavaScript library for building user interfaces, is primarily used in the front-end. Buildbot, an open source framework for automating building, testing and releasing, is used for ‘continuous integration’ and ‘continuous deployment’ at HackerEarth.

Besides these, MySQL, MongoDB, Elasticsearch, Docker, Redis, Apache Kafka, Apache Thrift, RabbitMQ, NGINX, Apache HTTP server, InfluxDB, OpenVPN, Consul, Supervisor and Zookeeper are some of the other open source tools in the HackerEarth infrastructure, which powers millions of developers, millions of code evaluations, and terabytes of project submissions in the cloud.

Q There are several new sectors that are adopting hackathons and coding challenges. Could you brief us about the technologies and languages that are being used nowadays?

Hackathons are no longer for coders only. We now see a lot of non-tech companies going in for hackathons as a platform for collecting ideas and prototypes. At HackerEarth, we have worked with several well-known brands such as the Future Group, Unilever, GE Healthcare, SBI, etc, to solve challenges ranging from customer data management to digital transformation in the banking sector. The technologies and languages being used the most during hackathons include HTML/CSS, JavaScript, Python, Java, PHP, etc. 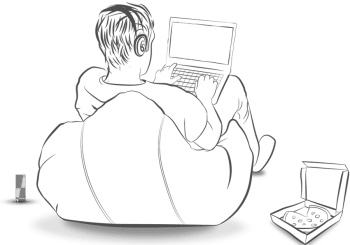 Q Is finding ‘quality talent’ a challenge in India for open source?

Q What type of skillsets do you seek in those you are hiring?

At HackerEarth, we look for knowledge in Python, Django, and experience in software development. Knowledge of React and JavaScript becomes a must for front-end engineers. At the same time, a good understanding of MySQL, RabbitMQ, Redis and other infrastructure tools is also important.

We recently hosted Djangothon, which was a hackathon exclusively for Python and Django developers. This helped us connect with a pool of passionate Django developers, many of whom were interested in working at HackerEarth due to our engineering challenges and expertise in Django. We also leverage the HackerEarth community to reach out to experienced developers who have the skillsets that we’re looking for.