The OpenTAP project includes a growing community of developers dedicated to the idea of effortless automation. 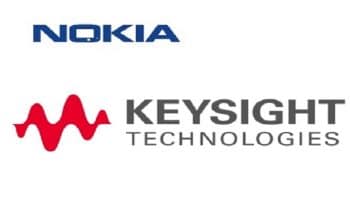 It provides an open source, scalable architecture that enhances and accelerates the development of automation solutions within the test and measurement (T&M) ecosystem.

The OpenTAP project includes a growing community of developers dedicated to the idea of effortless automation. The core technology is a test sequencer, to which the community is continuously adding plugins and solutions that lead to faster development, new functionality and optimization in test.

Through these contributions and the enhanced collaboration possible with its open-core approach, OpenTAP aims to inspire creators to innovate automation solutions in T&M and beyond.

“Our goal with OpenTAP is to enable unprecedented levels of collaboration in the test and measurement industry and to benefit all participants in this open-source project,” said Jay Alexander, Chief Technology Officer of Keysight Technologies.

From inner source to open source

OpenTAP originated from Keysight’s own internal project — known as inner source — which the company started to increase software reuse within its engineer groups.

“Coinciding with Keysight’s inner source adoption, multiple customers (led by Nokia) approached Keysight to release core components of our test automation solutions as open source, in particular to enable more sophisticated testing in-place, in deployed devices. This confluence of capabilities and requirements led to the launch of OpenTAP” – the OpenTAP team wrote in their official website.

The project is inspired by “gypsy brewers” who collaborate with established breweries to create their own recipes.

“For over a decade the tenets behind our work have always been focused on simplicity, scalability and speed for users. With OpenTAP, we open the doors to brewing something great together,” they said.

OpenTAP is released under the OEM-friendly Mozilla Public License Version 2.0.

Keysight and Nokia previously demonstrated early capabilities and outcomes of OpenTAP at MWC19 Barcelona, in February 2019.