Microsoft also announced a slew of other offerings for Windows developers, including Windows Terminal, XAML Islands, React Native for Windows and MSIX Core. 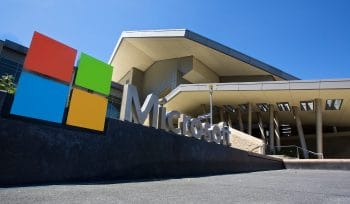 Microsoft’s newfound love of Linux and other open source projects is getting deeper. The tech giant on Monday announced Windows Subsystem for Linux 2 (WSL 2), the next version of WSL, at its Build 2019 developers conference.

Windows Subsystem for Linux (WSL) is a compatibility layer for running Linux binary executables natively on Windows. The upcoming version, WSL 2, is based on a Linux 4.19 kernel coming soon to Windows. This kernel uses technology built for Azure. In both cases, it helps to reduce Linux boot time and streamline memory use.

Windows Subsystem for Linux 2 (WSL 2) will be much faster than WSL as Microsoft promises “twice as much speed for file-system heavy operations, such as Node Package Manager install.”

This will be the first time a Linux kernel is shipped with Windows, and it is a true testament to how much Microsoft loves Linux, noted Craig Loewen, Program Manager, Windows Developer Platform.

“We’ll be building the kernel in house from the latest stable branch, based on the source available at kernel.org. In initial builds we will ship version 4.19 of the kernel,” he stated.

At the Build 2019 developers conference, Microsoft also announced a slew of other offerings for Windows developers, including Windows Terminal, XAML Islands, React Native for Windows and MSIX Core.

Windows Terminal, available in preview now, is a new application for command-line users that promises a user interface with “graphics-processing-unit-accelerated text rendering.”

Both the Windows Terminal and WSL 2 are coming in mid-June.

Meanwhile, the company has released a performance-oriented React Native for Windows implementation on GitHub. It also debuted a developer preview of MSIX Core, which enables Windows 10’s MSIX packages to be installed on Windows 7 and Windows 8.

(With inputs from betanews, VentureBeat)