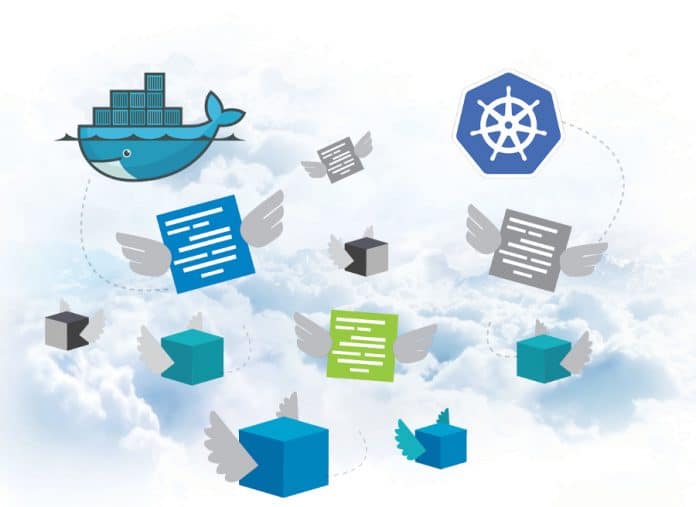 Containers present an easy way of deploying traditional applications, cutting-edge microservices and Big Data apps anywhere. In enterprises in which a large number of Docker pods may be in use, Kubernetes is one of the best orchestration tools to choose. Migrating application workloads to containers has many advantages for enterprises, such as profitability, scalability and security.

It was only a matter of time before containers changed the way enterprise cloud infrastructure was built and packaged. Containers have promoted and supported the concept of modularity, allowing applications and software to be independent of their life cycles. They’re now used intensively with cloud orchestration and are therefore increasingly critical for enterprises looking to scale up and succeed with their cloud infrastructure.

Orchestration refers to the process of automating the deployment of containers, which optimises applications. Container orchestration is imperative to manage the life cycles of containers in large environments. The most popular container orchestration tools today are Kubernetes, Marathon for Mesos and Docker Swarm. The configuration files point to the container images and establish networking between containers. These files are branched so that they can deploy the same applications across various environments, after which they are deployed to the production clusters.

Business advantages of the migration

The main reason for businesses to migrate to containers is that they offer a cost advantage. This is accomplished through a number of avenues.

Docker has been fairly successful, with almost every enterprise trying it out and more than 66 per cent of them adopting it thereafter. Its adoption continues to increase rapidly, with major corporations like PayPal, Uber, Spotify (which has more than 300 servers up and running) and even institutes like Cornell University choosing to adopt it. It is highly popular among most enterprises due to its support for multiple languages, and has a host of other benefits, such as:

Kubernetes is the popular open source orchestration tool for Docker containers and has grown rapidly over the past few years — not just as a tool, but even as a community, with more services, support and assisting tools now widely available. A number of cloud native Kubernetes distributions, like Azure Kubernetes Service, Google Kubernetes Engine, Amazon Elastic Kubernetes Service and DigitalOcean Kubernetes Service (DOKS) are being widely adopted to deploy and manage the containers.

The cloud native Kubernetes distribution has lightened the enterprise workload by a considerable amount by automating the deployment process.

Kubernetes is a relatively novel concept. With the community around it and their skillsets still evolving, it can be potentially difficult to implement the concept of containers for existing applications. Working with Kubernetes requires a certain degree of team reorganisation and some additional employees with the desired skillsets, as it can be hard to set up and configure.

While diving into Kubernetes, there are a number of factors an enterprise must keep in mind to avoid any roadblocks.

Migrating workloads to the cloud and containers can seem like a daunting task. However, with Docker and Kubernetes and their well documented tutorials, the process is certainly made a lot easier. With industry support behind both (Google designed Kubernetes and Docker has alliances with Red Hat and Microsoft), security, safety and reliability are more than reasonably assured.