How the Tron, VET, NEO and Ethereum Blockchains Differ 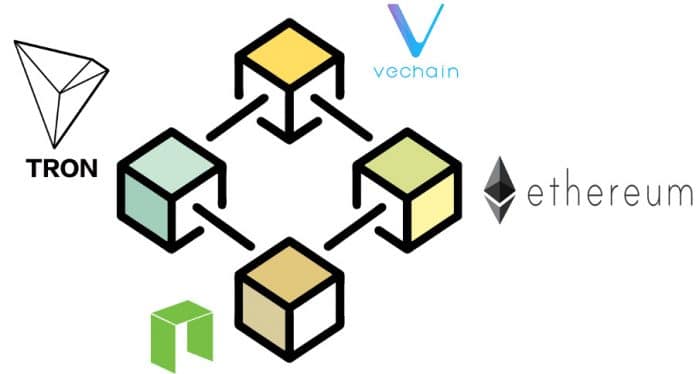 The phenomenal rise in the value of Bitcoins was the trigger for the interest generated in blockchain technology. Developers keep coming up with new blockchain technologies at frequent intervals, and each is claimed as superior than the others. Here is a comparative study of the Tron, VET, NEO and Ethereum blockchains.

The Tron blockchain
Tron uses a three-layered architecture — the application layer, storage layer and core layer. The Tron protocol follows Google’s Protobuf and hence it supports multi-language extensions.
The Tron blockchain does not rely on Proof-of-Work (PoW) consensus, because this consumes more power and has a very low transaction speed (TPS). It uses a Proof-of-Stake (PoS) model as a consensus mechanism.

It uses KhaosDB and stores all new fork chains within a certain period of time, thus allowing witnesses to switch active fork chains into a new main chain.

The cool feature of Tron is that it allows the creation of one’s own contract, irrespective of the complexity. These contracts run on Tron virtual machines. Hence, the virtual machine platform itself helps the developers to create several different dApps.

For deployment into Tron virtual machines, the following are the prerequisites:

The VET blockchain
The VET blockchain of VeChain is developed by the VE Foundation, Singapore. According to the official website, “VeChain aims to connect blockchain technology to the real world by providing a comprehensive governance structure, a robust economic model as well as advanced IoT (Internet of Things) integration, and be the pioneers in real-world applications.” VET is focused on real world use cases such as supply chains, medicine and healthcare, luxury and fashion, automobiles, etc. Until the launch of VeChain Thor, VeChain was dependent on Ethereum technology for smart contract development. The following factors differentiate it from other blockchain technologies:

VET uses a combination of blockchain technology and the Internet of Things (IoT) for tracking and tracing items throughout their life cycles. Each item is assigned unique identifiers (RFID tags) using IoT. Thus, each item is logged onto the VeChain blockchain, enabling each stakeholder to track the item.

Digital Assets + Digital Identity + Smart Contract = Smart Economy
Its consensus mechanism is based on Delegated Byzantine Fault Tolerance (dBFT), which supports a large volume of transactions per second. Randomly selected book-keeping nodes validate transactions on the network similar to Hyperledger Fabric and thus achieve consensus. It has evolved on the top of Ethereum’s blockchain model, and its developers claim that it closes the loopholes that the Ethereum contracts had. NEO developers also claim to have built a security algorithm which is known to be quantum computing proof. Thus, present day quantum computing hacks cannot break NEO’s algorithm.

NEO uses the NEOVM compiler to support several programming languages. It is crucial for network security and scalability that smart contract code gets isolated inside of the NEOVM. NEOVM is the lightweight implementation of Docker, which reduces the system resource requirements.
The following features differentiate NEO from other blockchain technologies:

The storage class is a static class that manipulates the private contract storage. The Storage.Put() method allows you to store data in the private storage area in key-value format.

Both accounts are considered as state objects and consist of the state of the Ethereum network. Memory storage and balance define the state of the contract account, while account balance defines the external accounts.
Ethereum uses a Proof-of-Work consensus mechanism, which is relatively old and used by the Ethereum and Bitcoin blockchains. It is quite slow and consumes much more power compared to the Proof-of-Stake consensus mechanism.

The table above highlights the differences between the Tron, VET, NEO and Ethereum blockchains.
In the current environment, updates on newly created blockchain technologies are received regularly and each option promises something superior to the others. It is indeed quite challenging to select any particular blockchain for development purposes. 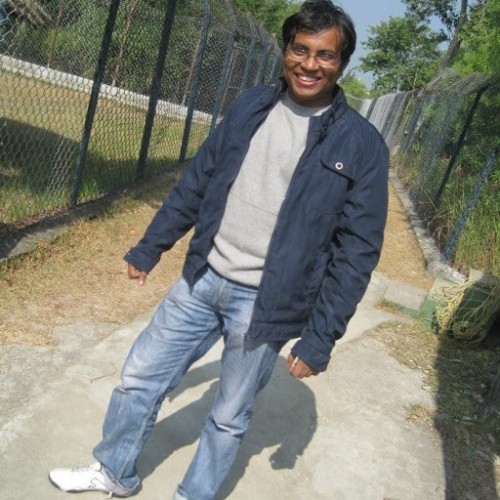 Bhaskar Narayan Das
The author has over six years of experience in the IT industry and works as an application developer with IBM. He has worked with Java, Python and databases like NoSQL and other related technologies. You can contact him at bhaskarndas@gmail.com.