Home Audience Developers Ethereum: Look Out for this Secure Cryptocurrency 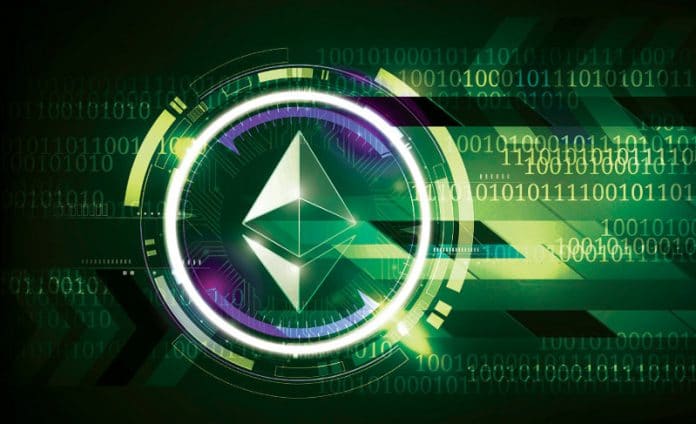 Ethereum is the foundation for a new era of the Internet. According to its website, Ethereum will enable an Internet where money and payments are built in; an Internet where users can own their data, and your apps don’t spy and steal from you; an Internet where everyone has access to an open financial system; and an Internet built on neutral, open-access infrastructure, controlled by no one company or person.

Everybody wants their money to be more secure and smart, and cryptocurrencies can ensure this in the most foolproof manner currently known. But risks and rewards are intrinsically linked, particularly in the case of the cryptocurrency market. Cryptocurrencies provide dynamically scalable and virtualised resources as services over the Internet. With the assistance of this technology, people can perform several functions, including financial transactions. Ethereum, as a technology, is a powerful tool to combat the issue of spam and hacking, to protect user information as well as secure the cryptocurrency market. This solution, which is based on the Merkle Patricial Tree, enables enterprises to work more efficiently and stops the spread of fraudulent financial transactions. 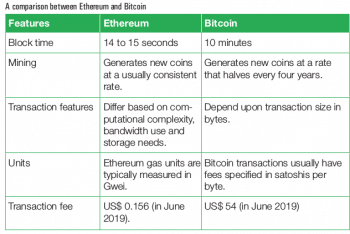 Ethereum – an introduction
Ethereum is an open source, public, blockchain based distributed computing platform and operating system that enables smart contracts. Ether is a token, the blockchain for which is generated by the Ethereum platform. Ether can be transferred between accounts and used to compensate participant mining nodes for the computations performed.

Ethereum was developed in late 2013 by Vitalik Buterin, a cryptocurrency researcher and programmer. The word Ethereum is based on the word ‘ether’, which refers to a hypothetical, invisible medium that people earlier believed spread through the universe and allowed light to travel. Ethereum appeared in the market back in 2015, and is now one of the most reputable tokens.

As is the case with other cryptocurrencies, the validity of each Ether is provided by a blockchain, which results in blocks that are linked and secured using cryptography. It is an open, distributed ledger that records transactions between two parties efficiently and in a verifiable and permanent way. Ethereum doesn’t rely upon Unspent Transaction Outputs (UTXOs). Here, current balances of all accounts and extra data are stored in a separate Merkle Patricial Tree.

Today, Ethereum is the second largest cryptocurrency in the world after Bitcoin. The latter’s recent popularity has proven to be very positive in the crypto market. However, analysts now believe that Ethereum is likely to extend its upward surge towards US$ 300 in the near future.

Challenges in Ethereum
Ether can be traded by regular currency brokers, on cryptocurrency exchanges as well as many online cryptocurrency wallets. Ethereum is a global, open source platform for decentralised applications. On Ethereum, you can write code that controls digital values, which run exactly as programmed and are accessible anywhere in the world.

Until recently, building blockchain applications required a complex background in coding cryptography, mathematics as well as significant resources. But times have changed. By providing developers with the tools to build decentralised applications, Ethereum is making things easier.
Like Bitcoin, Ethereum is a distributed public blockchain network. In the Ethereum blockchain, instead of mining for Bitcoin, miners work to earn Ether, a type of crypto token that fuels the network.

The Ethereum blockchain has some extraordinary capabilities. One of them is that you can build smart contracts. It’s a contract that self executes. It handles enforcement, the management, performance and payment.

Bitcoin and other cryptocurrencies exclusively operate as peer-to-peer digital currencies. Expanding the set of functions offered by Bitcoin is very complicated and time consuming. On the other hand, Ethereum makes use of a sort of Swiss Army Knife protocol. Ethereum’s core innovation, the Ethereum Virtual Machine (EVM), is a Turing complete software that runs on the Ethereum network. The EVM makes the process of creating blockchain applications much easier and more efficient than ever before. Ethereum potentially enables the development of thousands of different applications, all on one platform.

Any services that are centralised can be decentralised using Ethereum. Think of several services that exist across hundreds of different industries, intermediary services like title registries, voting systems, regularity compliance, etc. Ethereum can make such services easier and faster.

Benefits of Ethereum
So why do we need to move towards the Ethereum system? Here are some of the benefits that ought to push us towards making such a choice.

Limitations
Ethereum applications have their own downsides. These decentralised applications aren’t faultless. Since smart contract codes are written by humans, code bugs or oversights may occur. This may lead to unintended adverse actions. If a mistake in the code gets exploited, there is no efficient way to stop this attack or exploitation. Only obtaining network consensus and rewriting the underlying code can solve such problems This challenges the supposed immutability of the Ethereum platform.

Further, Ethereum has too many platforms. This platform has a ledger, a smart contracts generator and many more platforms that make it weak. Also, it is not possible to upgrade the Ethereum system so easily.

Gradually, Ethereum is becoming a sustainable cryptocurrency. There is long term scope for Ethereum and that is why its price is rising, just like Bitcoin.

The Ethereum network consists of over 27,500 nodes and each node runs EVM implementation. C ++, Python, Ruby, Go, JavaScript, Rust, Haskell and many more languages are used to program the Ethereum network. Many companies like Microsoft, IBM, Deloitte, Barclays, Credit Suisse and UBS are using dApps or decentralised applications of Ethereum.

The most popular application of Ethereum is its crowdfunding platform. Other than that, it is widely used in digital signature algorithms and securitised tokens. It is also suitable for digital rights management, online gambling, financial applications, systems identification and much more.

The programming languages mentioned earlier help the Ethereum network to:

Layers of Ethereum
The logic and mechanisms behind Ethereum work on the layers it employs. These layers include the following.

The Ethereum software layer: The Ethereum software layer has been built to allow the transaction of values in any shape or form. This may be currency, a house, an identity, the rights to use or reproduce a song, or any other asset you think of. Thus Ethereum’s capabilities extend far beyond that of Bitcoin, beyond just currency. All Ethereum code is open source and available on Github.com.

The Ethereum application layer — dApps: The combination of hardware and software layers described above has made Ethereum work as a global, decentralised computer on which third party applications can be developed.

There are more than 900 applications built on Ethereum. About 30 per cent of them are live while the other 70 per cent are still under development. Building these public, decentralised applications has several benefits like transparency, resilience, better code, etc.

The road ahead
Until now, enterprises have dealt with the blockchain in numerous different ways and with a variety of infrastructure options. But the blockchain platform applied to Ethereum is said to move decisively towards better and more secure cryptocurrency.

Ethereum presently is facing the problem of scalability. Several projects like Plasma, Sharding and Raiden are working to solve this problem. According to the Investing Haven, Ethereum’s price will reach US$ 1,000 by the year 2020. And it is the immutability and flexibility of the platform that are likely to act in favour of Ethereum.