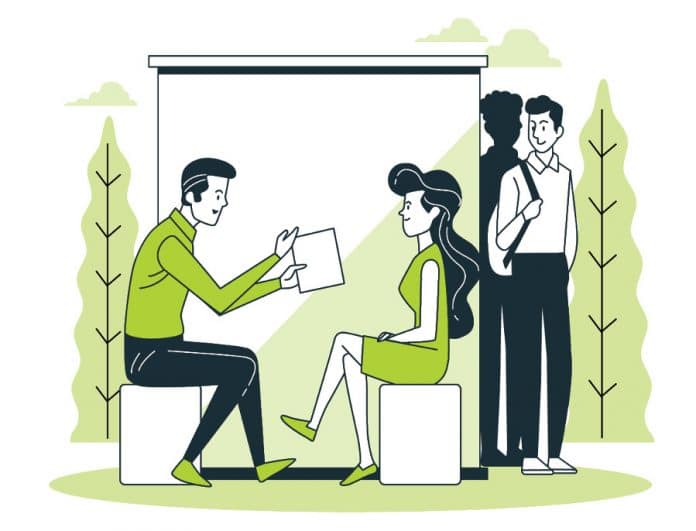 Even as India’s colleges and technical institutes churn out graduates by the hundreds, they often lack the requisite skills. Hence, many of them remain jobless and, often, very highly qualified people opt for menial jobs. We have heard the government reiterate the need for ‘Skilling India’. This article is an attempt to highlight the lucrative jobs in the IT industry along with the skills needed for them.

The Indian software industry is quite mature compared to various other countries. We cater to not only a thriving and challenging domestic market but also the global market. And as the needs of the market evolve, the various job roles have also been changing from time to time. This article highlights the major job roles that are in demand in 2019 in the IT industry.

1. Data scientists
Everyone knows about the most sought after job of the 21st century. The demand for data scientists in India is quite high and there is a lack of skilled resources to fill in the vacancies locally. According to an article published in the Economic Times, the demand for data scientists rose by 417 per cent in 2018. This means that such jobs are highly available and also pay well – excellent from a professional point of view. If someone wants to build a career in data science in India, then this is the right time to pick up the necessary skills for the job. The required skills include one of the programming languages such as Python, R or SAS; knowledge of SQL, statistics, Big Data; and above all, a deep curiosity to research data. The median salary in India is around ₹1.15 million
(11.5 lakhs) per annum.

2. Machine learning (ML)/artificial intelligence (AI)
The next job that is in high demand in 2019 is for ML/AI professionals. According to the article in the Economic Times, there are 50,000+ job vacancies for ML/AI related jobs. Shortage of skilled resources in these fields has led to very many vacancies. Machine learning and AI require people to have programming and mathematical skills which could be used to train systems for decision making. The skills needed are programming skills (Python, Java, C++, R, etc), a strong foundation in mathematics covering probability and statistics, strong algorithm building skills and above all, curiosity, patience and perseverance. The median salary for ML/AI job roles in India is ₹ 1.43 million (14.3 lakhs) per annum.

3. Cloud architects/developers
There is no doubt that every industry is aiming to have its infrastructure and applications hosted in the cloud. This brings us to the next in-demand job role – the cloud architect/developer. The architect helps an organisation to design a possible infrastructure hosted in the cloud while the developer creates the applications that run on it. India will have one million cloud professionals by 2022. While there are several cloud providers who have their own knowledge repositories, some of the most basic skills such as virtualisation, containerisation, serverless computing, NoSQL DB and programming skills are necessary for every aspiring cloud architect/developer. The entry-level salary for a cloud professional could be in the range of ₹ 1.2-1.9 million (12-19 lakhs) per annum.

4. Cyber security experts
As technology is evolving, so are the modes of attack employed by malicious applications. Thus the challenge is to provide a secure means for the current applications to operate, bearing in mind that the Internet is of prime importance to all organisations. It is estimated that the Indian cyber security market will be around US$ 35 billion by 2025 and at present, more than 30,000 jobs are vacant across the country. The skills required for the job are the ability to learn about various types of security threats, to be able to hack into systems, programming skills and the ability to adapt to the situation. The median salary for a cyber security professional is around ₹ 1.1-1.9 million (11-19 lakhs) per annum while top-notch experts in the field can draw ₹ 2-4 million per annum.

5. IoT engineer
We are living in an age when almost all devices are being connected to the Internet, which is why the IoT engineers enter the picture. They design, develop and program the devices so that the latter can interact with the Internet. The demand for IoT engineers has been rising consistently. The period from 2014 to 2016 saw a 300 per cent rise in demand for IoT professionals. The global IoT market is expected to grow to US$ 300 billion by 2025, as per the latest statistics. The Indian government’s promise to invest US$ 70 billion in smart cities makes this job role even more in demand. The skills that are required vary from programming to integrating small devices such as Raspberry Pi, Arduino, etc, to various other systems; or building a new smart system from scratch that could be connected to the Internet. In India, the median salary of an IoT professional, according to November 2019 statistics, is ₹ 21,238 per month.

7. Program manager
With the digital revolution going on across the world, the demand for program managers has also increased. It is quite impossible for any organisation to roll out a new policy or a program without naming a program manager who will take charge – to carry out the policy and the entire program. Most organisations that are dealing with challenges such as digital transformation, integrating ML/AI, etc, require a program manager who will oversee such work and evaluate all the possible opportunities and challenges. This job role requires experience in handling four to five projects and staying updated with all that’s new in software development as well as in digital technology. The salaries can vary depending on the experience and the organisations; however, the entry-level program manager can expect salaries in the range of ₹ 2.9-3.6 million (29-36 lakhs) per annum.

8. AR/VR developer
The next tech revolution to unfold is augmented reality and virtual reality. It is a new field which has seen growth in the demand for developers. While augmented reality uses image capture to get various information from the image, virtual reality deals with tools and gadgets that simulate a different world. Both have seen encouraging usage in several fields, especially the medical domain, where doctors can simulate an emergency operation beforehand and predict its success rate without actually performing the operation. The developers come with skills such as programming for image processing, 3D imaging, simulation and significant application development. The median salary that could be expected is in the range of ₹ 700,000-1.1 million (7-11 lakhs) per annum.

9. Drone developer
The newest entry to this list of in-demand jobs is the drone developer. Drones have become quite a rage and are being used in areas ranging from sports to inspection of plant or machinery where human entry is not possible. With Amazon and other tech giants announcing deliveries using drones, the demand for drone developers is undoubtedly rising. A drone developer comes with skills to develop applications that can handle drones and is also able to build drones for various business requirements. The median salary is still not clear, but as the industry evolves, benchmark salaries will become established in the coming years.

10. DevOps engineer
No matter what technological changes occur, the cloud is here to stay and almost all the applications and business infrastructure will be shifted to it sooner than later. The demand for DevOps engineers will go up and it’s worth being prepared for this. A DevOps engineer’s challenge is to look after the build, deployment, operation, monitoring and other infrastructure related issues. The skills required are knowledge about the infrastructure, scripting and programming skills, collaboration skills, and so on. The average salary of a DevOps engineer is ₹ 569,000 (5.69 lakhs) per annum.

In the future, we can expect more job roles as tech advances take place. Some roles that could emerge in the future are digital growth hacker, quantum computing expert, driverless car developer, engine-less car developer, mobility developer/consultant, etc. And some skills will always be in demand, no matter what comes into the market next. These are full-stack developer job roles, data architects/engineers, DBAs, project management experts, etc.