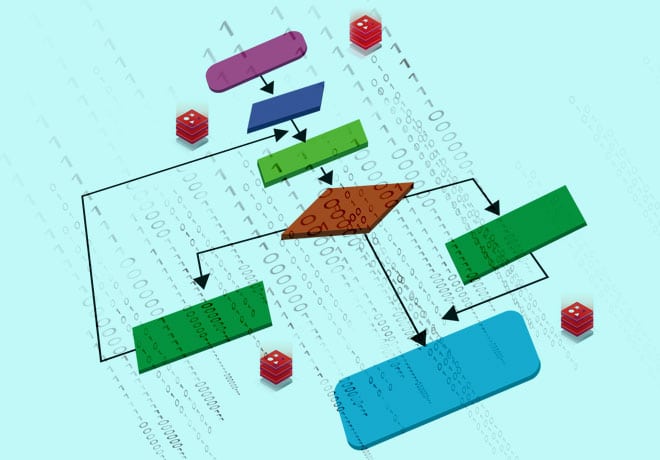 A critical factor that decides the optimal performance of a software application is the ability to handle data using specialised representation. However optimised the business logic may be, a delay in fetching the data will scale down an application’s performance. To make the application perform well, the associated data feeding and representation should be done with the highest possible precision and efficiency. A delay of even a few nanoseconds can cascade into a significant one and make the end user feel the lag in the application.

Redis is one of the many solutions that enable applications to fetch and handle data in an efficient manner with the help of various data structures.

Redis is polymorphic in nature, and may be used in many ways. Some of the important forms in which it can be used are listed below (see Figure 1):

The following features further enhance the utility of Redis:

Redis is built using ANSI C. It works without any external dependencies on various platforms such as BSD, Linux and OS X. Official documentation recommends using Linux for deploying Redis. As per the documentation, official support is not available for the Windows OS. Redis releases are available in three different versions: unstable, pre-release and stable. The current stable release of Redis is 6.0.9 and can be downloaded from https://download.redis.io/releases/redis-6.0.9.tar.gz.

You can try using Redis without installing it locally. The ‘Try Redis’ Web application can be found at https://try.redis.io/, and a screenshot is shown in Figure 4.

By entering the command Tutorial, an interactive and user-friendly tutorial session can be launched.

Set and get
The basic operation in Redis is to set values for a key. This can be done with the following command:

In this example, magazine:name is the key. The value stored at the key is open source for you.

Once a key is set, its value can be retrieved any time with the help of the GET command:

This command will fetch the value of the key magazine:name, i.e., open source for you.

Increment and decrement values
The numeric values stored in keys are incremented or decremented using incr and decr, respectively:

In this example, a key age is set to 25 and the incr command has incremented its value by one, i.e., to 26. Similarly, the values can be decremented with the decr command:

Increment and decrement by a specific offset can be done with the incrby and decrby commands:

Setting the expiry for a key
Redis provides a method to set the expiry duration for a key. This can be done with the expire command:

In this example, a key seatcount is set to the value 10 and the expire command is used to set an expiry of 180 seconds. At any point, the ttl command can be used to check the time till when the key will be available. An example is as follows:

The ttl command shows the time that remains for the key to expire, which reduces as time passes. Once the time limit is reached, negative values are returned.

The llen command is used to return the number of items in the List:

The command Lrange is used to display the elements of the List:

lpush is used to add the values at the beginning of the List, as shown below:

Similarly, items can be removed from the beginning and the end of the List with lpop and rpop commands, as shown below:

The aforementioned commands used to manipulate the List are representative in nature. Redis provides many operations for other data structures too, just like it does for List.

Set data structure
Another data structure Redis supports is Set. Here, there is no ordering of elements. Some of the operations on Sets are listed below.

A code snippet with sample operations on Sets is as follows:

Redis has introduced the Sorted Sets feature from version 1.2 onwards, in which each item has a score that may be harnessed to sort the elements.

Hash data structure
Redis hashes are an efficient data type and can represent objects that have various fields. They establish a mapping between string fields and string values. An example is shown below:

Then, with the hgetall command all these fields and their values can be fetched:

The keys alone can be fetched with the hkeys command:

The complete list of commands that Redis provides is available at https://redis.io/commands.

Transactions support
Redis supports transactions in which a group of commands get executed in a single step. All the components are either executed as a set, or nothing is executed. A Redis transaction is enabled through the following commands:

A transaction in Redis begins with a multi command. After this, multiple commands are given, which are not executed instantly. They get executed as a batch when the Exec command is given. The waiting commands in the buffer are discarded with the Discard command.
A simple transaction is shown in the following code snippet.

As stated earlier, all the commands get executed when the exec command is fired.