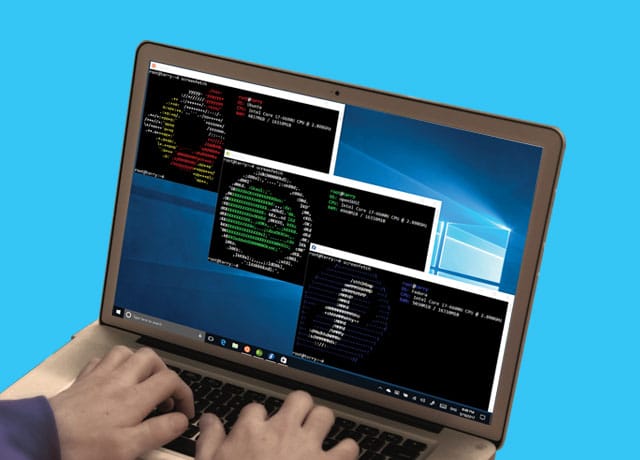 It is common to have cross-platform development of applications, since most developers do not have multiple machines. Today, it is quite simple to install a Linux development environment in a machine that has a Windows OS, thanks to the Windows Subsystem for Linux (WSL) feature offered by Microsoft.

Many Linux application developers have Windows OS machines and use remote Linux servers for work by connecting through SSH (like installing PuTTY software on Windows). These Linux servers/machines are generally shared among multiple developers for their development work. However, very often developers want their own machine instance and that is when a virtual machine (VM) is used.

On Windows OS based systems, there are VM solutions like VirtualBox or VMware, through which you can install any Linux distro (or any operating system for that matter) you like from an installer ISO. But many developers do not like this due to the performance (it’s very slow and heavy for the overall host system), compatibility issues, lack of tools and support.

The distributions listed below are directly available in Microsoft Store:

Alpine WSL
(There are many other Linux distributions that are unofficially supported by WSL.)
For Linux application developers, WSL provides the Linux development environment — which comprises most of the command line tools, utilities and applications — directly on Windows without the overhead of a traditional virtual machine or dual-boot machine setup. This is a far better user experience than Cygwin, which was used for basic Linux development environments on the Windows OS.

The prerequisites for WSL are:

Installation
Here is an example of setting up a WSL environment using Ubuntu 18.0.4 LTS. There are two ways to do this — through Microsoft Store and through the PowerShell command line.

Microsoft Store: You can directly install the desired distro by searching for it (say, Ubuntu) in Microsoft Store. If Microsoft Store is not installed or not accessible, you can install it through the command line as mentioned next.

PowerShell: Open PowerShell as administrator and follow the steps given below.

1. The first step is to enable the Windows optional feature–WSL by executing the command given below:

It will ask for a computer restart.

2. Once the machine has restarted, the next step is to download Ubuntu-18.04 through the PowerShell command line (for a different version, kindly check https://docs.microsoft.com/en-us/windows/wsl/install-manual):

3. Extract the downloaded distribution by executing the following commands:

4. To run the Linux distro (Ubuntu), change to the extracted directory and execute the binary:

5. Once you run the distro name executable, it will start setting up the environment and ask for a new user name and password; after that you’re good to go.

Leveraging Microsoft development tools
As WSL is natively integrated with the Windows OS, developers can build and debug Linux applications with Windows tools like Visual Studio Code and Visual Studio. Visual Studio Code (https://code.visualstudio.com) is a free and powerful IDE, which has an extension that allows you to attach VSCode to WSL directly (refer to the document explaining this process at https://code.visualstudio.com/docs/remote/wsl). This helps developers to use the powers of the GUI IDE of Windows and command line of Linux simultaneously. There are many other extensions (code formatting, Git history, Docker, etc) in VSCode that give developers lots of flexibility.

WSL vs virtual machine software
Performance is always a concern for developers when they use VMs. Most benchmarks suggest that WSL performance is nearly as good as native Linux distributions. However, in some I/O tests bottlenecks were experienced while using WSL. The new version, WSL2, has improved upon this.

WSL has quite a few benefits over virtual machine software. These are:

Windows Subsystem for Linux (WSL) is a remarkable product and initiative from Microsoft that gives one the functionality of almost a full-blown VM without the hassle of spinning one up. WSL requires fewer resources (CPU, memory and storage) than a full virtual machine, and it also allows one to use Windows apps or tools along with Linux command line tools. Developers using Windows machines for building Linux applications find WSL has significant advantages over VMs.