Home Audience Developers Microsoft and its Relationship with Open Source 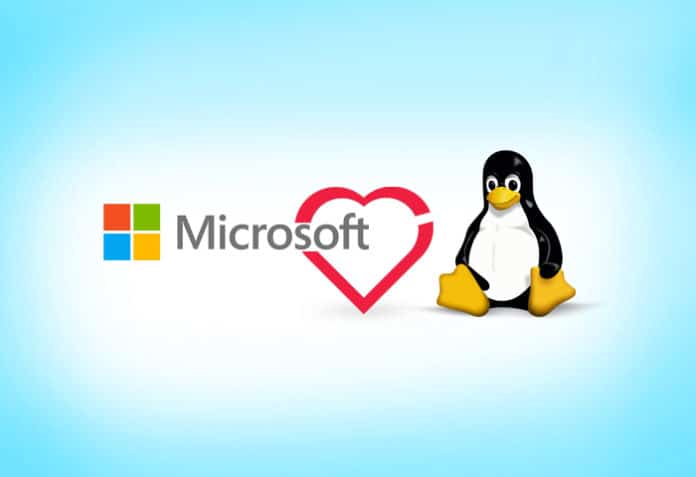 Microsoft and its evolving relationship with the open source paradigm is a good case study into how breakthrough technologies can revolutionise an industry, and how big corporations have a hard time adapting to them. In this article, we take a deep dive into the history of Microsoft’s relationship with open source and gather some key insights from this story.

The changing relationship between Microsoft and open source technology has been well documented. On the face of it, it seems straightforward. Microsoft makes proprietary software and the open source paradigm threatens that model, given that open source by definition means making the source code public. Therefore, it only seems logical for Microsoft to have resisted this change. Why, then, did this resistance turn out to be futile for Microsoft and many other companies that followed in its footsteps?

This is an important case study because it emulates a recurring pattern in big tech companies and their resistance to adapting to disruptive technologies. This might sound counterintuitive. One would expect breakthrough technologies to be adapted by tech companies faster than others. But that is rarely the case. We shall discuss more on this towards the end of the article.

Microsoft and ‘free software’: From 1970s to 1990s
In 1974, Bill Gates with his longtime friend Paul Allen, started work on creating the first BASIC interpreter for the Altair 8800. In 1975, they co-founded Microsoft, a software company that would sell proprietary software. However, by 1976, the BASIC interpreter written by Gates and Allen was being used for a variety of hobbyist projects. The copying and distribution of the BASIC interpreter was easy, and programmers had found quick workarounds to pirate the technology and use it in their own machines.

The sales for BASIC started to drop, as people started opting for cheaper or free alternatives that were being shared by other developers. This prompted Bill Gates to write an open letter to the community of free software hobbyists in which he heavily criticised the trend of free software distribution. In the letter, Gates pointed out that to use a programmer’s code without paying him or her for the time and effort put into making it was unauthorised copying, and would discourage the developer community from innovating.

This was in opposition to the stance of the free software community that saw making software proprietary and hiding the source code as a form of monopolisation of technology and disempowerment of the masses. By making the source code public, the technology stayed transparent, secure, accountable, and adaptable, which encouraged developers from all spheres of income and knowledge levels to contribute and innovate in an inclusive manner.

By the late 1990s, the free software community had grown significantly, and the ‘Free Software Movement’ founded by Richard Stallman had started discussing appropriate terminology to describe the paradigm. The term ‘free software’ was seen as a label with political motivations put on the movement by Microsoft and other tech giants to insinuate that the community only produced unauthorised software or pirated forms of technology. With the birth of Linux and its subsequent popularity, the free software community had evolved into something much greater than a network of tech hobbyists making DIY home projects.

In 1998, at a meeting at Palo Alto, California, the term ‘open source’ was proposed by a committee of the members of the Free Software Movement. Linus Torvalds and Richard Stallman gave their support to the proposal, and the term was quickly adopted across the community.

Eric S. Raymond, one of the members of the committee that helped coin the term open source, started the Open Source Initiative later that year. However, the open source community never truly got rid of the ‘free’ label, as even today any software developed under the open source paradigm is labelled as FOSS (Free and Open Source Software).

Meanwhile, Microsoft grew stronger in its stance against open source. Leaked internal memos from the company at the time, which later came to be known as the ‘Halloween Papers’, showed the company’s attempts to find strategies to tackle the surge of open source development.

The brunt of the ire was on Linux, which was being seen as a popular alternative to proprietary operating systems. While Microsoft led the race (and continues to do so till today) in the personal computer market, Linux quickly gained popularity as an operating system for developing and distributing all forms of technology — from simple machinery to advanced space equipment.

The winds had begun to shift in the developer community and open source was quickly becoming the norm. This became all the more apparent when Netscape released its source code under the Netscape public licence. Microsoft could feel the tables turn.

Microsoft and open source: From 2000 to 2013
Bill Gates’ stance remained unchanged despite the growing popularity of open source. His successor CEO at Microsoft, Steve Ballmer, also remained a staunch critic. On one occasion, Ballmer compared the developers of the Linux kernel to communists. In many interviews during the course of this period, Bill Gates continued to argue that the open source paradigm stunts the development of innovative software.

Despite its strong vocal stance against open source, Microsoft had started to experiment with open source development. In 2004, Microsoft released Windows Installer XML under an open source licence. This was the first software by Microsoft to be made available under a public licence. In the same year, Microsoft participated at LinuxTag, the biggest open source software exposition in Europe, held in Germany.

In 2007, Microsoft hired Tom Hanrahan, the former director of engineering at the Linux Foundation as the director of Linux interoperability. In the same year, the Open Source Initiative approved two public licences designed by Microsoft — the Microsoft Public License (MS-PL) and Microsoft Reciprocal License (MS-RL).

In 2008, Microsoft officially joined the Apache Software Foundation and co-founded the Open Web Foundation in collaboration with Google, Facebook, IBM and others. Microsoft also started distributing the open source JavaScript library, JQuery, along with the Visual Studio IDE.

In 2009, Microsoft started contributing to the Linux kernel and released the source code of .NET Micro Framework to the developer community under the Apache 2.0 License.

The first tools for Python deployment on Visual Studio were released in 2011 and in the same year, Microsoft ported Node.js to Windows. Microsoft was also the fifth largest contributor to the Linux kernel for the year 2011, contributing nearly 4 per cent of the changes made.

Microsoft officially partnered with LinuxTag for the latter’s 2011 event and sponsored their 2012 event too. In 2012, Microsoft started running Linux virtual machines on its Azure cloud platform which quickly rose to popularity. The same year, Git support was also launched for CodePlex. The Typescript programming language became the first open source project by Microsoft to be uploaded on GitHub. In 2013, Microsoft added Git support to the Visual Studio IDE.

Microsoft and open source: From 2014 to the present
In 2014, Satya Nadella took charge of Microsoft as CEO and the company’s stance on open source changed officially. In a live discussion regarding the company’s cloud strategy in San Francisco, Nadella displayed a slide that read ‘Microsoft loves Linux’. This ended the decades-long idea of seeing Linux as a competitor and instead seeing it as an ally for boosting development and adopting open source to the core of the enterprise. The same year, Microsoft released the source code of its famous .NET framework in order to boost open source engagement and enhance development.

In 2016, Microsoft acquired Xamarin and released a version of PowerShell for Linux. Microsoft also released a Linux Subsystem for Windows, using which Linux applications could be run on Windows. In the same year, Microsoft invested in the Linux Server technology, which made it a platinum sponsor of the Linux Foundation thus affording the company a seat with the members of the board. Steve Ballmer changed his stance on open source software saying he supports Nadella’s policies. Microsoft also announced that it had officially joined the Eclipse Foundation at the EclipseCon of 2016.

In 2018, Microsoft became the platinum sponsor for the Southern California Linux Expo. In the same year, it acquired GitHub, the largest open source code sharing and collaboration platform on the Internet for US$ 7.5 billion. This move made Microsoft a frontrunner in the race for open source adaptation. It also fortified the importance and the disruptive nature of the open source paradigm. Microsoft, a company that was once against the concept of open source, ended up becoming its staunch supporter.

In 2021, Microsoft announced Windows 11, in which it showcased the Windows Subsystem for Android that enables Windows users to run Android applications on their computers.

Analysing the pattern
Microsoft’s story with open source is far from unique. It is, in fact, typical of big corporations to show resistance or an inability to adapt to paradigm shifting technologies. As a company grows, it gets harder and harder to innovate. It also becomes just as crucial for the survival of the company to do so. Innovation in technology works bottom up. It starts with engineers trying to solve a real-world problem and when a breakthrough technology arrives, it is the outliers, the startups and the DIY mavericks that are the first to adapt to the new technology. When a company is smaller, the risk is lower and that makes it easier to pivot.

The same thing happened with the invention of the Internet. What started as a convenience project for the CERN laboratory in Switzerland has ended up becoming the medium on which all businesses survive today. A similar situation has now arisen with the advent of blockchain technology. What is interesting to note is that in a series of replies to the Halloween Papers (a series of internal memos and research of Microsoft regarding open source, free software and Linux), Eric S. Raymond wrote about the ‘FUD’ that surrounded open source. FUD is short for the ‘Fear, Uncertainty and Doubt’ that comes with the adoption of new technologies. In March 1999, Raymond wrote a letter titled ‘The FUD Begins’ in his response to Ed Muth’s allegation that open source is a weak value proposition. In June 2004, Raymond wrote another letter titled ‘Get the FUD’ which was his response to the ‘Get the facts’ campaign by Microsoft.

Presently, FUD is a term used mostly by blockchain enthusiasts and investors to describe the resistance that blockchain based technologies such as cryptocurrencies face. Though many companies such as Amazon, Twitter and Tesla have come to embrace blockchain with open arms, there are many others who are either silent or in opposition to the technology. There is also a lot of fear and uncertainty regarding what the future will look like with the advent of such a technology.

But if there is anything we can learn from this case study, it is the fact that the force of a breakthrough technology is insurmountable. Whether you are a tech giant or a startup, a developer with fifteen years of experience or a newbie just getting started in the industry, only the adaptable get to survive. Open source is one such breakthrough technology, and though Microsoft took its time, it managed to adapt. So if you haven’t worked with open source yet, you might as well start now.