Home Content Basics Aadhaar: A Testimony to Success of FOSS in India! 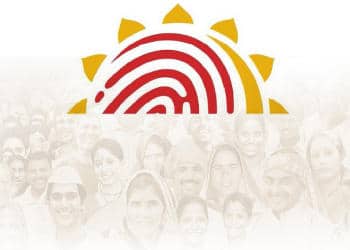 It is heartening to see how FOSS is powering one of India’s most prestigious and mammoth e-governance initiatives — the Aadhaar project from the Unique Identification Authority of India.

For those of you who need an introduction to the Aadhaar project, it is a 12-digit individual identification number issued by the Unique Identification Authority of India (UIDAI) on behalf of the Government of India. This number will serve as a proof of identity and address, anywhere in India.

Each Aadhaar number will be unique to an individual and will remain valid for life. By providing a clear proof of identity, Aadhaar is targeted at empowering the poor and underprivileged residents of the country to access services such as the formal banking system, and will give them the opportunity to easily avail various other services provided by the government and the private sector.

More than 6 crore UIDs have been issued till date, in an 18 month period. The UIDAI systems were recently scaled to process up to 1 million UID applications per day. Enrolments are actively happening in many Indian states. (Refer to the official UIDAI website for daily updates.)

The project is historic since it is one of the largest e-governance initiatives in India till date and the scale is unprecedented. What makes it all the more interesting is the fact that the project is driven extensively by the FOSS stack.

Where FOSS is the first and foremost choice

The UIDAI technology team had indicated its preference for open standards and open source, says Regunath Balasubramanian, principal architect, the UIDAI project. “We were prudent in the very early stages of the project. That has continued to be the project’s guiding philosophy. Initially, only the enrolment client application had a dependency on device drivers of a certain operating system, and that too was for just a short while,” he reveals.

Balasubramanian explains why open source software (OSS) became the first choice for the project: “The primary technical requirements of the project were of scale and vendor neutrality at all levels. FOSS helped us achieve vendor-neutrality in many of our application components, which is very important for an initiative of national importance. The use of open standards has encouraged multi-vendor participation. This has driven costs down and improved the quality.

“The per-CPU license costs that are normally associated with proprietary software have been largely eliminated. The benefits become more pronounced as the deployment footprint increases over thousands of CPU cores across multiple data centres.

“Access to the source code of the FOSS solutions has also helped us use them more effectively as we got a pretty good understanding of how it works, internally. The use of FOSS has also helped in its growing adoption by registrars and enrolment agencies, some of whom have strict guidelines around the use of proprietary software.”

The strategy of adopting OSS solutions that are mainstream, have a strong community backing, and are actively developed and enhanced, works well most of the time, affirms Balasubramanian.

But have there been any pitfalls during FOSS adoption? To this question, he replies: “The challenges to using OSS are that of perception, the willingness of developers to explore and the availability of support for all the solutions available out there.”

FOSS tools that are powering the UIDAI project

For the Aadhaar project, the UIDAI mainly uses FOSS solutions, a list of which is given below.

Apart from this, the project makes use of the Spring framework, an application container and custom-built server-like runtime for configuration, administration, call interception, monitoring and metrics collection. “We also use many of its sub-projects like Spring security, Spring batch, Spring MVC (model-view-controller), etc.,” reveals Balasubramanian.

The biometric devices and scanners used for enrolment are procured from the market by enrolment agencies. Initially, most vendors supported device drivers only for Windows. Now, drivers are available for other operating systems like Linux. The enrolment client software works flawlessly with these drivers on non-Windows operating systems as well, Balasubramanian affirms.

Since the data gathered for the UIDAI project is sensitive and is an access point for many different benefits, it also requires backups in case of crashes or physical corruption of data. So how does the UIDAI team ensure data security and disaster management? Balasubramanian divulges more details: “The UIDAI has a comprehensive security policy to ensure the safety and integrity of its data. Data in transit is encrypted to protect against tampering. The Aadhaar datastores are secured both physically and electronically, and access is given only to a few select individuals. Data is secured with the best encryption and in a highly secure data vault. All access details are logged. There are strict data retention guidelines that are adhered to, including rules related to redundant copies and multi-data centre deployment. We use FOSS distributed file systems (with data replication) for realising high throughput data read-writes within the data centre.”

Balasubramanian has been with the Aadhaar project from the time the work to build the core application was awarded to MindTree. He has since led the architecture, design and development efforts on the project. His team has built the enrolment client, enrolment and authentication servers, the portals and the business intelligence platform for the project.

He shares a few best practices that have helped him and his team in their journey with the project so far: “Some of the best practices that we follow have been driven in part by the chief architect of the project, Dr Pramod Varma. For example, we follow agile development so that feature releases can happen more often and feedback can be incorporated. There is a strong design focus where no part of the system is stereotyped to a certain product or approach. Fresh thinking is encouraged, and we try to keep our design principles simple and follow patterns whenever prudent.”

The Aadhaar project is consuming a lot of FOSS. The general interest in the project and in nation building has invited contributions and support from volunteers, user communities and technology teams, in general. “This collective wisdom has helped in feature design, technology selection and making course corrections, especially when solutions don’t work as required,” reveals Balasubramanian.

But is the project team also contributing back to the community? Balasubramanian affirms: “As far as giving back to the community goes, the UIDAI team interacts with user and developer communities of certain solutions that are being used in the project, the more significant being RabbitMQ, Hadoop and MongoDB. The developer community of RabbitMQ has been particularly helpful in our early days of adoption and, more recently, it has been the MongoDB community.”

Looking at this success story and considering how well FOSS has worked for the Aadhaar project so far, we are sure many other projects and initiatives will be inspired to leverage FOSS and enjoy many of its benefits.