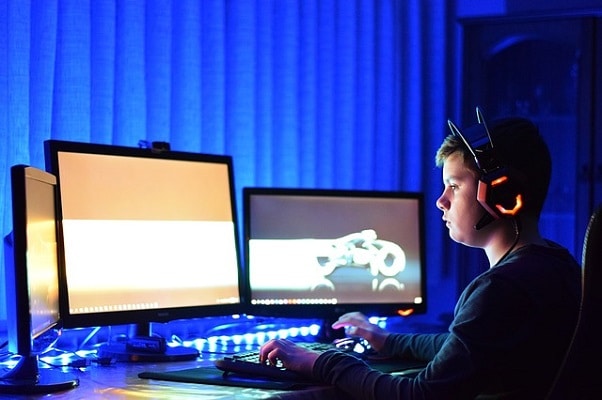 The techies in the gaming industry have always been the guinea pigs of the technology world and right now they are teeming with the buzz around blockchain technology – now believed to be the world’s leading software platform for digital assets.

After finding its successful application in almost every field like finance, agriculture and geospatial areas, blockchain – the decentralised technology developed by an anonymous Satoshi Nakamoto, is now making entry to the gaming space as well. In fact, some believe that the gaming industry would be the first to see the next generation using blockchain technology.

Journey of the gaming industry

Since ancient days games have been an eternal part of human culture for social interaction. Back then, they did not have access to technology, hence; their games were limited to the real world. Later with the advancement in technology, the era of video games got introduced following which we all got involved in games on PC and mobile phones.

Earlier, these games were limited to just one player or multiplayer available next to us. But this all changed as the game developers brought massively multiplayer online (MMO) games – online games with a large number of players on the same server. Now, the game developers are trying to shift their focus towards blockchain technology – the most popular one of this decade.

Present look of the gaming industry

This industry is one of its kind that is fascinating for developers as well as its users and investors. However, our beloved gaming industry still has several pain points for both developers and players. Let’s get introduced to some of them so that we know how blockchain can resolve them.

Players spend so much time and sometimes money to acquire their precious assets in the game but there is always a fear that they may lose them any day. Several scenarios can result in this outcome like the game creator might go out of business or some central authority might ban you from playing the game. This happens all the time as players do not own these digital valuables, rather, they are on the centralised server.

Digital asset of one game has no value in another

Suppose a player has spent a lot of time and money to obtain a sword in one game. Now, he has completed the game or he just wants to move on to the next game. He can not use his sword in the new game anymore as the sword never really belonged to him even though he had spent time and money on that. He can not use this sword or even exchange it for something in another game.

In the massively multiplayer online role-playing game (MMORPG), there is a need of separate servers for different regions. In fact, many sub-servers are also required to form the whole system. So, even if there are few players but from different regions, a large number of servers will be in use. Also, if one server crashes, a large area will lose connectivity as well.

Microtransaction is a myth

The free-to-play games are entirely based on the strategy to offer low-cost items and then upgrade it step by step with an almost negligible amount which finally adds up to a large amount. For example, they offer a sword for $15 and then upgrade it to next level at the rate of $0.25. The game developers can add 100 upgraded features. Players do not think too much before buying something worth $0.25 at a time. Hence; more players will buy the sword and would update it step by step without actually knowing how much they end up spending on it. But the traditional payment methods do not allow these microtransactions. Even payment channels like Paypal charge $0.35 + 2.5% of the transaction amount. Thereby, true microtransaction is a myth in the gaming industry right now.

The credit card companies, especially in western countries, are too good in protecting their customer rights. If you have any issues regarding a purchase on your card, you are free to raise a dispute and ask your money back. Now, in that case, there is very little a game developer can do. There is no way the credit company would listen to them. Moreover, game developers must pay $25 for every disputed transaction. Because of this, gaming industry loses millions of dollars in customer support.