Home Audience Admin Blockchain Technology and Data Security: What You Need to Know 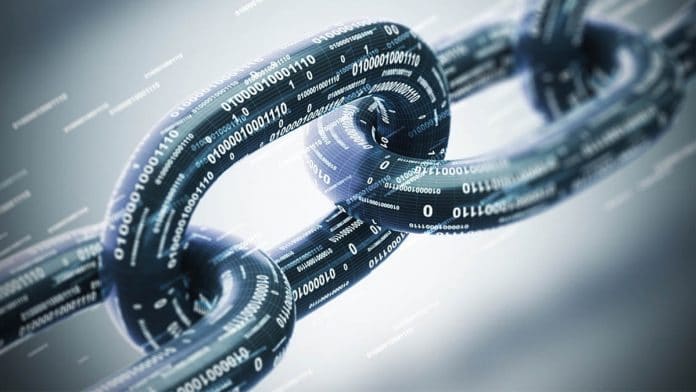 Bitcoin and other blockchain technologies have received a lot of media attention over the past year. The systems, aimed at disrupting traditional financial technology setups, have the potential to change the way we see the money. However, how secure are these new technologies? In a time where data privacy is becoming increasingly important, you need to be sure that your personal information is being handled correctly.

There have been a number of high-profile hacks of cryptocurrency trading sites, leading to the loss of millions of dollars. Is this a reflection of the tech at the heart of the systems? In this article, we’ll examine what blockchain and cryptocurrencies are and whether or not they’re secure.

Blockchain and Cryptocurrency Explained
These two words are often misused or used interchangeably. Although the detailed workings of each can be somewhat difficult to grasp, the concepts themselves aren’t. We’ve defined each term below:

It’s clear that these two terms are closely linked but refer to very different things. So, how secure are they?

Is the Technology Secure?
One of the most useful aspects of blockchain technology is that the transaction data recorded to it cannot be manipulated. Because the data is decentralized and on a distributed ledger, the system relies on the data being correct across each users’ version. This makes it extremely difficult for cybercriminals to target it. Some experts believe that the technology could be used to act as a cybersecurity shield. There are many opportunities for blockchain to be implemented, and a wide variety of companies are exploring options for increased data privacy and online anonymity.

Cryptocurrencies based on these systems can be considered secure in many ways. Because both a public and private key is required to access them, and because the technology is hard to hack, the digital currencies themselves cannot be altered. However, there have been many cases of digital coins being stolen from exchanges and digital wallets. It’s common for people to get scammed into sending their coins to fraudulent addresses. This makes it incredibly difficult to recover them. Other examples have seen websites being hacked and the coins they store being routed to a different wallet. The risk of this kind of digital crime is greatly reduced if you use a hardware wallet. This is a physical device where you can safely store your digital coins.

Ultimately, both technologies are incredibly secure. However, thefts of cryptocurrencies are common, particularly when users aren’t careful. It’s not the digital currencies themselves that get hacked, rather the exchanges and wallets in which they are kept.

Blockchain and Cryptocurrency Security
The financial sector has been shaken up of late, all thanks to these innovative systems. However, their unregulated and decentralized nature has led many to question the security of blockchain and cryptocurrencies. This fear seems to be unfounded, particularly when the fundamentals of the technologies are examined. The very nature of blockchain means that it’s incredibly difficult to tamper with. It relies on many different instances of the same information to be consolidated and checked. The implications and applications of this are great, and we’ll likely see much broader adoption in the near future.

Cryptocurrencies have been at the center of a media storm. There have been stories of instant riches, as well as significant losses. However, the stories of stolen or lost funds are not an indication of a security flaw in the technology. Instead, it shows that both users and websites that store the digital assets need to be constantly vigilant. There are a number of ways to secure cryptocurrencies, but being aware of the dangers is essential.