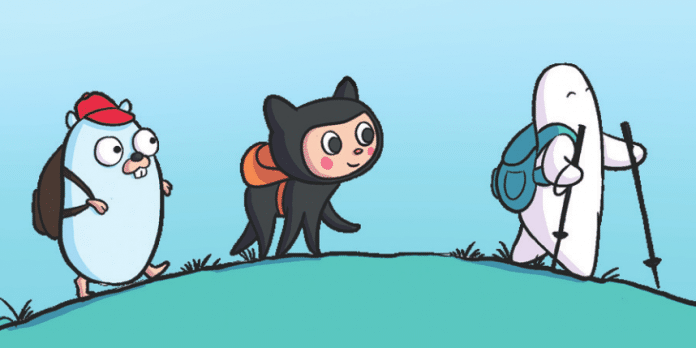 Faster than conventional databases, RethinkDB works in real-time. This open source, distributed and document-oriented database is designed to store JSON documents in an operable format with sharding and replication.

Traditional database management systems have similar structures and share common methods to insert, delete, update and query information. NoSQL based database systems, however, offer developers many choices for their specific data storage requirements. New scalability features have revolutionised these databases, though most NoSQL systems still rely on the creation of a specific structure that is organised collectively into a record of data. The access models of NoSQL based systems have not adapted to modern Web applications when it comes to fetching information, adding records to data and getting the information pulled out; rather, the user just queries the database by specifying some significant values.

RethinkDB takes an entirely novel approach to creating a database structure, as well as in the techniques it uses to store and retrieve information. RethinkDB works in real-time, and is an open source, distributed and document-oriented database designed to store JSON documents in an operable format with sharding and replication. It provides real-time pushing of JSON data to the server, which entirely redefines real-time Web application development. It implements a proprietary, function-based query language called ReQL to interact with its schemaless JSON data collections. Like MongoDB, documents in RethinkDB are hierarchical, dynamically typed and schemaless objects.

RethinkDB makes use of a custom-built storage engine primarily based on the Binary Tree File System (BTFRS) from Oracle, which promises various significant advantages such as less overhead on the CPU, SSD optimisation, power failure recovery, support for MVCC, and efficient multi-core operation and data consistency when failures occur.

In order to provide high performance and concurrency, RethinkDB makes use of multi-version concurrency control (MVCC). With this, every user can see a snapshot of the data, and if any changes happen in the master copy, child copies or snapshot copies are not updated until the master copy is committed.

The sharding process in RethinkDB

RethinkDB makes use of an advanced algorithm to perform sharding operations. Sharding is done on the primary key of the table for data partitioning and doesn’t make use of any other keys. In RethinkDB, the primary key and the shard key are the same.

The sharding process can take place in two ways. 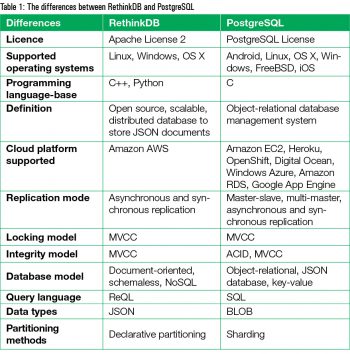 ReQL (RethinkDB Query Language) is regarded as a powerful query language for performing all sorts of operations on JSON documents. Compared to other NoSQL query languages, ReQL provides powerful features and is built on the following three key principles.

The ReQL data types can be categorised as follows: 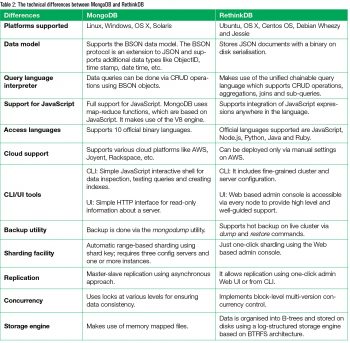 RethinkDB is considered as a good choice for those developers who build real-time applications. When a user makes a request, the application needs to respond at near-instantaneous speeds. Like MongoDB, RethinkDB is a fast and flexible JSON-based database management system.

RethinkDB is no doubt a good database engine but it has certain limitations in terms of administration and development. So when it comes to the overall rating of RethinkDB as compared to MongoDB, the latter is better on a few counts ( see Table 2).