Home How-Tos Tools / Apps Now, Developers Can Use Lightning Web Components to Build Apps on Any...

Salesforce introduced the JavaScript framework a few months ago by leveraging the web standards breakthroughs of the last five years. 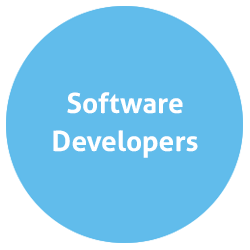 This will allow developers to use the same JavaScript framework to build applications on Salesforce or any other platform, the company said in a blog post.

Built on the latest web standards

Salesforce introduced Lightning Web Components a few months ago by leveraging the web standards breakthroughs of the last five years.

Among other standards, the JavaScript framework leverages custom elements, templates, decorators, modules and other new language constructs available in ECMAScript 6 and beyond.

According to the company, Lightning Web Components has three key parts:

The company noted that the Lightning Web Components framework doesn’t have dependencies on the Salesforce platform and instead, Salesforce-specific services are built on top of the framework.

Developers can now use the Lightning Web Components framework to build web apps that run anywhere, it said.

Developers can get started with the open source platform by visiting the new web site for the project: at lwc.dev.

Salesforce also tweeted to announce the open sourcing of its framework: