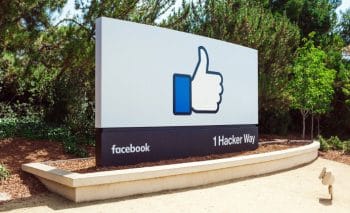 Facebook, Uber, Twitter and Alibaba have joined hands to form a foundation to help Presto, a database search engine and processing tool, scale and diversify its community.

Under Presto will be now hosted under the Linux Foundation, the U.S.-based non-profit organization announced on Monday.

The newly established Presto Foundation will operate under a community governance model with representation from each of the founding members. It aims to make the engine “the fastest and most reliable SQL engine for massively distributed data processing.”

“The Linux Foundation is excited to work with the Presto community, collaborating to solve the increasing problem of massive distributed data processing at internet scale,” said Michael Dolan, VP of Strategic Programs at the Linux Foundation.”

Presto can run on large clusters of machines

Presto was developed at Facebook in 2012 as a high-performance distributed SQL query engine for large scale data analytics. Presto’s architecture allows users to query a variety of data sources such as Hadoop, S3, Alluxio, MySQL, PostgreSQL, Kafka, MongoDB and move at scale and speed.

It can query data where it is stored without needing to move the data to a separate system. Its in-memory and distributed query processing results in query latencies of seconds to minutes.

“Presto has been designed for high performance exabyte-scale data processing on a large number of machines. Its flexible design allows processing data from a wide variety of data sources. From day one Presto has been designed with efficiency, scalability and reliability in mind, and it has been improved over the years to take on additional use cases at Facebook, such as batch and other application specific interactive use cases,” said Nezih Yigitbasi, Engineering Manager of Presto at Facebook.

Presto is being used by over a thousand Facebook employees for running several million queries and processing petabytes of data per day, according to Kathy Kam, Head of Open Source at Facebook.

Expanding community for the benefit of all

Facebook released the source code of Presto to developers in 2013 in the hope that other companies would help to drive the future direction of the project.

“It turns out many other companies were interested and so under The Linux Foundation, we believe the project can engage others and grow the community for the benefit of all,” said Kathy Kam.

Uber’s data platform architecture uses Presto to extract critical insights from aggregated data. “Uber is honoured to partner with the Linux Foundation and major contributors from the tech community to bring the Presto Foundation to life. Our goal is to help create an open and collaborative community in which Presto developers can thrive,” asserted Brian Hsieh, Head of Open Source at Uber.

Liang Lin, Senior Director of Alibaba OLAP products, believes that the collaboration would eventually benefit the community as well as Alibaba and its customers.