Many AWS customers have now received an email from the cloud provider, attributing the issue to invoices being sent early 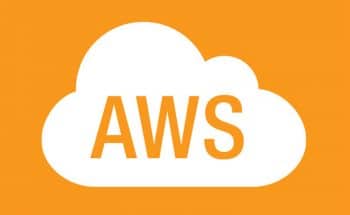 Many complained that their AWS charges had erroneously doubled or tripled in the billing mix-up, Computer Business Review reported.

The number of AWS customers affected is not known yet. However, going by the social media posts, it appears to have hit numerous AWS users in the UK.

“We just added one small EC2 instance yet my AWS bill is showing at 3x higher than last month,” tweeted Jason Cavett, CTO of webCemetries, which computerizes cemeteries’ records and helps them leverage technology.

Joe Dixon, founder and CTO of UK-based Ubisend, tweeted he was glad it wasn’t just his company’s account.

Joe Dixon, CTO of the UK’s Ubisend, tweeted he was glad it wasn’t just his company’s account.

“Pretty much ruined my Friday night when I logged in to check!” tweeted Dixon, whose company builds artificial intelligence-driven sales, service and human resources chatbots.

Another AWS customer — commenting on a thread about the issue on Hacker News — said: “I opened a service ticker. My ec2 instances have somehow been running for over 950 hours in one month.” [There are 730 hours, on average, in a month].

The user added: “Amazon invented more hours than actually exist in a month for billing purposes. Bezos is a genius! I should have thought of that!”

AWS clarifies on the issue

As per Computer Business Review report, many customers have now received an email from the cloud provider, attributing the issue to invoices being sent early. The company is processing a refund for the unexpected charge.

The email from AWS reads:

“We are notifying you that we incorrectly issued an early invoice for your September AWS usage on September 18th. As your card was charged successfully for this invoice, we are currently processing a refund for the unexpected charge. The refund generally takes 3-5 business days to be received by your bank and some banks may require additional processing time.”

“Your full monthly usage will be invoiced through our normal billing process on or around the 3rd of October. We will send another notification when your correct September invoice is available. We apologize for any inconvenience caused by this error.”

For have any query, users are asked to contact the AWS Customer Service Team.