Home Audience For U & Me A Brief Introduction to HydraChain, a Popular Distributed Ledger System 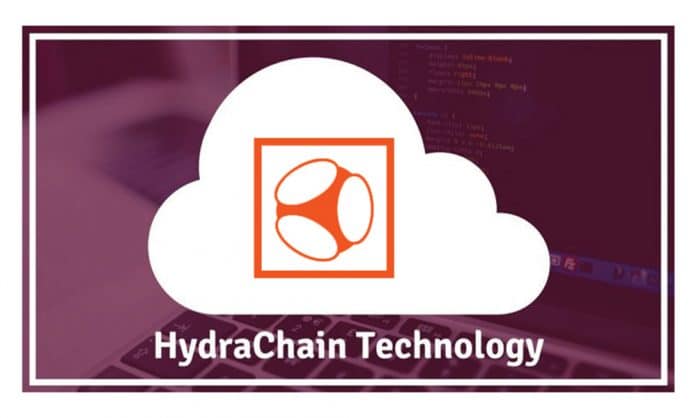 This article focuses on HydraChain and its features, installation process, smart contracts and how blocks are added to it, as well as some alternatives to it.

The open source PT-BSC (Primechain Technologies – Blockchain Security Controls) characterises a blockchain as a shared system which “timestamps records by hashing them into a progressing chain of hash-based verification of work, framing a record that can’t be changed without re-trying the confirmation of work.” A blockchain can be permissioned, permissionless or hybrid. Then again, a distributed ledger is characterised as a shared system, which uses a defined consensus mechanism to forestall the change of an ordered series of timestamped records. The consensus mechanism incorporates proof of stake, Federated Byzantine Agreement, and so forth. Blockchain technology has earned the trust of governments and banks around the world. HydraChain is a popular blockchain/distributed ledger system.

Local contracts bolster the ABI and are operable with EVM (Ethereum virtual machine) based agreements written in the Solidity or Serpent dialects, and can exist together on a similar chain. The imperative that all validators need to run a hub designed with a similar arrangement of local agreements is quite sensible in private chain settings.

The ‘Hydra’ in the name indicates that the product will support the running of a hub that simultaneously takes an interest in different chains. Next to other applications, this helps to support cross chain asset transfers as a native feature.

The architecture of HydraChain
HydraChain is a private blockchain that is dependent on Ethereum, an open blockchain. It uses PBFT to keep up the consistency of records at hubs in the square chain as opposed to a mining system, and its speed is a lot quicker than blockchains that use the mining procedure. Figure 1 shows the HydraChain design.

The installation process
While heading off to the execution side, HydraChain can be downloaded and introduced from GitHub, and offers a simple arrangement of systems. For system organisation, a few Docker document layouts are currently accessible in HydraChain. These layouts can be used while we make new systems.

You can install dependencies on Ubuntu as follows:

For installation, use the following code:

For multiple nodes in a single process, use the command given below:

For multiple nodes in multiple processes on the same machine, use the following command:

To run three nodes in three terminals, use the following command:

The rundummy command automatically configures a setup for num_validator nodes (instances of the application) which are running on the same machine. The node ID of each instance can be “specified by –node_num=<int> and –seed=<int> and can be used to configure a different set of keys for all nodes.”

For multiple nodes in a single docker daemon, go to: https://github.com/HydraChain/hydrachain/tree/master/docker.

Smart contracts and HydraChain
Solidity/Serpent based smart contracts can exist together in a similar chain with the Python based savvy contracts. Brilliant agreements are made utilising HydraChain, free of EVM (Ethereum virtual machine) as it has evolved in the Python programming language. The EVM gives a runtime situation to the agreements. EVM executes all the untrusted code and ensures security by limiting the access to one another’s state. However, Python based keen agreements will sidestep the EVM with the goal of executing quick agreements. Also, we know, Python is an easy to use language, less tedious and simpler to troubleshoot as well. Truth be told, you don’t have to go for another dialect like robustness for formative reasons.

How blocks are added
Fundamentally, HydraChain enables quick agreement execution. So the validation is a serious concern here. There is an enrolled responsible validator in the system that is liable for the approval of the squares and exchanges. In a HydraChain, all the squares are not permitted to enter the system without approval. That implies a square will be added to the system only when the validators sign that the square is required. So once a square is gone into a system, it is tenacious. There are no returns.

The HydraChain impedes the making of squares. HydraChain will make another square if, and only if, there is a pending exchange. At whatever point the blockchain can’t hold an exchange, it then will make a new square and the validator needs to sign it as a necessary square. The square will be added to the system after approval. As the validators are enrolled, a KYC is used for the members, to ensure that the exchange happens between enlisted members.
HydraChain provides adaptability to various segments of the blockchain like exchange cost, gas limits, beginning portion and square time. Every one of these segments has an unavoidable job in a blockchain.

HydraChain alternatives and competitors
Hyperledger: Hyperledger is an umbrella undertaking under the Linux Foundation. NodeJS, Alljoyn and Dronecode are some model activities that have embraced the ‘Linux Way’ — for example, to create a network of designers who take a shot at extending open source, keeping up the cycle whereby a bit of code is continually getting changed and redistributed.
Mastercard blockchain: Mastercard’s blockchain is permissioned, which implies that subtleties are just common and open to those taking an interest in the exchange. Organisations and banks can apply to get to its blockchain APIs and use them to assemble or increase their own cross-outskirt instalment stages. Mastercard doesn’t process any exchanges using its own blockchain and no cash is really sent over it. While the innovation is new, the potential is huge, given that Mastercard’s current settlement comprises more than 22,000 banks.

BlockCypher: BlockCypher is the foundation texture for blockchain applications. It is a cloud-optimised block chain stage fuelling cryptographic money applications dependably and at scale. It is a foundation supplier for cooperating with blockchains like Bitcoin and Ethereum. BlockCypher’s API gives a superset of the endpoints you’d find in reference usage, notwithstanding some exceptional highlights that make BlockCypher particularly amazing, such as reliable WebHook or WebSockets based Events and Address Forwarding.

Polybius: Polybius is the most recent in the progression of blockchain innovation. It is a cutting-edge, digitised bank, planned for improving accommodation, openness, correspondence and security. Polybius includes a digital pass, which will act as “a decentralised repository of private information about the users from their credit history to their medical records… which only they will have access to.”

Blockstack: Blockstack is a full-stack decentralised registering system that enables engineers and clients to connect reasonably and safely. Blockstack uses blockchain innovation to assemble conventions and designer instruments intended to empower a reasonable and open Internet that offers computerised rights to engineers and shoppers.

The Blockstack ecosystem comprises the lawful elements and network structures that help Blockstack innovation, the applications that depend on it and the individuals that work with it. The biological system is crucial to cultivate an open and decentralised Internet that sets up and ensures protection, security and opportunity for all clients.

Kickico: The Kick ecosystem is a finished gathering of pledges and trade biological systems that raise token deals to a better quality, driving them closer in complexity and security to present day money related frameworks. This ecosystem is a one-stop shop for crypto society, based on three fundamental functionalities–B2B-decentralised digital asset exchange, a fundraising platform and a payment acquirer.

The application of blockchain technology was “introduced over a decade ago, in order to perform peer-to-peer transactions of digital currencies between groups of untrusted network participants without the need of a third party.” Blockchain has evolved to develop multi-domain decentralised applications serving more than just financial transactions.