The new suite is a fully upgraded version of the existing software package for Xsens’ MTi-series of industrial motion trackers.

It provides for the first time an open-source applications programming interface (API) to enable users to develop applications to run on many embedded computing platforms, ee News Europe reported.

The new open XDA also enables users to see what is going on inside the API, and follow the communication flow between a motion tracker module and a host processor.

Architecture of the latest iteration of the XDA 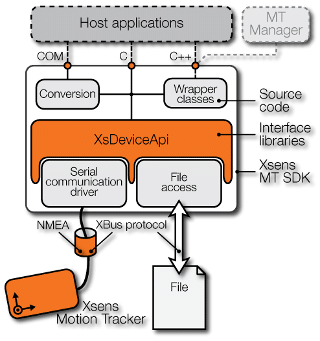 The company claims that a large amount of bugs have been fixed in the latest MTSS and Firmware release.